As for many Serbians, at home or abroad, the images of Kiev devastated by Russian forces remember the NATO attacks in 1999 and testify, for them, the failure of EU diplomacy. Nina Markovic-Khaze (PhD, Macquarie University) writes about the narratives behind these attacks and possible political solutions when the weapons will stop.

A personal experience of being caught in a war between a great power and a small state shapes your life profoundly. You start to pay more attention to the narratives used to justify conflict and the lack of peaceful solutions on all sides.

The war over Kosovo in 1999, between 19 members of the North Atlantic Treaty Organization (NATO) and the Yugoslav federation (then composed of Montenegro and Serbia) has strengthened Russian President Vladimir Putin’s belief that “might is right” in international relations. During and in the lead-up to the war in Georgia in 2008, the annexation of Crimea in 2014 and now devastating all-out war in Ukraine, Russia’s arguments for engaging in an aggressive conflict were based on the invoked principles of a reverse-engineered Responsibility to Protect (R2P) and humanitarian intervention. Those concepts were invoked by US-led NATO forces in 1999 to attack a sovereign country in NATO’s first offensive large-scale military operation in history which lasted in the heart of Southeast Europe for 78 days. A different line of argument was used by the Bush Administration to attack Iraq in 2003 (also without UNSC endorsement), but one which Putin also adopted, under the pretext, in the Ukrainian case, of “de-nazifying Ukraine”.

The current war in Ukraine (declared by Russia on 23 February 2022) has been, like its historical precedents in Kosovo and Iraq, a failure of mediation and diplomacy. Ominous signs of conflict within Ukraine came about with the large anti-government protests in Kiev in 2014. It led to Ukraine’s President Victor Yanukovich being deposed and fleeing to Russia, with the extent of his wealth displayed on national television. Many Ukrainians were furious over his decision (in 2013) not to support the European Union-Ukraine Association Agreement which was believed to bring Ukraine closer into the EU’s orbit. Russian President Vladimir Putin has responded by annexing Crimea, a strategically vital port in Russia’s maritime security strategy.

The violent suppression of protests by the Ukrainian police and state security services, including the murder of more than 45 activists, has seen exiled Yanukovich in 2019 being tried and found guilty in absentia of treason, and also receiving a 13-years jail term.

In the current phase of an active warfare between Russia and Ukraine, observers are wondering whether Russia’s apparent intention on regime-change will bring back Russia-based Yanukovich to power as a more “acceptable” leader to Moscow’s strategic interests in Ukraine. This could lead to another of Moscow’s reverse engineered narratives invoking the 1953 coup d’état when U.S. agencies (CIA) spearheaded Iran’s regime-change “mastery” in a record timeframe (less than one week).

Ukraine as the gatekeeper of many Soviet secrets, including nuclear-powered missiles

Yanukovich—a mechanical engineer by trade, former member of the Communist Party, businessman and ex-Governor of the coal-rich Donetsk province—was twice the Prime Minister (2002-04 and 2006-07) and then the President of Ukraine (2010-14). ‘In 2004, Yanukovich was in the global spotlight due to his opponent for Presidency, Viktor Yuschenko, suffering adverse effects and physical disfiguration following an assassination attempt through poisoning.. (Interestingly, Serbia’s pro-democracy activists have inspired, and provided training courses on youth vote mobilization strategies for Ukraine’s Pora before the Orange Revolution in 2004).

Exiled Yanukovich was originally nominated for the PM’s post in 2002 by a former pro-Russian Ukrainian President Leonid Kuchma, also an engineer and technical manager of Kazakhstan’s top-secret space program during USSR and later, the general director of then one of the world’s largest rocket construction companies, Yuzhmash. This company designed and produced the Soviet intercontinental ballistic missiles (ICBM) and rockets for the Soviet Union’s space programs, which were regarded as cheaper than their competitors on the market and had a “great technical performance” (including the silo-based “Satan” missile, R-36 or SS-18 with a nuclear warhead, and the Tsyklon space rockets). It is to be expected that if Ukraine still holds the keys of many Soviet-era military secrets then Moscow would prefer not to share any of the technical know-how with the West or any others since Russia’s current missile arsenal is build upon the Soviet technical knowledge.

Half of Ukraine’s energy needs are met through nuclear energy. In recent years the Ukrainian Government, wanting to reduce its nuclear fuel dependency on Russia, has shifted its purchasing of nuclear fuel from Russia to the US. In September 2021, Ukraine’s Energoatom company has signed a deal with the US-based Westinghouse to build new reactors at established sites. The Ukrainian Government also explored the possibility to purchase smaller modular reactors from NuScale, a US company. Russia’s take-over of Chernobyl nuclear plant early in the conflict is likely to reverse Ukraine’s turn to the West for nuclear fuel supplies and Research & Development technology investments in this field.

A restoration of “Grand Vizier” Yanukovich?

One of the options for Moscow should Kiev fall is to restore Yanukovich. Afterall, he was a trusted leader by Russia despite his lack of credibility among many Ukrainians today. Such a political gamble could backfire, however. The question is also whether exiled Yanukovich could adequately support Russia’s strategic interests in a divided Ukrainian nation which he in the first place “helped” to divide? A more suitable option for Moscow would be to install another, less controversial local Ukrainian leader with a pro-Russia sentiment.

The current President of Ukraine Volodymyr Zelensky with the task of defending his country in the face of Russian onslaught has made many mistakes in his country’s territorial defense, demonstrating his failure of leadership. For example, the decision to arm ordinary citizens on the streets of Kiev and turn the war into urban guerilla warfare is reminiscent of the siege of Sarajevo, which lasted for many years. His options are indeed severely constrained by the lack of European and NATO support in the face of an enemy with a much more powerful armory and military that was specifically trained to carry out such an attack.

A humanitarian disaster and refugee overspill into neighboring countries has seen NATO countries’ defences shored up but with the NATO Secretary-General announcing that they would not, at this stage of the conflict, engage with Russia militarily. The question that remains is: if Moscow installs its former “Grand Vizier” Yanukovich to power, or a similar pro-Russia leader in Kiev, while the conflict in many parts of Ukraine is still ongoing, how will the rest of the world, including Ukraine’s neighbors respond to assist Ukraine? Economic sanctions against Russia are not likely to have a major effect to stop the war, especially since Russia and China have recently signed a 30-year long agreement on oil and gas supply. Europe’s energy security is still highly dependent on Russia’s gas supplies.

Whether he is the first choice or not, exiled Yanukovich will probably still play a role in Ukraine’s post-invasion politics.

As for the Balkan states whose populations are closely watching the Russia-Ukraine conflict which invokes their own painful memories, the failure of effective mediation has, once again, demonstrated the weaknesses and limits of the EU’s crisis diplomacy. 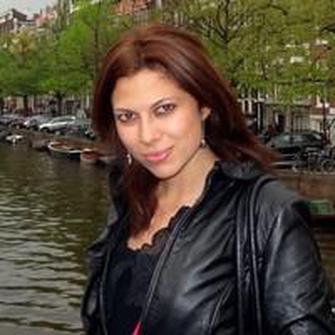 One Reply to “Watching Kiev burning like Belgrade in 1999: two failures of EU diplomacy”