This is the third article in our series about zero-emission tourist attractions in Serbia particularly written for wine aficionados and connoisseurs in mind.

The northern province of Vojvodina is a well-know vine growing region, and home to many fragrant wines including one-of-a-kind of wine called Bermet which is not made anywhere else in the world. This sweet dessert wine is infused with 27 different herbs and spices but nobody, apart from a handful of wine makers, knows which herbs and spices go into the wine since the recipe for Bermet is a secret that only those who make it are privy to, and is passed down from generation to generation.

Now, Bermet is one of those wines that deserve their own article because of the incredible history behind it. Let’s just mention that Bermet was found on the Titanic’s wine list. Also, five hundred years before the ill-fated ship sunk, the Habsburg Empress Maria Theresa was a huge fan of Berment. The legend has it that she was so enamoured with this wine that she had relieved the citizens of Sremski Karlovci from the performance of military duty in order to be free to make Bermet. 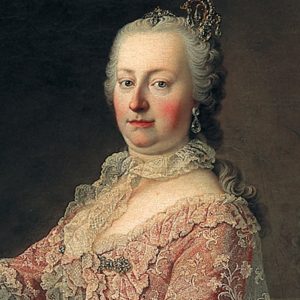 It is actually the little town of Sremski Karlovci, in Vojvodina, that lies at the foot of the Fruska Gora Mountain, that we are taking you to. Sremski Karlovci is the place where the most renowned Bermet producers are located – Kis, Dulka, Kovacevic, Dosen, Zivanovic…. Here, you can spend a day with them, visit their wine cellars, taste their wines and see their vineyards.

So, let’s start our virtual wine tour hoping that, after we finish with it, you will be prompted go on the real one.

1. The Kovacevic Winery – The Kovacevic Winery is a family-run winery from Irig, the Fruska Gora region. It is a representative of a new wave in wine making in Serbia and is one of the leading wineries in the country. In 2000, the head of the third generation of the Kovacević wine making family – Miroslav Kovacevic – took over the running of the family business thus creating a new, contemporary winery with the idea of bringing the wine making and oenological experiences of his father and grandfathers into the 21st century and building a foundation for the Kovačević’s family fourth generation of wines with the help of a modern and innovative wine making technology.

The wines of the Kovacevic Winery are recongised for their striking harmony and elegance.    Apart from the bestsellers like Chardonnay Kovacevic, this family-run winery has also launched  another new wine Cuvee Piquant, a fusion between Traminer and Muscat Ottonel with added freshness of Pinot Blanc.

The winery is also known for its beautifully decorated á la carte restaurant which serves  the delicacies like duck breast in wine sauce, turkey fillet in pear sauce, poppy pudding in cherry sauce, snenokle (a Vojvodinian version of the Floating Islands dessert) and many others. There are also four apartments in which you can rest after you finish touring the vineyards and the winery, wine tasting and eating all that sumptuous food. 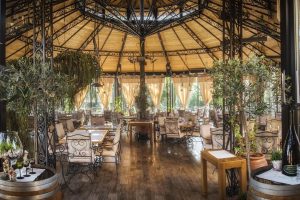 2. The Kis Winery – The Kis family has been in the wine-making business since 1830. Today, the family owns 14 hectares of vineyards which are located, for the most part, in the Matej area that is know for the highest quality grapes. In the past, this area of Fruska Gora was called the Sugar Valley because the an unusually high content of sugar in the grapevine that was grown here. 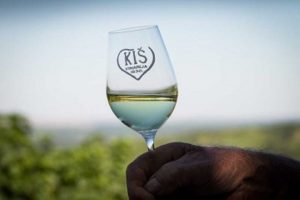 If you visit the winery, you will have an opportunity not only to taste their wine, but also the  typical Vojvodinian homemade desserts like doughnuts with jam, poppy strudel and farmhouse cake. There is a wide range of wine to taste here – from the famous Bermet, Italian Riesling, and Rhine Riesling to Merlot, Portugiser, Chardonnay and Rosé. The hosts will also let     you in on the secrets of winemaking and tell you everything you would like to know about the two-century-long history of the winery and the Kis family.

The winery was visited by the Prince of Wales (Prince Charles) and his wife the Duchess of  Cornwall during their visit to Serbia.

3. The Zivanovic Winery – This winery is one of the oldest in Serbia, founded in 1770 by Mr. Teodor Zivanovic. The wine production here hasn’t changed much in the last 300 years as the family is keen on preserving their wine-making tradition and history. Today, the Zivanovic family produces around 60,000 litres of wine a year in a lagum that is buried 15 metres underground, using the barrels that are almost hundred years old.

The winery has its own 7 hectares of vineyards, planted with Rhine Riesling, Chardonnay, Merlot, Cabernet Souvignon, and domicile grape varieties called Tamjanika white and Probus red.

The family organises wine, brandy and honey tasting here, which comes together with the Sremacki Frustuk (a traditional breakfast served in County Srem).

The Zivanovic family is also known in the area as reputable beekeepers. They produce natural, high-quality honey and even have their Museum of Beekeping and Honey, the only such museum in Serbia, which is open to visitors. The beekeeping tradition was started by the family’s patriarch, professor Jovan Zivanovic (1841-1916) who was fascinated by bees.

While you are in Sremski Karlovci, make sure that you also visit the historic places like the Patriarch’s Residence, the old Karlovci Grammar School, the Four Lions Fountain, the Serbian Orthodox Church built in 1762 and the Krusedol Monastery, built in the 16th century.

And as tempted as you might be to try every single wine available, remember to do everything in moderation. Including moderation!