Serbia is the second-fastest growing economy in Europe after Hungary. A lot is being done in the country to increase the living standard of people and match the day-to-day reality of Serbian people to the Western European one. 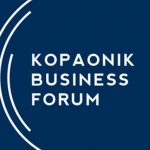 The country’s top business people and entrepreneurs gathered recently at the Kopaonik Business Forum  to discuss the future of the country, its economic potential, and future strategies. This gathering is often referred to as Serbia’s Davos. This is where all the major discussions around the topic of economic development are made and where the agenda for the future of the country is created.

This year, the priority will be creating a better environment for tech and digital development in the country; more specifically, creating a more digitized version of existing business and opening more doors to everybody who offers different online services. This pandemic has put a strain on the majority of businesses, but those who have managed to transition online have actually seen growth – particularly, in the entertainment industry, venues like online casinos, offering online roulette, spins and generally providing the casino experience in the comfort of one’s home. Online gambling now makes up for the huge part of the gaming industry, much larger than it was just a couple of years ago. With the increased accessibility to the Internet and gambling, this avenue has become an important source of income, while the pandemic has validated all the advantages that this type of entertainment and businesses in general have.

The pandemic has also demonstrated a clear advantage of running a business online or providing different services via online transactions and procedures. Not only do online procedures save time and a lot of energy, but they are also more efficient and deliver better results.

Serbia’s development over the last couple of years is evident but it seems like the country’s brain drain has really taken a toll on its development and the speed at which the country can achieve the goals of growing and matching its economy to the EU countries.

Most of the outstanding workers from the segments like IT, health care, and even business tend to favour Western countries for work and usually don’t stick around in Serbia for too long since there aren’t as many opportunities in their home country. According to this year’s Kopaonik summit, Serbia wants to change that and offer the opportunity to those workers who have the ability to develop the country into an even more successful economy engaging with the digital sphere and facilitating the transition to the online sphere easily and with less friction.

Everyone agrees that there is a great future ahead of this Eastern European country, even the IMF which believes that the potential is definitely there, but the speed at which the country is developing has been often criticized for being too slow. Over the last quarter, the country’s economy grew by 6.1%. If this continues, the GDP is expected to reach 73 billion euro, which would be a tremendous success for the country. But now, as more people are tracking the possible obstacles to achieve this goal,  the ways in which the Serbian government chooses to approach this goal might change as well.

We’ve seen a lot more action particularly in the digital sphere, where the resources are already being mobilized. However, according to the revised plan for reaching the GDP milestones, the digital sphere will be key in the upcoming years to grow the country’s economy at lightspeed.

Innovation and digitization will be at the forefront of the country’s future economic model.

It is quite likely that the digitization process that began in the country a few years back will continue to grow and develop. Serbia is now looking at e-government and administration options to boost the current systems. According to the country’s prime minister, global digitization creates a great opportunity for smaller countries to find their niche and adapt quicker to the new standard while pooling together their resources to catch up even with the most developed of the countries since digitizing the nation doesn’t really have anything to do with its size or financial resources.

Serbia seems to know exactly where to invest in the next few years to ensure its fast development and improving the lives of its population. This approach should definitely become more widespread, bringing smaller nations together to create their very own digitized spaces and systems.