In a country where the sale of the Trevi Fountain, immortalised in the film Totòtruffa ’62, remains the epitome of the national character (the clever genius, the opportunistic sidekick, the moneyed loon), the travel package of hope that includes the mirage called Serbian vaccine could not be missing. 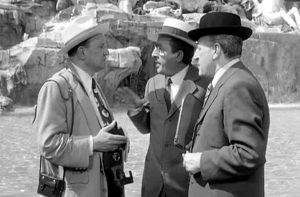 Italian travel agencies in financial crisis after a year of confinement, daring Serbian drivers of illegal second-hand minibuses driving on the Milan-Belgrade route, Turks with friends who also happen to be medical workers in Belgrade – this is the fauna that tries to ensure the many Italians desperately looking for a vaccine is becoming increasingly populated every day, with special offers that promise everything and guarantee almost nothing.

The Salvadori travel agency from Bologna has been in business for over 90 years which should guarantee a certain degree of seriousness. For the modest basic price of €410, it offers inoculation with the Pfizer or Moderna vaccine in Belgrade or Novi Sad. Travel included, an interested party might be led to believe. No! There is no transfer to the nearest airport, guarantees the ineffable Salvadori Agency. At least the travel insurance will be included, one hopes. Not even that. That would be another 90 euro, please. For 410 euro, the agency agrees to fill out the booking form in Serbian (using Google Translate), offer three overnight stays in a double room in Belgrade or Novi Sad (Booking.com offers single rooms at 40 euro per night, but Salvadori asks for another 100 euro for a single room), the companion to and from the airport and to and from the place of vaccination, if, mind you, the application is approved.

However, the agency has enough common sense to specify that vaccinations for foreigners are currently suspended. Given that a Serbian telephone number must be provided when making a reservation, we can imagine how happy the technical staff at Serbian government’s Information Technology Office were to find themselves inundated with hundreds of reservations from Italians with, presumably, the same telephone number.

One wonders if the Serbian authorities will be happy to see how their ability to procure vaccines (the result of political relations and negotiating skills that the European Union has not shown itself to have) and their perfect logistical and IT organisation (the result of the backbreaking work of a small number of people who are not even paid that much), is exploited by the Italians in order to make a profit, moreover speculating on the organisational disaster in their country, which, current figures in hand, should reach 70% of the immunised population by February 2022. This does not paint a good picture of the Italians, who end up shifting the burden of their inefficiencies onto a poorer country with a much less well-funded health system.

Of course, hope dies last and for many Italians, terrified by the media bombardment that has been going on for over twelve months and by the uncertainties of a slow and incoherent vaccination campaign, Serbia now seems like a paradise into which they can enter in any way, even at the risk of throwing away a few hundred euros.

As is often the case in Italy, every tragedy turns into comedy, thanks to many people who try to take advantage of it by blending cynicism and creativity. In this farce, rather than giving credence to paid hope peddlers, all that remains is to rely on the true patron saint of Italians, Saint Totò, to whose graces and miracles the excellent Paolo Isotta has dedicated his latest book.