If we were ask you to name three traditional Serbian dishes on top of your head, we bet that you would say sarma, cevapi, and ajvar. Well, you would be right… And also not!

Although these three dishes have been the staples in the Serbian national cuisine for a couple of hundred years, they were brought here by the Turks, i.e. the soldiers of the Ottoman Empire which ruled a better part of today’s Serbia for almost three centuries.

Sarma, for instance, is actually vine leaves stuffed with meat and rice that is, today and back in the day, a traditional dish in Anatolia, Turkey. Serbian version of sarma is made with sauerkraut leaves instead of vine leaves, but the recipe is almost the same.

What about cevapi? They do resemble the traditional Turkish dish Şiş Köft (also known as kofta kebab) very much. Although, Turkish cooks used pure beef for their kebab, today’s cevapi come with other varieties, such as pork and even lamb.

As for ajvar… We have good news! Even though the word ajvar sounds very much like the Turkish word havyar, meaning caviar, the dish is actually Serbian in origin – its name and distribution perhaps a testament to the sharing of food and culture across the empire during Ottoman times.

In his book “The Greek Cuisine”, Mirko Janjic, who has been collecting the old Serbian cook books and recipes for almost 15 years now, writes: “Considering that almost all Balkan peoples have musaka, cufte, pilav, burek, and baklava as their national dishes, and that these peoples were under the Turkish rule for centuries, we can logically conclude that all these dishes do originate from Turkey. However, they are not also purely Turkish dishes. The Turks took them from Arabs and Persians”.

Now, you might be thinking that Serbia doesn’t have that many dishes that can be called originally Serbian, but you would be wrong. 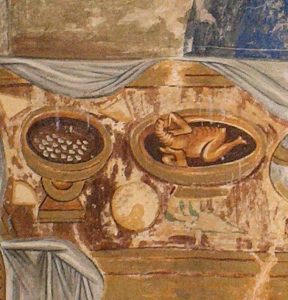 The medieval Serbia, prior to the Ottoman Empire rule, was a sumptuous food galore. The Serbian royal family – Nemanjici, who ruled between 1166 and 1371 – were known for their lavish feasts. Lamb cooked in milk, honey-roasted beetroot, venison in sweet berry sauce, and chicken breasts in white wine and wild onion sauce were just some of the dishes that were often consumed by the Serbian royalty. 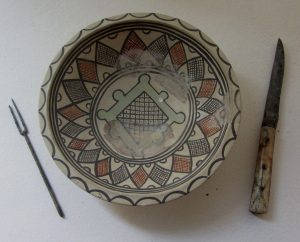 The Serbian cuisine back then was surprisingly diverse, bearing in mind that we are talking about the Middle Ages, and quite healthy. The favourite drink of the Serbian noblemen was medovaca, a brandy made from honey which is still very popular in Serbia. 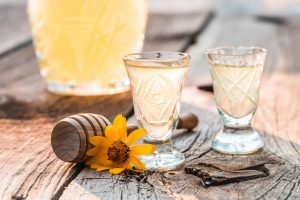 In order to illustrate the history and the distinctiveness of the original Serbian food, we are bringing you three recipes that you simply have to try.

1.Honey-roasted chicken breasts – the recipe dates back to 1196, and it was one of the favourite dishes of the Serbian king Stefan Prvovencani. 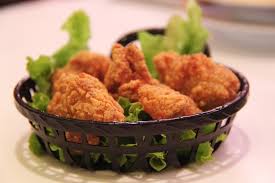 Salt the chicken breasts lightly and then vigorously rub honey into them. Put them in the fridge for two hours. After that, coat them in wheat flour, and fry them in lard until they turn golden brown. Take them out of the pan and let them rest on a paper towel while you prepare the sauce. In the pan, where you have just fried the chicken breasts, put half a cup of white wine, finely chopped garlic and pinch of thyme. Allow it for simmer for a few minutes, and then pour over the meat which you have previously put in a bowl. The meat should rest for another 10 minutes before it is served.

2.Stuffed grilled prunes – the recipe is from 1393. The prunes were usually served with warm rye bread. 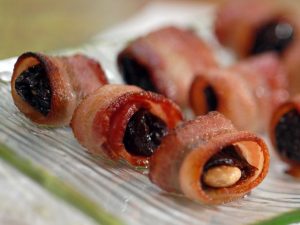 Submerse pitless prunes in tepid water until they become soft. Take them out and dry them. Stuff them with walnut and goat cheese, wrap them in bacon (secure it with toothpick) and grill.

3.Beefsteak with garlic – the recipe dates back from the late 13th century 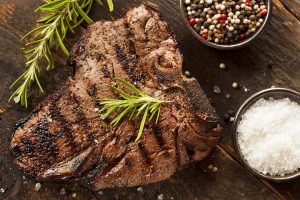 Submerse the beefsteak in rasol (the liquid in which sauerkraut is cured) for a day. Get it out, dry and rub in garlic and olive oil. Grill the meat to your liking. In the meantime, make the sauce. Heat the oil (medium heat), add red wine, honey, mushrooms, and blackberries and simmer until they turn into a sauce of medium consistency. If you not satisfied with the consistency, add flour while constantly stirring. Allow the sauce to sit for 10 minutes, stir it again, and pour it over the steak.