Djokovic at the passport control just landed in Australia

On the night of 5-6 January 2022, the world’s top-ranked tennis player Novak Djokovic has found himself in one of the lowest moments of his life. Instead of arriving at his pre-booked accommodation in Melbourne ahead of the exhibition performances at the Australian Open 2022 by the 8-time Australian Open champion, Novak Djokovic was subjected to a humiliating interrogation ordeal by border guards after a 25h journey from Europe facing deportation and a three-year ban. The saga that was effectively staged by the Australian Border Force officials, possibly at the direction of their superiors, left one of the world’s biggest tennis stars isolated from his team, exhausted, disoriented and confused. His grueling interrogation by the border guards without having access to any legal advice in the middle of 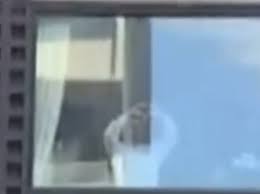 Djokovic greetings his supporters from the detention center.

the night ended with a shock cancellation of his visa and inadvertent transfer to a detention facility in Carlton. Hotel “Park” (previously Rydges) is known for notoriously poor conditions for dozens of indefinitely held asylum seekers there and was only months ago the epicenter of a large Covid-19 outbreak. Individual Australians involved in the Novak Djokovic border saga were the elves who stole the Orthodox Christmas (marked from the evening of 6 to 9 January) from a deeply devout professional tennis player who had no prior knowledge of what could have happened to him in the South West Pacific’s Western democratic state. The embarrassing saga of Novak Djokovic’s detention is situated within the context of ever-growing emergency powers amid the ongoing pandemic at the gates of Fortress Australia.

Not “yet another spoilt, rich jet-setter”
The media witch hunt that Djokovic has experienced in Melbourne encompassed themes of yet another spoilt sportsperson “bending the rules” to gain entry to Australia as a “queue jumper” while thousands of Victorians were either not able to return home amid strict border pandemic rules or to visit their loved ones overseas. Novak was publicly criticized in the media for having demanded additional conditions during his detention, despite having been lawfully granted both visa and required medical exemptions to arrive in Australia. One of such demands involved being visited by a local Serbian Orthodox priest on Christmas, which was dismissed and a wish to access his laptop, equipment, and special dietary needs.
As a mother of two children living with severe food allergies, requiring first aid treatment for anaphylaxis, I immediately understood how the mother of Novak Djokovic must have felt, and other family members too at the news of his captivity. Every outing without safe foods is a potentially life-threatening hazard, causing some degree of stress and food-related anxiety in everyday situations, which can only skyrocket when traveling. Having a rare autoimmune disease and severe allergy to gluten that causes anaphylaxis, Novak’s dietary requirements are far from a “spoilt, rich tennis player” who can afford a personal chef. His restaurants in Europe have previously served to raise awareness about gluten-free food, something that is still poorly understood in many parts of the world, including Australia—despite Melbourne having been proclaimed as the “food all 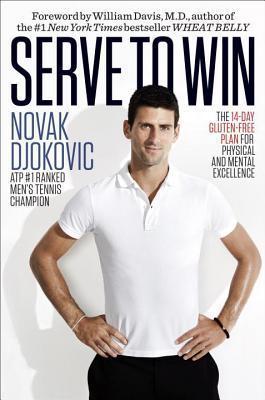 ergy capital of the world”. Simply put, one mistake of consuming the allergen found in the foods to which the individual is anaphylactic too can cause death within 15min. No diplomatic or personal apology would have been sufficient in the case of anything going wrong with Djokovic’s dietary special needs—a scenario that is all too familiar to the families of people living with severe food allergies. Vocal complaints by Djokovic’s mother at a rally in his support organized in Belgrade on Christmas Day echoed some of those sentiments and fears about her severely allergic son who overnight became vulnerable and shockingly detained in less than adequate conditions for his situation.

A chain of Australian administrative failures
The chain of Australian administrative failures in the country’s border policy responses to the pandemic did not start nor will it finish with Djokovic’s drama. Australian media has made some detailed timeline assumptions about the sequence of events that have unfolded prior to Novak having obtained both a valid medical exemption for entering Australia and a valid visa that was canceled at the whim of border force officials. What is remarkable to see is the level of Australian public officials involved in the anti-Djokovic debate, presumably because of his attitude towards Covid-19 vaccination (with almost nobody mentioning his specific medical reasons for not getting vaccinated). The Coalition Government’s Prime Minister of Australia, Deputy Prime Minister (recently re-installed after an extra-marital affair scandal), the Home Affairs Minister and even Victorian Labor Government ministers have all rallied their support behind the slogan echoed in the media headline of “Return Serb” in capitals. Insisting on Djokovic’s nationality in local media stories and inconsistencies in the reporting have led many to believe that there is a whole-of-Australia coalition built on the idea of expelling Djokovic from the country, currently engulfed in the Omicron pandemic with more than 80,000 Australians being infected daily. Djokovic has become a convenient scapegoat for Australia’s pre-election posturing by the Coalition’s federal government and Labor-led Victorian Government, with smaller parties such as the Freedom Party initiating public petitions on Freeing Novak from detention.

Who would have thought that Djokovic will be thrown in the middle of Australia’s domestic political scandals, populism, and heated debates over pandemic response, asylum seekers and the next federal election, which will take place later this year.

Consequences for Australia-Serbia relations
While the courts have weighed in on the Djokovic’s visa scandal, with his legal team busily preparing for the hearing on 10 January, there will be some consequences for Australia’s relationship with Serbia. For instance, the Serbian Government reiterated that it is close to canceling the agreement with Australian-British Rio Tinto company over a proposed mining operation in Serbia (worth more than AUD$2 billion). Serbia’s former top government official and now President of the Serbian Parliament, Ivica Dacic, also warned on 8 January that there will be consequences for Australia-Serbia relations as a fallout from the Novak Djokovic detention which was widely criticized in the Serbian and Balkan media. The Serbian President Aleksandar Vucic is already publicly involved in the debate over Djokovic’s visa issue, while the Prime Minister Ana Brnabic has communicated to the Australian Government Serbia’s concerns about the outrageous treatment of Djokovic in Australian detention. The world is now much more aware of Australia’s no-compromise border control policies, the plight of asylum seekers in the same hotel that Novak was detained in and the bungled mess regarding his visa cancellation. While this kind of negative publicity is likely to further erode Australia’s international reputation as a welcoming nation, it disturbingly gives more power to the narratives and localized feelings of exceptionalism that Australian border control policies have created to the detriment of many legitimate foreign entrants as much as restricting the freedom of Australia’s own citizens.

Did you find this article interesting? Please consider supporting our portal by clicking here .

Dr Nina Markovic Khaze is the Director of Communications at Solve Law, Manly, NSW and President of the Euro 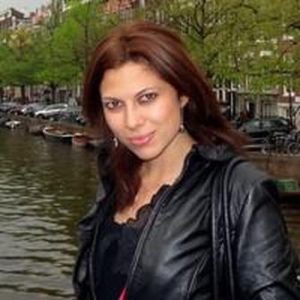 pean Studies Association of Australia and New Zealand (ACT/NSW branch). She obtained PhD in Political Science from the Australian National University in European Union studies, and master’s degrees in International Relations and Diplomacy. Dr Markovic Khaze was working as asessional lecturer at UNSW and Macquarie University in Sydney from 2014 until 2021, teaching international relations, security studies and diplomatic history of great powers. Prior to joining academia, she was a senior parliamentary and public servant in Canberra. Nina also works for SBS Serbian radio program as a political analyst.

3 Replies to “The elves who stole Novak’s Christmas”