Ideal for those rainy days at home or when you’re laid up in bed, Twitch is a streaming platform that boasts thousands of talented gamers and entertainers, all of who are ready to welcome you into their community of followers and subscribers.

With mobile gaming booming in Serbia and other surrounding countries, it shows that Serbs are well suited to these new forms of entertainment, which are often eclipsing the viewing figures of regular media channels. Here are some of the Twitch platform’s most popular and best channels, all of them free to watch, which in this day and age is always a nice bonus. 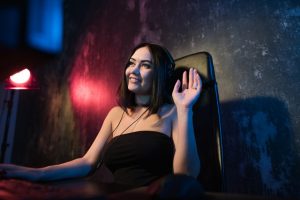 The Undoubted Number One for Gaming Fans

Ninja (real name Richard Tyler Blevins) is the king of online games streaming. His stream boasts a total of over twelve million followers all of whom tune in to the near sixty hours of content he provides every single week.

His star shot into orbit thanks to his rise on Twitch coinciding with the booming popularity of Fortnite Battle Royale, which he also happened to be pretty handy at. Although his bread is buttered with Fortnite, he does also dabble in other games he enjoys and literally has the power to set the next trend in gaming if he so wishes. 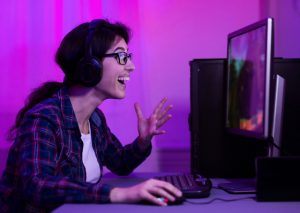 Just log-in and start watching to your heart’s content

Other big advocates of online streaming are professional poker players who have turned what was once a lonely online game into a community orientated movement. The best players all command viewership numbers that run into the tens of thousands, especially if they go on a deep run a tournament. Some players even gift their subscribers a share of their winnings, meaning thousands of viewers all around the globe are left on the edge of their seats as their hero calls down huge bluffs and lays traps.

As well as individual streams there are also channels that collate all the best action from past live and online tournaments, such as Runitup247.

Smaller Streams Can Be More Personable

While the big hype and glamour of games run by gaming giants such as Epic Games, PokerStars and Riot Games will always hog the limelight on Twitch and its like, for those viewers wanting a more intimate experience it may be worth searching out some of the quirkier or up-and-coming streaming talent.

Usually, such players still take part in aforementioned big-name games, but also mix things up by playing slightly more out-there titles. Some particularly fun ones we’ve been digging of late are BuffaloPrime, whose followers he aptly calls The Herd. Then there’s the wonderfully charming uber nerd that is AceJGaming whose whole MO is to beat games to a pulp, completing them no less than 100%. Another stream with a penchant for trying to beat games is TheMexicanRunner who not long ago made it his mission to defeat every NES game ever made.

There’s So Much More to View Besides

If pixels and explosions begin to make your headache after a long day in front of the screen, there are always other streams that don’t focus on high intensity action. Some gamers suffer from burnout too and often stream alternative activities they enjoy on the side. Take Strawbrary for example, who when she’s not playing League of Legends streams her very own cookery show.

Then there are the content makers described as JustChatting streamers, sometimes connected to gaming in some way and sometimes not. These streams are mainly based around a personable streamer opening up about issues in their life or topics they’re interested in and allowing their community of followers to partake in the conversation. Some good ones to check out are TimTheTatman who often spends more time chatting than gaming and the highly popular Félix “xQc” Lengyel.