Weaving was developed of the need to cover oneself but soon became an art which people used to express themselves, to distinguish themselves from one another and a tradition that was handed down to next generations mostly by women. 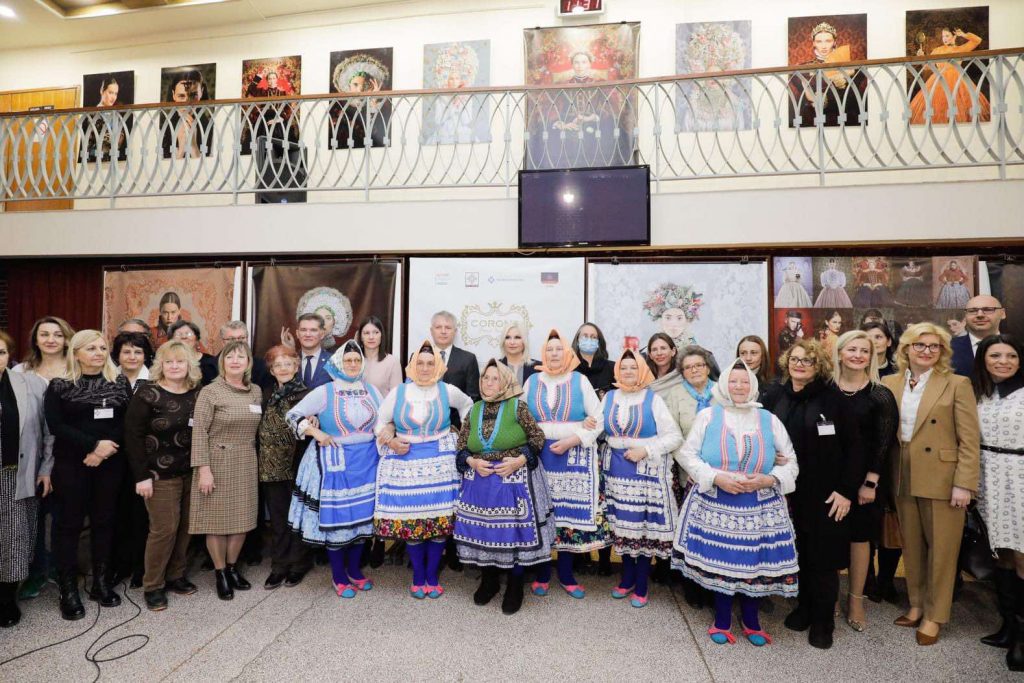 With its dense weave, the loom is also a metaphor for the role women play, often bound to the loom as their main occupation at home, but also as guardians and promoters of social ties. Through the loom, the woman brought order to her house and her world, using the instrument also to hide messages, understandable only to those who knew how to weave, which helped people during the centuries to recognize the origins and social roles of people who wore certain clothes and fabrics. 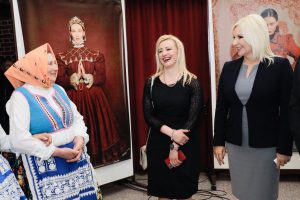 In the era of standardization of both clothing and taste, millenary identity traditions such as weaving are in danger of disappearing. It is for this reason that  Etnomreza/Ethnonetwork was founded. This non-profit association, helmed by Violeta Jovanović, is engaged in the protection of weaving on ancient looms in Serbia, as a way to safeguard ancient skills, local identities, enhance the role of women as protagonists in creating and perpetuating bonds between people and social capital in the context in which they operate.

The Serbian Energy Minister, Zorana Mihajlović visited a weaving colony in Stara Pazova on Thursday, March 10, supported by the Embassy of the Republic of Slovakia and the U.S. Embassy in Serbia. The visit was a tribute to the cultural heritage of the Slovak community, but also a further step in a process of revitalization of this craft that has already been carried out in the textile colonies of Pirot and Stapar, near Sombor, in the past few years.

The challenge is not just to showcase these fabrics and clothes at an ethnographic museum, but to revive them as an element of identity and pride of the local community.

In this sense, the possibility of making these traditions become a living object, turning them into tourist souvenirs or into new packaging ideas, is a way to bring them in the future in order to safeguard the tradition without turning it into folklore.

The visit to the weavers’ colony saw the partecipation of journalists, intellectuals, professionals and diplomatic and institutional figures, was also an opportunity to promote the city of Stara Pazova, until now known for its impetuous industrial development in recent years, discovering the place as a Danube town that has unique and preserved landscapes and great potential in agri-tourism.