We really learn only from our failures, because success, which is often the result of chance as well as its opposite, only strengthen our presumptions.

Therefore, also for what regards to investments in Serbia, especially planned by small and medium-sized companies, here is a shortlist of mistakes, superficiality, prejudices and unfounded optimism, that resulted in companies and entrepreneurs seeing their projects in Serbia fail.

Opening a company in Serbia is relatively simple, but then what? Let’s at least try not to do the following mistakes. 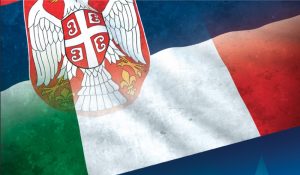 Nowadays, the strategy based on reducing labor costs cannot be the only motivation for investing in Serbia. Certainly, it remains a competitive factor compared to almost all the countries of Europe, but, alongside other reasons for choosing Serbia, we must also look further. The expenditures for energy, logistics, taxes on corporate income and administrative management are also lower than in other countries but, once these savings are made (significant only in the medium-long term), do we really believe that they will forever guarantee greater margins? If anything, it is essential to ask ourselves which new customers, new markets, new products, and better organization do we want to develop thanks to our investment in Serbia and the advantages it offers us. As long as we limit ourselves to costs, we will have a rear-guard attitude, so we will easily be overtaken by companies with even cheaper solutions and a more advanced strategy. 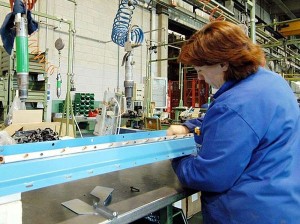 Even today I am contacted by small and medium-sized enterprises that would like to transfer only simple and labor-intensive phases of the production process to Serbia. From a fiscal point of view, this is the outward processing regime, which allows you to export raw materials outside the European Union and then re-import semi-finished or finished products, paying taxes only and exclusively on the “manufacturing added value “. I call this approach “internal sub-contracting”, one of the most trivial and recurrent mistakes for small businesses. If you can’t count on large volumes of production, set up an investment project, spend money on travel, consulting, plants, machinery, personnel recruitment, shipping and so on, to send semi-finished products to Serbia to be assembled or finished and then send them back after a few days, you will burn the money you saved in Serbia by logistic and administrative costs, and, sometimes, also generate a loss.

That’s why I always recommend immediately starting production in Serbia or at least some lines of finished products or complete services. This is the only way to really test the country and achieve a real competitive advantage.

Often the entrepreneur imagines the factory in Serbia as a sort of managerial playground for one of his sons. And from his point of view, the idea would not be wrong – to increase the managerial skills of the designated heir in a country that is anything but dangerous, with non-obsessive rhythms, abroad but not far from Italy, involved in the family business but not within the spaces manned by his father and, not to be underestimated, with a very lively social life and very beautiful women. But the son wonders why he should leave the friends and comforts he grew up with to face all the complexities of a start-up, often located in a small town in the Serbian province, having to deal with a Slavic language written in Cyrillic in official documents (and perhaps speaking not-so-good English), with collaborators who have no experience of those who have always worked in the family business and also having to deal with girls with a rather different mentality from those ones from back home.

Thus the entrepreneur finds himself in the dilemma of whether to have to follow an investment (that he had planned differently) with more continuity or to look for someone he can trust “like a housekeeper”. If the search is not successful, the project deadlines are often prolonged and, if still in the initial stages, the project is often abandoned.

This brings us to one of the key points of every internationalization project of a small or medium-sized Italian enterprise: the managerial limits. Italian companies, even large ones, are often centered on the figure of the founder-owner who has the last word in every business area, also doing the job of a finance director from time to time (“I have a friend in the bank…”), human resources director (“I have to choose the collaborators and I also read a book about it”), marketing director (“I like this idea and my cousin’s son makes websites”), even more so the director of international development (“I deal personally with suppliers and then I will have a time off going abroad “). On the other hand, most of the time, small and medium-sized enterprises give up internationalization not for lack of economic resources, but for the impossibility of finding or wanting to delegate the project to a full-time manager who is not an integral part of the “family”. So, the project continues in fits and starts, only on the basis of the trips that the entrepreneur can plan in his busy schedule, without continuity. Many successful investments in Serbia are instead the result of the far-sightedness of those who have selected well-prepared, ambitious, and reliable thirty-year-olds motivated to move permanently to Serbia. And then paid them handsomely.

Do you want to open a company in Serbia in few days? Click here!

5. Internationalization as an organizational evolution

Internationalization does not mean opening a “small factory” abroad. The choice to invest abroad implies a complete reorganization of the parent company, not only in terms of functions, investments and personnel, but, above all, in terms of mentality and attitude to the market. What worked in the family business, located in the town where he has always lived, is unlikely to work in another country as well. And one of the dilemmas becomes how to maintain that proactive, all-Italian flexibility in internal coordination as well as in responding to the needs of customers and suppliers, in a context where the language and above all the mentality are different, the workers do not intend to work overtime just to a net additional couple of euros, and the local legislation is to be understood completely and the suppliers should be tested. If we try to open a clone of the Italian structure abroad, we will face increasingly complicated problems. Internationalization means choosing to undertake a radical change, often to survive.

6. Inaccurate or out of date information

The web is teeming with pseudo-consultant sites that guarantee a 10% bank interest rate in Serbia or a total of 9,000 euro for every job created in this Balkan country. The phenomenon is ascribable to the idiocy of these pseudo-experts who shoot old factoids on Serbia, introducing themselves as great experts of the country from their homes in Garbagnate Milanese or Lercara Friddi, arousing entrepreneurs who will arrive in Serbia claiming to multiply their money as the field of miracles in Pinocchio’s tale.

When I launched Serbian Monitor in 2013, it was not only because there was a lack of sources in Italian updated daily, but, above all, because the word of mouth among Italians regarding news and information on the legal and economic framework in Serbia resembled a children’s game called Chinese Whispers, when the first child whispers the word “house” in the next child’s ear and by the end of the line, the word “house” is actually heard as “hoax”. 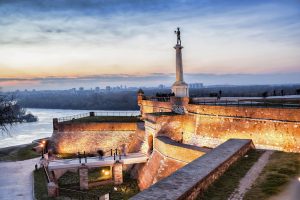 Years ago, an Italian entrepreneur, faced with the offer of the Serbian Development Agency to subsidize his project with one million euro, disputed the fact that he “was not less than Fiat” (lacking only a hundred billion euro in turnover to be like Fiat) and therefore demanded from Serbia a subsidy of at least 50% of the planned investment, or 12 million euro, arguing that “on the other hand, Turkey is offering a 50% grant”. Upon a quick check, the data appeared true, but only for investments in Turkish Kurdistan, from a logistical point of view slightly more difficult than Serbia. Without those 12 million, he preferred to invest in Italy.

The policy of ‘rain’ subsidies (now over) that characterized the early 2000s not only distorted the expectations of many companies, but also devalued the objective qualities of Serbian workers, attracting ruthless, subventions-hunting entrepreneurs alongside serious companies.

An entrepreneur cannot do his job without a good dose of positivity, but sometimes he overdoes it. The fact that Serbia has very competitive cost factors does not imply that half the country can be bought with one million euros, in installments and at zero interest! Often the budget is not adequate not because the company or entrepreneur does not have adequate resources, but simply because they have relied precisely on sources of information that have painted the country as a kind of Eldorado inhabited by good savages ready to exchange gold for beads.

For example, many who dream of investing in Serbia are surprised that the search for a warehouse is more complex and the rent more expensive than in Italy (for the simple reason of relative scarcity) and, in the face of these unexpected results, they lose excellent opportunities while continuing to stubbornly look for the ideal opportunity that will never manifest itself.

9. Cheap is not synonymous with simple

While many production factors are significantly less expensive than in other countries, this does not mean that an effort is not needed to understand the social and economic dynamics and regulatory framework of the country. On the contrary, people often fail to understand that one of the “costs” of proper internationalization is not monetary, but requires time and focus to enter into bureaucratic, social and economic logic and local mindset that is different to that in the homeland.

Relying on serious consultants, trained and rooted in the country is not a cost to be skimped on, but an investment in personal training that quickly pays for itself as the investment progresses.

The economic and social suffering caused by the Covid-19 pandemic is pushing many small entrepreneurs to consider moving to Serbia. Maybe it is the right choice, but maybe it is also too late. Considering Serbia as a last resort, perhaps when the starting situation is irreparably compromised, is not a project, but an escape, and like all escapes, it implies a lot of anxiety, improvisation, even confusion between the urgent needs and the ambitions one would like to achieve.

If one was not prepared to go abroad before the crisis, now the move has become even more complicated. Without a clearly defined project in terms of objectives and necessary resources, it would be better than to give up dreaming of a getaway that is likely to result only in more stress and more costs without construction.

Can a general conclusion be drawn from these considerations? Actually, no. Each person will see some points best suited to their situation and ambitions, as well as the constraints and goals they must take into account.

Even making generalizations about an apparently “easy” country like Serbia, without analyzing the details of the investment project, would be, as always, an additional mistake.