Whenever a writer has to do research for an article that he or she is writing, Google is both the first and the last place to go. While struggling to write an introduction to this article, I consulted the trusted Google, and typed in the search box something along the lines “Serbs, good and bad sides”. I did get a myriad of information and quotes about Serbs, but most of them were focusing on Serbs the Warriors as opposed to Serbs the Scientists, Serbs the Athletes, or Serbs the Kind People.

The opinions about Serbs ranged from “they are the bravest of soldiers, and I am speaking from my own experience” (a statement credited to Archduke Joseph August of Austria) to “when the history of the First World War is written down, its most glorious chapter will bear the title Serbia” (Robert Lansing, the former US Secretary of State). 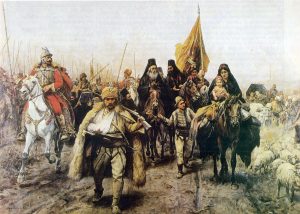 I was hard-pressed to find any other meaningful statements, quotes, or passages about the flaws and virtues of ordinary Serbs that did not relate somehow to their military successes or failures.

Why is it that when ‘the outsiders’ talk about us they usually see our fighting bravado (or cruelty, depending on your point of view and political inclination), rather than the more soulful sides of us? After all, don’t the foreigners, who live and work in Serbia, use a lot of positive and kind words in describing Serbs? Words like hospitable, welcoming, warm, family-oriented and generous?

Did our own history annul the great features of our Slavic soul, or are we maybe keener to be portrayed as fearless warriors, in keeping with the Balkan patriarchy, rather than kind and soft-hearted hosts?

Although, all of these questions beg for a deep anthropological analysis, and I will get into a rather light-hearted one in a minute, there are qualities to Serbs that deserve their place in the spotlight but have been pushed aside by the boorish propaganda, both Serbian and foreign.

So, what do anthropologists think of us?

In a study of a quite amusing title – “It Takes a Serb to Know a Serb / Uncovering the Roots of Obstinate Otherness in Serbia” – Mattijs van de Port from the Anthropology and Sociology Centre of the University of Amsterdam relays his experiences and observations from his trip to Serbia and the field research he did here.

In the very beginning of the study, van de Port says something that might give us a clue as to why foreigners, especially Europeans, who haven’t experienced Serbia first-hand, see us the way they do. Van de Port says: “The Balkans have functioned as Europe’s Other for centuries. Time and time again, travelers, scholars, writers and artists have depicted this part of the continent as the very near Orient, a land of European savages, fierce warriors, archaic myths and cruel customs”.

Does this mean that the underlying sentiment that most Serbs have of Serbia as “a country in Europe but not accepted as a part of Europe” is true? Is our Europeannness too Oriental for Europe? Could that be the cause of Europe’s centuries-long views of us?

It seems that although we are, on the surface, considered Mitteleuropa, in all actuality we are still The Others to most Europeans. I stand corrected – The Warrior Others.

I actually did a small survey among the foreigners who currently live in Belgrade (the British, Russian, American, Australian, and Spanish nationals), and most of them agreed that Serbs, in general, have the following qualities (and I am quoting here):

Apparently, we are also far from dull, which is, in the time of mediocrity, a big plus.

As for the negatives, there weren’t as nearly as berating as I thought they would be. Actually, there were rather mild and more of a slap-on-the-wrist type, such as:

So, what is the cause of this dichotomy in opinions? For some foreigners, we are the closest thing to the modern day Barbarians, while for others, we are as kind as a nation can be. As always, the truth is in the middle.

Yes, the relentless wars that have plagued the Balkans, including Serbia, for centuries have left a deep impact on our national psyche – we are cocky, quick to defend our own honour with many means including weapons, we are proud of our warrior history, we would like others to view us as strong, fearless and masculine, and we are, as historian Cedomir Antic humorously puts it, “kittens with the mentality of a lion”.

The way we have been portrayed in the world media (mainly negatively) is, for the main part, our own fault. Although, we could have used more the likes of a Nobel Prize laureate, Ivo Andric, Nikola Tesla, Milutin Milankovic, Mihajlo Pupin, a three-times Pulitzer prize winner, Walter Bogdanic, a Pulitzer prize winner and a US Poet Laureate, Dusan Charles Simic, and even Hollywood actors of Serbian origin like the legendary Karl Malden as the best ambassadors of our culture, history and national identity, we failed to do so. 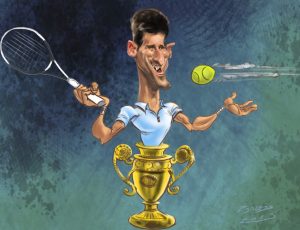 One might say, thank god for Novak Djokovic and his tennis skills! They did us good in more ways that we are aware of.

The reason why most of the world is either uninformed about Serbia, or has mostly disparaging opinions about us probably lies in the lack of a well-thought out, wise, encompassing, clever media campaign on the part of our political leadership. But that is a whole different ball game that I would not like to go into now, and something deserving of a whole new article.

As with everything in life, we all have subjective opinions based on our own experiences, but the one description that I particularly liked, and that the Irish people reading this would like too, comes from the Irish writer Robert George Dalrymple Laffan who says:

“Yet it is also a tonic and an antidote to dullness to be with the Serbs. They possess the irresponsible gaiety that we traditionally connect with the Irish, with whom they have often been compared. Other less convenient sides of the Irish character are also typical in the Serbs, such as a cheerful contempt for punctuality in daily life and a ready willingness, arising clearly from politeness and good nature, to make promises that are not always fulfilled. But perhaps the most pronounced of these similarities is to be found in the songs of Serbia and Ireland. With both peoples the historic songs about the past are songs of sorrow, or noble struggles against overwhelming odds, of failure redeemed by unconquerable resolve. There is nothing strange in this combination of laughing gaiety and profound melancholy. It is often only those who are truly capable of the one emotion who also have the faculty for the other.” 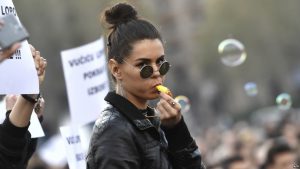 A big thank you to the members of the Belgrade Foreign Visitors Club for their valuable input!