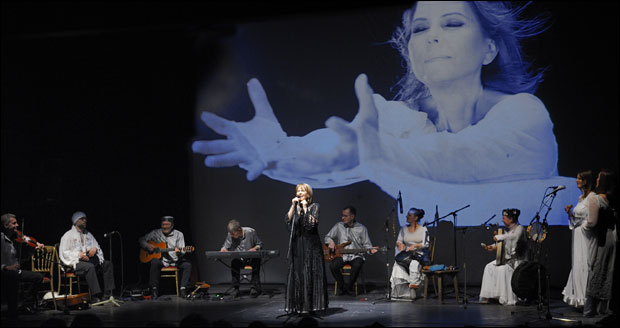 Biljana Krstić and her Bistrik Orchestra will celebrate their „coming of age“ anniversary – 18 years of performing together – with a big concert at Belgrade’s Kombank Dvorana. There will be several special guests, most of them still not revealed, including one of the most iconic Macedonian musicians, Vlatko Stefanovski, the founder and the lead singer of the band Leb i Sol. After a successful career in pop music, Bilja Krstić has decided to record material close to her heart ever since her childhood. For more than five years, she was patiently collecting obscure folk songs from the territories of Kosovo, South Serbia, Macedonia, East Serbia, Romania and Hungary. The results were the albums Bistrik (2001) and Zapisi (2003). Album Bistrik was re-released by V2-Greece record label, in May 2002. The music performed by Biljana Krstić is a blend of traditional ethnic music, a cappella songs and ethnic grooves with elements of improvisation and modern music approach. 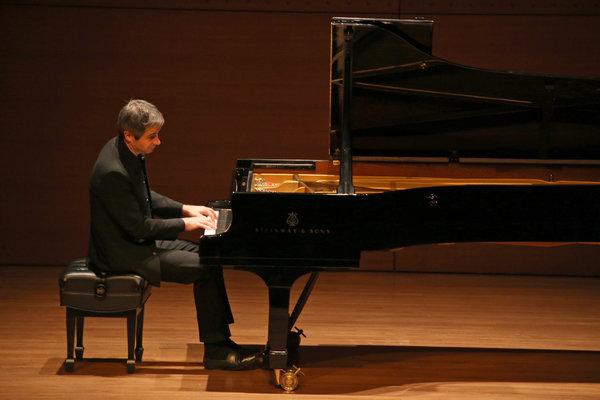 Under the auspices of the BEMUS Reflections music cycle, the renowned Polish pianist Piotr Anderszewski will perform on November 10th in Kolarac. Ten years after his last concert in Belgrade, this unparalleled interpreter of Bach will introduce the Belgrade audience to the more works of Bach (a selection from the Well-Tempered Clavier Collection, Book No. 2) and Beethoven (Diabelli Variations). He has given recitals at the Royal Festival Hall, Carnegie Hall, Suntory Hall, the Konzerthaus in Vienna, the Concertgebouw, the Mariinsky Concert Hall in St. Petersburg and the Walt Disney Concert Hall in Los Angeles. Orchestras with whom Anderszewski has performed include the London Symphony Orchestra, the Berlin Philharmonic, the Philadelphia Orchestra, the Royal Concertgebouw Orchestra and the Chicago Symphony Orchestra. 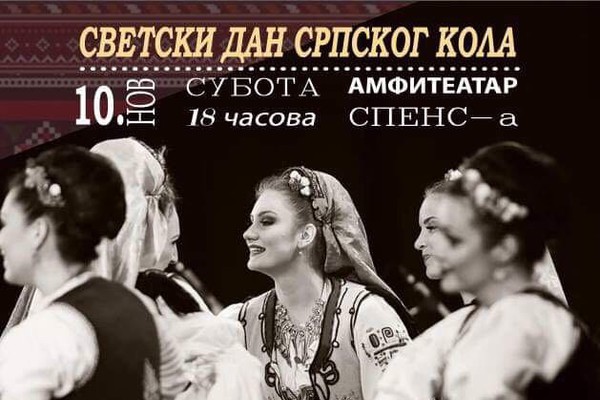 On the occasion of the world day of the Serbian kolo, various folk dance troupes will perform at SPENS Amphitheatre, starting at 6:00 pm. This circle dance is performed amongst groups of people (usually several dozens, at the very least three) holding each other’s hands or having their hands around each other’s waists (ideally in a circle, hence the name). There is almost no movement above the waist. The basic steps are easy to learn, but experienced dancers dance kolo with great virtuosity due to different ornamental elements they add, such as syncopated steps. Each region has at least one unique kolo; it is difficult to master the dance and even most experienced dancers cannot master all of them. Many variations of kolo are normally performed at weddings, social, cultural, and religious ceremonies. Serbian kolo was inscribed into UNESCO Intangible Cultural Heritage List in 2017.