The protest under the slogan “1 in 5 million” was held again this Saturday in downtown Belgrade.

Like previous times, the protesters gathered on the plateau in front of the Faculty of Philosophy, and after actor Branislav Trifunović and Kosovar activist Rada Trajković addressed those present, they went on a protest walk across the Republic Square, Makedonska and Svetogorska streets, all the way to the building of Radio and Television of Serbia (RTS), then the Knez Miloš Street and over to Terazije, to come back to the Student Square. The next gathering is scheduled for January 16th, at the anniversary of the assassination of Oliver Ivanovic.

As before, the protesters were led by drummers, the crowd was wearing Serbian and Belgrade flags, and the loud speakers, mounted on trucks, echoed the words “Come out and Fight” with rock music blasting. 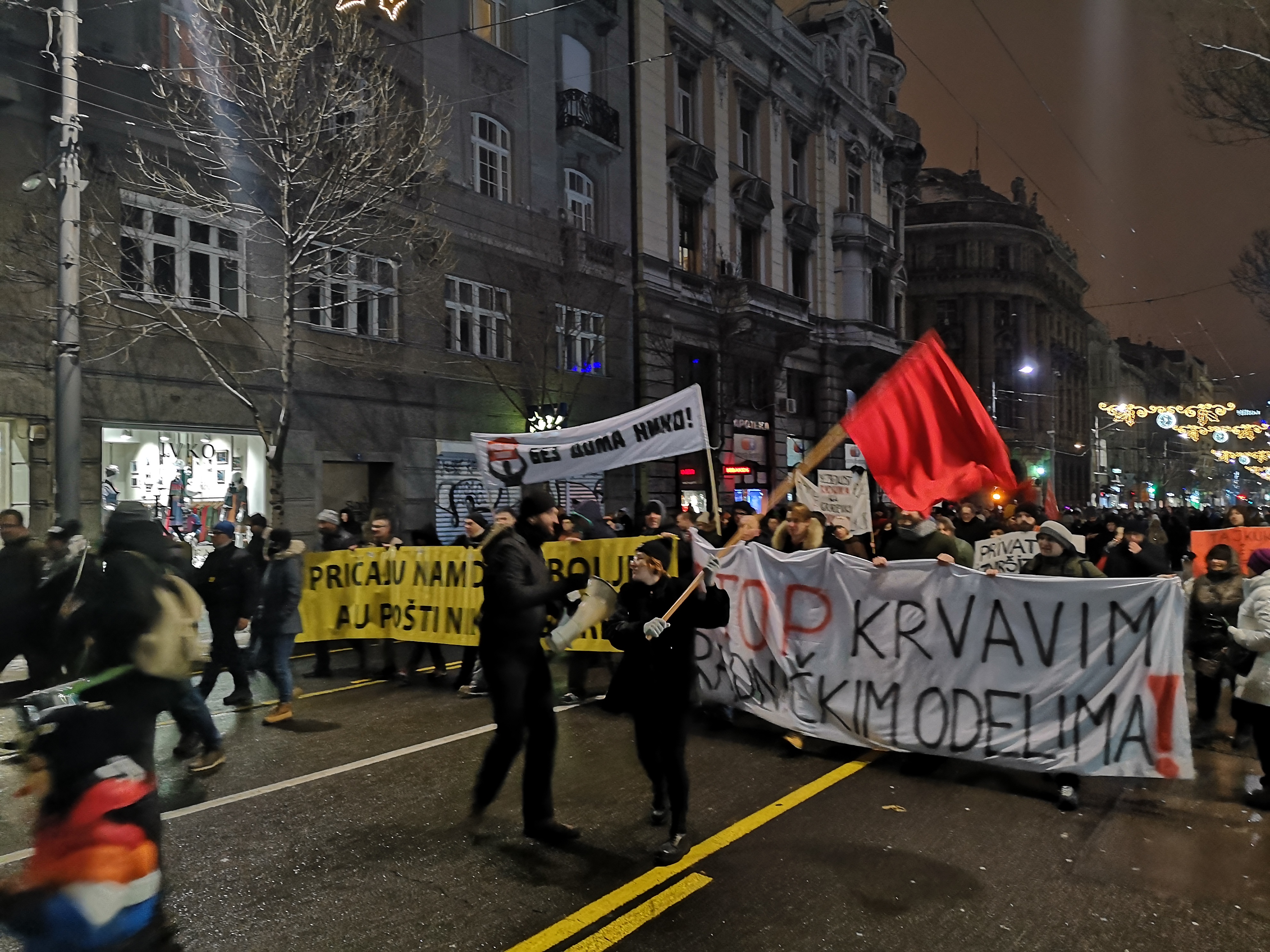 Protesters brought together by the Alliance for Serbia, a loose grouping of 30 opposition parties and organizations, chanted “Vucic, thief!” in the sixth such protest in as many weeks.

Protesters in Belgrade have also accused Vucic of preparing a negotiated settlement with Kosovo, a key precondition for Serbia to join EU. Belgrade enjoys Russia’s backing in its opposition to Kosovo independence declared in 2008, almost a decade after a brutal 1998-1999 war there.

Protesters also demanded that the government find those responsible for the killing of Oliver Ivanovic, a prominent Kosovo Serb politician, a year ago. They also announced a rally in Belgrade for next Wednesday to commemorate his death. 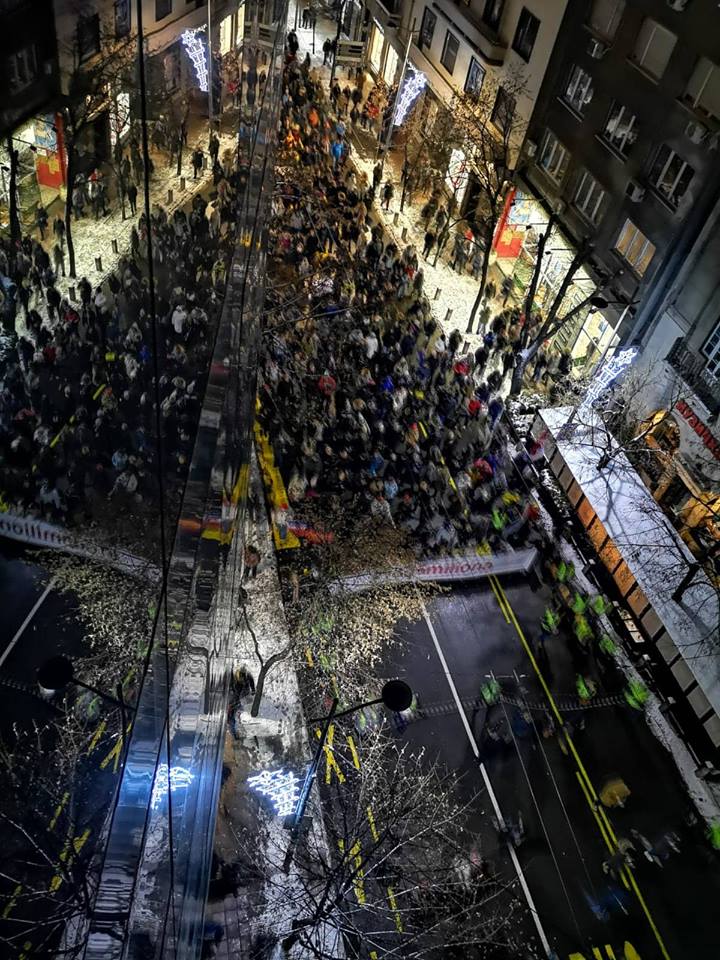 Demonstrators called for the protection of media freedom, ending the country’s hostile environment for journalists and opposition figures, and transparency from the government as it seeks to settle outstanding disputes with neighboring Kosovo.

Actor Branislav Trifunovic told the Belgrade rally that Serbia was “the country for us and not for thieves” and urged the public to also protest next Wednesday, the anniversary of the 2018 murder of Oliver Ivanovic, a Kosovo Serb politician.

Ivanovic, an opponent of Vucic’s Kosovo policy, was shot dead in the Serbian enclave of Kosovska Mitrovica in broad daylight. The perpetrators have not been found.

One of the protest coordinators, Jelena Anasović had the following to say to the gathered crowd:“ On Thursday, the brave Kursumlija stood up, yesterday it was Nis, and tonight it is Kragujevac and Belgrade. Soon, we are going to be in every street in Serbia. We want to live in a country where we will not wait in line for visas in front of embassies because they want to drive us out of here and hire their party comrades instead of us. We ask that the law be respected, that the RTS does its job properly, that the police do their job and arrest criminals, not people in the streets. We want to live in a country without violence, where every man will be respected. That’s why we are on the streets of the cities of Serbia. We are protesting on behalf of young people,  pensioners, workers, all who are discriminated against … See you on January 16 at 6 pm on the plateau, on the anniversary of the murder of Oliver Ivanovic. Long live Serbia!“

To remind, the organizers of the protest have so far presented several requests addressed to the current authorities, among which are more airtime on the state run TV station, RTS, equal reporting on all political options, and finding assassins of the president of the SDP initiative Oliver Ivanovic and people who ordered attacks on journalist Milan Jovanovic.

Protests have also taken place in the central Serbian city of Kragujevac, Nis in the country’s south, Novi Sad in the north and the towns of Pozega and Kursumlija in recent weeks.