For Italians, Paolo Rossi is not just ‘Pablito’, the champion who led the Azzurri to victory in the 1982 World Cup. For everyone, Paolo Rossi was the prototype of the good Italian boy, an example and role model for many Italians, young and old, who benefited from the positive reverberations of his image around the world.

Despite his premature death on 9 December 2020 at the age of just 64, Paolo Rossi will therefore remain in the collective imagination as the boy with the disarming smile whose goals took Italians from the gloom of the 1970s to the lightness of the 1980s, from the disaster of the 1974 World Cup to the rebirth in Argentina ’78 and the triumph in Spain in 1982.

For each person, there is an ideal age, a phase of life that best represents them: there are dusty teenagers who become authoritative old men, as if the shadow of their fully completed years has already reflected on them. Conversely, we can also have the good fortune to meet eternally young people, who even at sixty years old or older will convey the freshness and transparency, the smile and enthusiasm of their greenest years. Paolo Rossi belonged to the second category of people, those who carry with them, right up to the end, the brightness of youth, which is something that one cannot get from various treatments or genetics, but from a particular attitude of the soul. 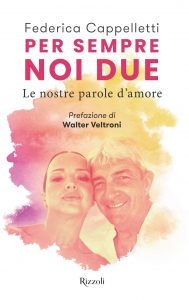 The book ‘Per sempre noi due’ (The Two of Us Forever) that Federica Cappelletti, Paolo Rossi’s widow, will present in Belgrade at the Italian Embassy’s Residence on Thursday 27 October, contains a portrait of great love for a great soul, beyond the myth and admiration of fans. The book promotion will be the best introduction to the exhibition titled ‘Paolo Rossi – The Golden Boy’, which will be held in Belgrade in 2023 thanks to Marco Schembri’s World Camp International.

During the evening, Federica Cappelletti and Marco Schembri will present the most intimate side of the champion and also the meaning behind the travelling exhibition that has already attracted a lot of interest in Rome, Padua and Prato, the champion’s birthplace.

For the occasion, the original football jersey bearing the number 20 that Rossi wore at Italy vs West Germany Final, the France Football 1982 Golden Ball as Best European Player and the Golden Shoe as 1982 World Cup top scorer will be on display.

The exhibition will also reflect the emotions of the hat trick against Brazil at Barcelona’s Sarria’ stadium via a virtual reality reconstruction of the game.