Event: Premiere of the film „You Were Never Really Here“

Dubbed the 21st-century-version of the iconic Robert de Niro’s film „ Taxi Driver“, Lynne Ramsey’s film „You Were Never Really Here“ talks about a traumatized veteran, unafraid of violence, who tracks down missing girls for a living. When a job spins out of control, Joe’s nightmares overtake him as a conspiracy is uncovered leading to what might be his death trip or his awakening. Joaquin Phoenix plays the leading role. The film received the Best Actor and the Best Screenplay award at the Cannes Film Festival, and was recently screened at Belgrade’s FEST. 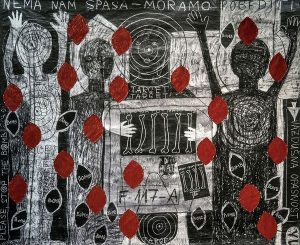 The exhibition titled “Serbia 19 years after 1999 – While the bombs were falling” will be opened on Friday, marking the 19th anniversary of the NATO aggression on Yugoslavia. Dr. Dušica Bojić, Director of the Historical Museum of Serbia and the co-author of the exhibition, Dr. Mile Bjelajac, Director of the Institute for Recent History of Serbia, and Biljana Willimon, painter will give opening addresses. The exhibition will feature the paintings of Biljana Willimon and Vladimir Velickovic. With this exhibition, the Museum presents two authors of various artistic sensibilities: an artist was in Paris while the bombing took place, and an artist, who was in Belgrade, witnessing the bombing first hand.

The Hong Kong Ballet will perform three pieces that showcase the fusion of mystical Chinese energy – Shenren Chang, choreographed by Fei Bo, Sacred Thread by Edwaard Liang, and Shape of Glow by Jorma Elo. Hong Kong Ballet is one of the premier classical ballet companies in Asia and is internationally recognised as a world-class institution that represents Hong Kong’s unique character. 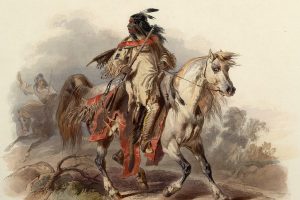 Native American Perry Ground, from Turtle Clan (the Onondaga Tribe) is a cultural educator, and professional Native American storyteller. He came to Novi Sad to present traditional Native American stories about the beliefs, customs, and history of his people. Perry brings his stories to life through vivid descriptions, his rhythmic voice, and energetic stage presence. He will also explain the tradition and history of storytelling itself. He has been telling stories for over 17 years as a means of educating people about his culture. Perry learned most of the stories he shares from elders. Admission is free but the audience members should register here prior to the event.