Countless articles have been written about Serbs, their history, qualities, flaws, victories and defeats, their bravado and infamy. But who are Serbs genetically? How many different bloods are running through our Balkan veins, and how did those different gene pools shaped us into what we are today?

For the rest of the world, Serbs are considered Slavs, or South Slavic ethnic group, as anthropologists and historians like to call us, who came to the Balkan Peninsula in the 6th and 7th century. According to Serbian physical anthropologist Živko Mikić, the medieval population of Serbia developed a phenotype that represented a mixture of Slavic and indigenous Balkan Dinaric traits. Mikić argues that the Dinaric traits, such as brachycephaly and a bigger than average height, have been since then predominant over the Slavic traits among Serbs. 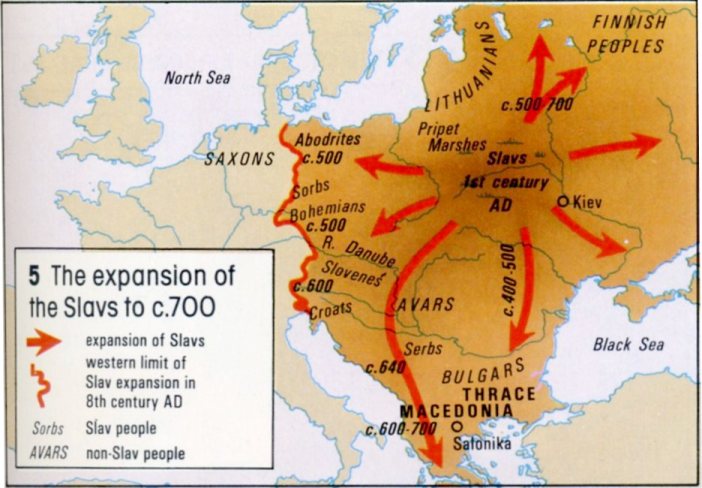 Do you want to open a company in Serbia? Click here to learn more!

So, what is the Serbian genetic makeup like? How much are we really Slav and how much a mixture of different nations that have inhabited this part of the world over centuries?

Scientists, who are participating in the the “Serbian DNA Project”, have been searching for an answer about the origin of Serbs for five years.

Their findings have shown that over a half of Serbs carry genes inherent to Slavic peoples. The fifth has genes with the traces of pre-Slavic inhabitants of the Balkans, while the genetic record of other members of the Serbian nation points to the “presence” of various other nations / conquerors – Celts, Goths and Normans.

The project yielded some really surprising results, debunking certain myths about the Serbs, namely that we get our semi-dark complexion from the Turks which ruled Serbia for almost four centuries. The truth is that the Serbian and Turkish genes are very different, and that our “dark” colour comes from the old Balkan settlers like Thracians, Illyrians and Dacians with whom the Slavs mixed upon arriving to the Balkans.  Actually, the Turks are much closer genetically to the Italians than the Serbs.

According to Jovica Krtinić, one of the initiators of this project, the research has been carried out systematically, is very reliable and is based on testing Y DNA chromosomes, which, unchanged, are transferred from fathers to sons.

“Genetic genealogy does not recognize solely English, German, Serbian, or Turkish genes, because no nation is genetically homogeneous,” explains Krtinić. “Instead, the term” haplogroup is used”, he adds. A haplotype is a group of genes in an organism that are inherited together from a single parent.

The structure of the autosomal DNA of Serbs, according to ancestry.com, is based on the North European (39%), the Mediterranean-Atlantic (27%) and the Caucasian substrate (22%), which together account for over three-fourths of the genome, approximately the European standard.

A year ago, Al Jazeera also reported about new findings regarding the genetic map of the Balkans which shed a different light to what was considered the Balkan genetic axiom before.

According to molecular/ biological findings, a genetic map of Europe casts a whole new light on the century-long discussion and brings a few interesting, irrefutable facts. As for the Balkan peoples, the main news is that there are no major differences between them. Serbs and Macedonians are almost identical (96% percent), as are Bosniaks and Serbs. Croats have a slightly higher percentage of the Western European genes, but compared to other haplogroups, they don’t differ that much.

In terms of ‘biological brotherhood’, Serbs are the closest to the Croats, Bosniaks, Hungarians, Romanians, Bulgarians, Slovaks, Poles, Austrians, Greeks, Italians and Germans, while the Russians and  Moldovans are less similar in genetic makeup to Serbs.

“The analysis of the obtained data has shown that the Macedonians have the most similar DNA profile with the Bulgarians and Serbs, and Croats with Bosniaks and Serbs,” said Dr Zlatko Jakovski from Institute of Forensic Medicine in Skopje.

In conclusion, anthropologists agree that “nature knows no ‘nations’” and add that “the complete paradigm of genetics is in complete contradiction with the paradigm of ‘nation’ as all people are combination of different groups of genes.”

More information about investing in Serbia?