“Feelings have weakened, Serbs expect nothing from us. Many Russians believe that Russia, in addition to its two allies, the army and the navy, has another one ally that is Serbia. Orthodox unity and centuries of indestructible friendship have made the ‘Serbian brothers’ close friends of the Russian people and the Russian state. The reality, on the other hand, is much more prosaic: many differences have accumulated during decades-long bilateral relations, and today’s politicians in Serbia are increasingly looking to the West”.

This is how the Russian journalist Svetlana Guseva, who lives in Serbia and knows quite well the situation in the country, says in an article published on the Lenta.ru website in which she analyzes the issue of Russian-Serbian brotherhood.

Serbs don’t learn the Russian language as they used to

Guseva recalls that “Serbia has a fairly large group of Russian speakers”, thanks also to the similar letters of the alphabet that the two countries share.

It is precisely the letters and the language that Guseva uses to illustrate how relations between Serbia and Russia have changed- in Soviet times, learning Russian was compulsory in Yugoslavia, while in modern Serbia, the interest in learning this language has diminished.

“Now, unfortunately, in the largest metropolitan area, like Novi Beograd, which has about half a million inhabitants, only one school has Russian language classes in the fifth grade. Russia has lost its leading position among foreign languages in Serbia,” says Guseva.

She adds that it is Russians to blame for such a situation because they do not do enough, unlike the Americans, to promote their culture.

A new approach is needed to restore the “market” in Serbia, Guseva thinks. The only people who continuously maintain relations with the Russian culture are the “old Russophiles” who love Russian classical literature, choirs, ballet, music…

On the other hand, the Russian journalist says that the situation is very different with younger people. He says that they are much closer to Disney cartoons than anything from Russia because Russian culture is not so present and visible in everyday life in Serbia.

The second part of her analysis on the disappearance of the idea of “Mother Russia” in Serbia concerns politics and, above all, Kosovo. The author observes that it is necessary to have an idea of the political situation in Kosovo in order to understand Russia’s role in what has been happening.

While underlining that Russia does not recognize the independence of Kosovo and supports Serbia, Guseva notes that there are increasingly frequent political messages coming from Russia about “Kosovo is now lost”.

“The question of Kosovo’s independence is a prerequisite for Serbia’s entry into the European Union. In this context, the attitude of the Serbian people towards Russia should be taken into account. The obvious fact that Moscow’s support and influence regarding this issue have weakened. The main objective of Serbian policy now is the desire to join the EU. Preliminary talks are underway, and the country is in the process of adapting its legislation to the EU’s.”

The author also presents her opinion on how people in Serbia see Russia.

The prevailing opinion is that Russia is very much concerned about its economic and geopolitical problems, US and European sanctions, the situation in Ukraine and Syria, and that it has no economic power, political and military capacity to seriously affect events in the Balkans in general and Serbia in particular. People’s expectations from Russia are withering away.

Svetlana Guseva also points out that the relations between Serbia and Russia have improved, despite many things changing in the meantime.

“Yugoslavia collapsed and Kosovo has been taken away from Serbia. The neighbouring countries are already NATO and EU members or are candidates for the EU accession. And the new government in Belgrade is following the path of European integration. That is the reality of today. The idea of “Mother Russia” the thing of the past,” concludes Guseva.

Paradoxical or not? Pupils from private schools have low scores at high school entrance exams 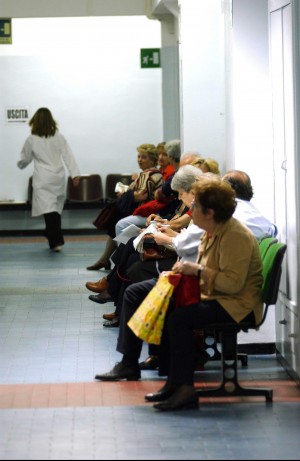 What activity do people in Serbia spend most of their time on?