Exclusive interview for Serbian Monitor of the outgoing MEP, and one of the top League candidates, Marco Zanni, in charge of foreign affairs of Via Bellerio and the only League member present at the Hotel Gallia with the leader Salvini for the presentation of the sovranist platform, on April 8th this year. To find a solution to the Kosovo issue, we need to “involve other countries in the Balkan game: in addition to Italy, I am thinking of Austria and the Visegrad group, especially Hungary,” says Zanni. 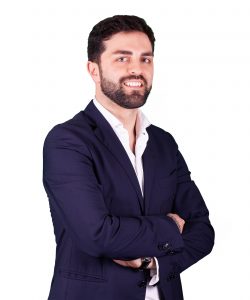 In these five years, which is how long you’ve been an MEP, how was Serbia perceived in Brussels and what are the prejudices that are still associated with the country?

I believe that Serbia’s potential and its strategic importance, which is also due to its position in the Balkans, are underestimated. Furthermore, there are some prejudices, linked to the tragic events of the recent past, which should be overcome in order to stabilize and re-launch the entire Balkan area. Finally, the Kosovo issue is still a major obstacle, or rather the main obstacle, on Serbia’s road to European integration.

We know that Vucic has great respect for Matteo Salvini and at their meeting last week, we could see they agreed on a lot. The Italian Prime Minister, Giuseppe Conte was on an official visit to Belgrade recently, more than ten years after the last visit of an Italian Prime Minister. In the light of these facts, how could the relations between the two countries be further strengthened?

In recent years, the Italian foreign policy has been guilty of unjustifiably forgetting Serbia, which is even more serious if we consider the importance of the Italian presence in the country, which is the No 1 trading partner of Serbia, with the external trade between the two countries exceeding EUR 4 billion in 2018. Italy must play a leading role in the region, also to balance out the Franco-German hegemony there. Let’s not forget the fundamental importance of Serbia in the management of migration flows on the Balkan route.

The polls regarding the European elections, that are due to take place May 26th, foresee a strong advancement of the so-called “sovereign” parties. With the new composition of the European Parliament, in which way can the stance that the Union has towards Serbia and Kosovo change?

A good result for the Europeans would facilitate building a solid and cohesive group that will be influential, with Lega Nord being at the basis of this new project. Irrelevant of the Kosovo issue, we need to understand the strategic role of Serbia and try to involve other countries in the Balkan game. Besides Italy, I am thinking about Austria and the countries that make the Visegrad Group, in particular, Hungary.

Regarding the Kosovo issue, the European and American efforts to reach a negotiation have failed substantially. What new proposals can be put forward to reach an agreement?

The failure of the recent Berlin summit shows that the parties involved are still a long way off and that the solitary initiative of Germany and France, which follows the failed action of the EU High Representative, has not benefited the parties concerned. At this stage, it is essential to keep all channels of dialogue open, so that we can gradually come closer together and seek a shared solution: getting too rigid and asking only Serbia for unilateral recognition of Kosovo cannot be the starting point for a delicate and complex mediation. The meeting between Salvini and President Vucic is the first step towards greater involvement of Italy in the search for a solution that can overcome the current impasse and allow Serbia to complete its accession process.

What is Lega’s position on the demands made by the Italian Committee for the Review of the Recognition of the Independence of Kosovo?

The issue of the recognition of Kosovo was and remains a controversial one because it also involves a whole series of foreign policy choices and more. We should remember that Italy has always played a fundamental role in peacekeeping in the area.

You are a great connoisseur and admirer of Serbia. What would you recommend to your friends to visit when they come here?

I was lucky to be able to visit Serbia on several occasions, and I am very impressed. I appreciated the beauty of the nature and landscapes of the Fruska Gora National Park, not far from Novi Sad. The two main cities – the capital Belgrade and Novi Sad – are definitely worth visiting. Belgrade, split between past and present, has a particular charm. Novi Sad is a lively Mittleeuropean city and I would recommend a visit to the Petrovaradin Fortress, that reflects in the great blue Danube below.