Since 2017 is drawing its last breath, we are bringing you the events in Belgrade and Novi Sad this weekend that are sure to bring a spectacular end to this year.

Tonight is your last chance to see one of the most talked about films in 2017 dedicated to the great painter Vincent van Gogh. ‘Loving Vincent’ depicts a story in oil painted animation of a young man who comes to the last hometown of van Gogh to deliver the troubled artist’s final letter, and he ends up investigating his final days there. ‘Loving Vincent’ is the world’s first fully painted feature film produced by Oscar-winning studios Breakthru Films and Trademark Films. 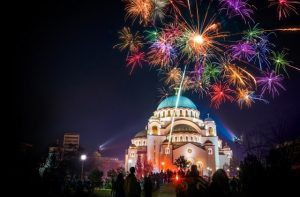 There is no better way to say goodbye to the old year and welcome the new one than to attend the biggest dance party in Belgrade. This year’s Central Dance Event will play host to three top techno acts in Europe. The performances are as follows:

This is a Berlin-based techno duo comprising of two German DJs and music producers – Tassilo Ippenberger and Thomas Benedix. Since their launch in 2005, Pan-Pot have established their presence in the modern techno scene, reaching popularity with the release of their debut album, Pan-O-Rama.

Four acts will perform on New Year’s Eve – Hamburg-based Diynamic Showcase who are performing with the German duo Kollektiv Turmstrasse, Magdalena, a Colombian techno DJ, producer, label manager and singer, and Lehar, an Italian musician known for his intimate basslines and intriguing melodies.

This is a Swedish techno label that is managed by Adam Beyer. 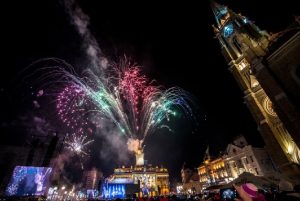