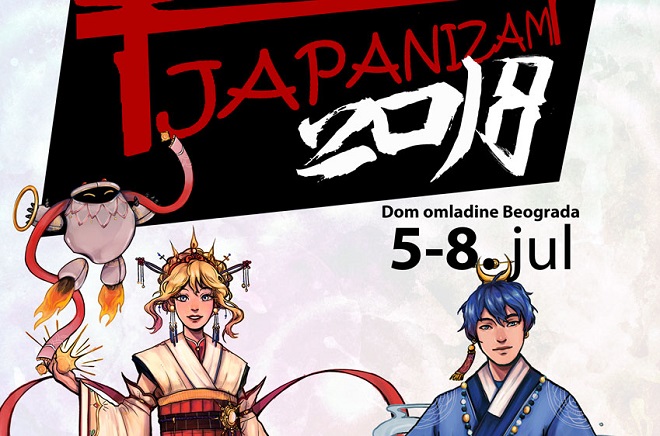 The Belgrade Asia Convention is the place to be for the fans of different aspects of Japanese pop culture. This is a great opportunity to enjoy Japanese animated films – anime and comics – manga. The convention lasts for four days, with various discussions, lectures, creative workshops and other interactive programmes being held, plus there will be a cosplay competition. The convention encompasses other Asian cultures too, with the programme including András Szekeres’s lectures on Chinese warriors and South Korea. The special guest of the event is Rambutan – an illustrator from Germany. Manga, manhwa and manhua are going to be discussed at a round table dedicated to the Asian comics, while the first day of the convention will also feature the best Japanese advertisements. During the convention, you will be able to get acquainted with Japanese writing system, but also test your manga drawing skills at the manga workshop “Art Jam”. The convention will also feature the promotion of Sakura editions, a story about Haiku poetry, and an Asian phenomenon that is South Korean pop music. 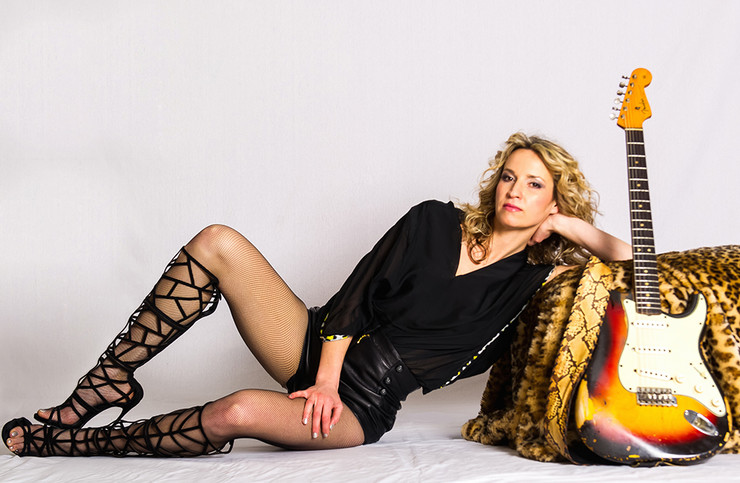 Our celebrated blues guitarist and singer Ana Popovic, who lives in Los Angeles, will perform on 6th July, in Belgrade, in the SKC garden, where she will promote her triple album “Trilogy”. “Trilogy” is three albums in one, a fusion of blues, rock, funk and jazz melodies. Ana collaborated with the top names in the music business on this album, including the Grammy winner, Warren Riker (who worked with Lauryn Hill, Carlos Santana), Tom Hembridge (worked with Buddy Guy), and Delfeayo Marsalis, one of the top trombone players, composers and jazz producers today. Contemporary blues stars like Joe Bonamasssa and Robert Randolph also appear as guest performers on the album. The concert is organized by Dom Omladine, Belgrade, in cooperation with BELEF. The tickets retail for RSD 1,200. 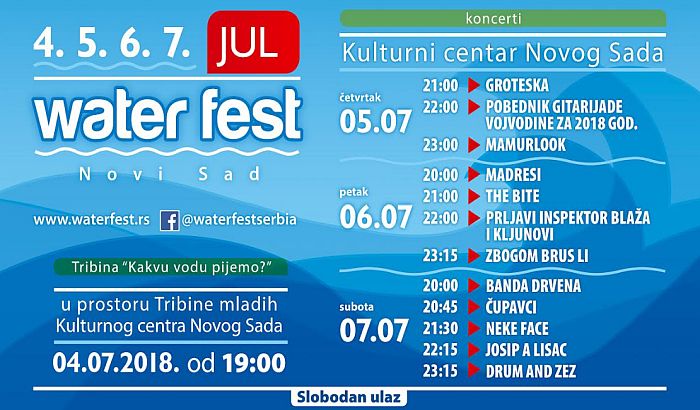 The fourth consecutive Water Festival is dedicated to the preservation of water resources. It began yesterday, 4th July with round table discussions at Tribina Mladih at the Novi Sad Culture Centre, and it continues today with the musical performances by Groteska, Mamurluk and this year’s winners of Gitarijada Vojvodina. Tomorrow, on 6th July, the audiences will be entertained by Madresi, The Bite, Prljavi Inspektor Blaza i Kljunovi, and Zbogom Brus Li. On the last festival day, 7th July, the following bands will perform on the main stage of the Summer Cinema – Banda Drvena, Cupavci, Neke Face, Josip A Lisac and Drum and Zez.