After the success and controversy triggered by his book “E allora le foibe?”, Eric Gobetti has become one of the best known and most debated historians of recent years in Italy. In this exclusive interview with the Serbian Monitor, Gobetti offers important considerations on the theme of the representation of the past, recent and not so recent, according to the objectives of the political leaders who emerged in the region after the collapse of Yugoslavia, as well as on the relations, sometimes dramatic and sometimes idealised, between Italy and Yugoslavia after the Second World War.

Let’s start with the recent conviction of Ratko Mladic and the consequent complete denial in most of the Serbian media. How do you interpret this, given that the agenda of these publications is strongly pro-government?

The reaction is usually motivated by the fact that the Hague Tribunal seems to have punished only the Serbs. There is some truth in this and it stems from the ambiguity of a war lost, even if not officially. But it is also true that Serbian society is increasingly unable to confront the crimes committed 25 years ago. Paradoxically, there was more political opposition to nationalism during the war than after it.

Serbia has undoubtedly used the pandemic, the wide availability of vaccines and the success of the vaccination roll-out, not only to improve its image in the international media, but also to gain greater weight in the region, both in terms of soft power and economically. What can an economically stronger Serbia, with a less compromised image than in the past, mean for the region?

It has certainly been a great success in terms of image, which, like so many of Vucic’s initiatives, stages an attempt to fill the role of Tito’s Yugoslavia in the past, as a country in-between the two opposing blocs. Once again, Serbia demonstrated to the West that it is the only country capable of successfully obtaining vaccines from East and West, from Russia and the European Union alike.

The figure of Josip Broz Tito is at the centre of a particular dichotomy: most of the squares and streets in the ex-Yugoslav republics that were named after him changed their names, on the one hand, he is remembered with respect if not affection by the various peoples from these nations. How do you explain this?

Yugonostalgia is becoming increasingly strong, even among the younger generations. It seems that a sort of myth of a happy era, in which there was solidarity and well-being, but also in which the Yugoslav peoples were known and respected throughout the world, is spreading. The comparison with the reality of all post-Yugoslav countries today is jarring. 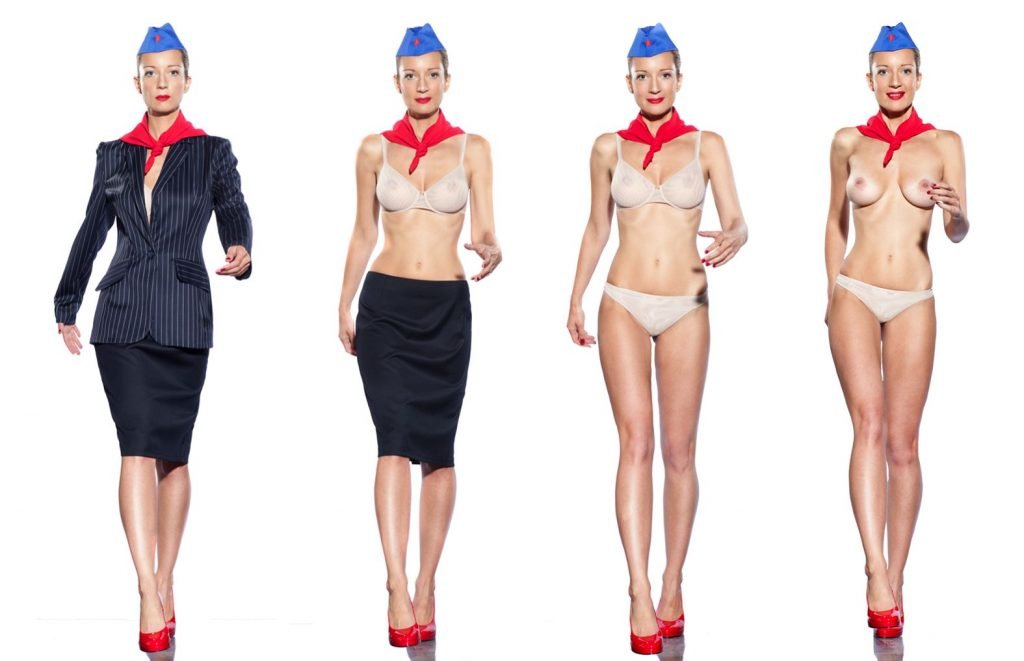 The historical experience of Yugoslavia is today is not only remembered by older people but also a number of younger people are also discovering it. It is a phenomenon quite different from the old Yugonostalgia because young people judge the present not from a utopian point of view that will materialize in the future, but based on a real historical experience that their grandparents lived through. Can this trend lead to greater democratisation of post-Yugoslav societies or do you see other outlets?

The demand for more welfare and social solidarity based on previous historical experience is undoubtedly quite widespread. I have doubts that this concerns democracy, at least not in the sense of liberal democracy. There are two outlets that I imagine are possible in the short and medium-term: one is the route taken by other countries of the East, that is, the search for a strong man, modelled after Tito (for today’s reference, that is obviously Putin), who can lead their respective countries to play a more significant role at international level. The other is the search for greater integration between the countries of the post-Yugoslav area, on the basis of their common historical experience and cultural belonging. I hope for the latter but fear the former.

In his memoir ‘Eastern Approaches’, Fitzroy McLean, recalls the time when Tito’s troops entered Vojvodina and wonders how they could impose communism on these well-off farmers, unlike the Bosnian highlanders, who possessed very little to give to collectivism. Why, apart from the violent impositions, was the Yugoslav socio-economic model not perceived as an oppressive regime from which one should flee, as was the case in the COMECON countries?

In Eastern European countries, socialist systems were imposed by the Red Army at the end of the war. This is not the case in Yugoslavia, because the country had its army (the Partisans) who liberated it. The political system is therefore indigenous, i.e. the result of a liberation struggle conducted and supported by the majority of the population. Of course, that historical experience also had contradictions and less positive aspects (think of the showdown at the end of the war), but Tito’s government was the result of a real social revolution supported by an extraordinary consensus. 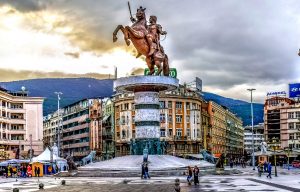 The monument to Alexander the Great in the homonymous square in Skoplje.

You have gone into great depth on the subject of false myths. Can you point out some of the myths that characterise the countries that emerged from the dissolution of the former Yugoslavia?

The most sensational example is perhaps that of North Macedonia, where there was an attempt (which now seems to have been aborted) to construct a founding myth of the country based on the figure of Alexander the Great, a Macedonian only by name, but who had nothing to do either with the territory of the current country or with the cultural origins of the current inhabitants of that territory. This is a particularly extreme case, but in every former Yugoslav country, this frantic search for new identities based on an imaginary past leads to real short circuits. In this case, I am thinking of the dichotomy created in Montenegro, between Serbian and Montenegrin identity. This provoked a clash that had social, geographical and economic aspects rather than real identity, and ultimately led to the end of Djukanovic’s long stay in power. 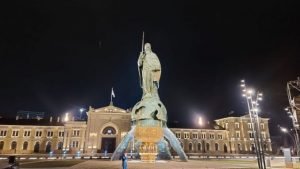 In Italy, we have heard too many times in recent years the rhetorical calls for a “shared memory”. But a memory, precisely because it is a subjective experience, cannot be shared, and it is up to historians to derive an account that clarifies the dynamics of the facts and the roles of the various subjects, beyond the individual perspectives. In your opinion, why has a certain left-wing party fallen into the rhetoric of a ‘shared memory’ on the subject of the mass graves containing victims of military reprisals and political assassinations, with particular reference to the people killed by the Yugoslav partisans in Istria, Dalmatia and Venezia Giulia, even questioning the foundations of the Republic?

As I make clear in my recent book “E allora le foibe?“, that was a conscious political choice by the moderate left, aimed at creating a new political identity after the crisis of communist ideology that had characterised it in previous decades. The then DS (Democratici di Sinistra, Leftist democrats) political party needed to distance itself from communism and present itself as a truly national party. The story of mass graves issue was fine because it allowed condemning a communist crime (the Yugoslav partisans were led by the communist party) apparently committed against the Italian nation (insisting on the national aspects of the story mass graves which did exist, was certainly less relevant than the political-ideological aspects). What did not happen, however, was that by uncritically accepting a symbolic construction of these events by the neo-fascist right, one ended up questioning the very fundamental principles of our democracy, and in practice condemning the partisans and indicating that the fascists, who were the victims, were on the right side, i.e. on the nation’s side.

Angelo Del Boca with the book “Italiani, brava gente?” and Gianni Oliva with his “Si ammazza troppo poco” were among the first to spread the word about the crimes committed by Italians in colonial undertakings and the two world wars. Why is our country struggling to come to terms with the atrocities it committed in Africa and the Balkans?

There has never been a real recognition of fascist crimes, or rather of Italian crimes in the fascist era. Surely this is the result of a precise political will in the post-war period: that of restarting the country after the dramas of the war by creating a sweetened image of the past, both to its citizens and abroad. Now, that many decades have passed, it would be a good idea to assume our historical responsibilities, as the most advanced countries do (I am thinking of France or Germany, which recently recognised the genocide of the Herero people during the colonial period), without fear of compromising our own image. I believe that today, acknowledging the mistakes of the past is an example of maturity and seriousness that can only be welcomed, especially by those peoples who have suffered Italian crimes, including those in Yugoslavia.

Your book “E allora le foibe?” also proposes a reflection on the relationship between Yugoslavia and the Italians who decided to live in the Federation. Could you tell us about that?

There are two distinct categories: Italians on the eastern border, especially Istrians, who chose to stay in Yugoslavia out of ideological, identity or socio-economic allegiance, and the famous “counter-exodus”, that is, the approximately 3,000 people who moved to Yugoslavia from Italy for purely ideological reasons, that is, to contribute to the new communist society. The latter in particular have often experienced a double trauma: the first by encountering a less idyllic reality than they had hoped for; and the second after the split between Tito and Stalin in 1948, when they were considered political enemies because of the PCI’s pro-Soviet choice. These stories do not always have a happy ending, but they have contributed to keeping alive the Italian community that still exists and is active in those territories. 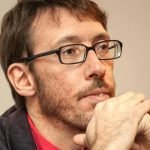 Eric Gobetti is a historical expert on Fascism, the Resistance and Yugoslavia. After graduating from the University of Turin in 1999, and majoring in the History of Eastern Europe, Gobetti completed two doctorates, one in Turin with Marco Buttino and the other with Luciano Canfora at the Scuola Superiore di Studi Storici in San Marino. In the years that followed, he researched the Sarajevo bombing, the Croatian nationalist Ustaša movement in the 1930s, Nazi-fascist massacres in Piedmont, audiovisual collections on the subject of resistance in Piedmont, Italian war crimes in the Balkans, the Italian presence in Yugoslavia in the Second World War and many other topics. His latest books include: “Alleati del nemico – L’occupazione italiana in Jugoslavia (1941-1943), Bari-Roma, Laterza, 2013,”Sarajevo rewind – Cent’anni d’Europa”, Turin, Miraggi, 2017, “La Resistenza dimenticato – Partigiani italiani in Montenegro”, Salerno, 2018; “E allora le foibe?, Bari-Roma, Laterza, 2021.