Serbia’s Prime Minister Ana Brnabic has called an urgent Government session because of the alarming situation with air pollution in Serbia.

Earlier, Belgrade’s Institution for Public Health published on the official ‘Beoeko’ website, that the air quality in Belgrade at 9 am on Wednesday was “acceptable,” while the specialised application AirVisual described the air in Serbia’s capital as “unhealthy,” N1 reported.

Belgrade and some other cities and towns in Serbia have been among the worst polluted places on earth in the last weeks.

AirVisual said on Wednesday the concentration of PM2.5 particles was 110 micro gramme per cubic metre, adding that made Belgrade the fifth most polluted cities in the world at 8 am on Wednesday.

At the meeting, the Ministry of Health and the Institute of Public Health of Serbia emphasized that there is no cause for alarm and that data from health institutions show that there is no increase in the number of children admitted to hospital and suffering from respiratory problems compared to the same period in previous years.

Representatives of the Ministry of Environment and the Ministry of Health informed the Prime Minister that the current air pollution is partial and varies depending on the time of day, climatic conditions and the presence of sources of pollution.

Pollution in Serbia mostly comes from using fossil fuels for heating, a large number of motor vehicles and adverse weather conditions. Data from the Environmental Protection Agency show that there are no dramatic changes in the level of pollution compared to previous years, it was said at the meeting.

At the same time, a statement on the site of the Institution states that the Ministry of Health and the Institute for Public Health of Serbia urge the citizens to bear in mind that there is no need to panic, but point to the importance of staying indoors as much as possible.

According to the Environmental Protection Agency, the air was “heavily polluted” this morning in Belgrade, Valjevo, Kosjeric, Uzice, Nis, Bor, Pancevo, Smederevo and Beocin.

The Ministry of the Environment ignores the pollution problem 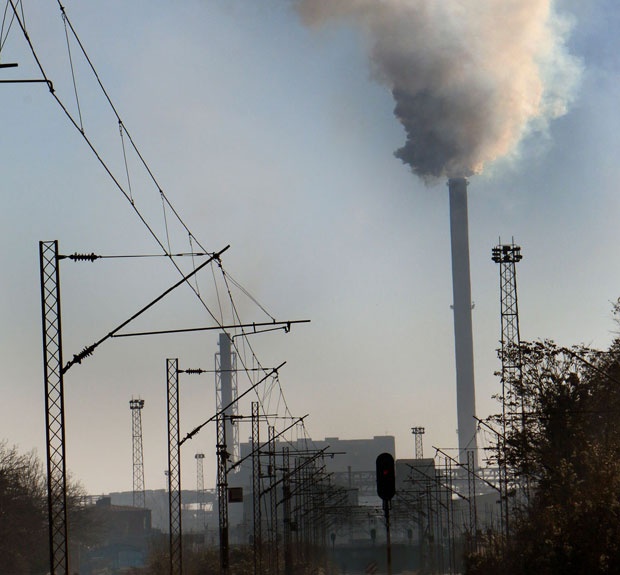 Serbia the most polluted country in Europe