For the seventh consecutive time, the GoetheFest will take place at the main hall of Kulturni Centar between 11th and 16th October under the slogan “Normal Life”. After Belgrade, the Festival will also take place in Novi Sad and Nis. This year’s edition of the festival brings a selection of 10 award-winning films, some of which were screened at the last Berlinale, or nominated for the German Film Prize. This time, GoetheFEST offers an insight into the current German film production, with the ‘German’ criterion being understood conditionally: many films that were shown the Berlinale – the Berlin International Film Festival at the beginning of the year were, in fact, they were shot in co-production with another European and non-European countries. For more information, please click here.

The charismatic Ian Anderson and Jethro Tull perform at the Sava Centre on 14th October as part of its ’50th Anniversary Tour’ regional tour. This iconic British band was formed in Blackpool in 1967. Initially playing blues rock, the band later developed its sound to incorporate elements of hard and folk rock to forge a progressive rock signature. The group first achieved commercial success in 1969, with the folk-tinged blues album Stand Up, which reached No. 1 in the UK, and they toured regularly in the UK and the US. Their musical style shifted in the direction of progressive rock with the albums Aqualung (1971), Thick as a Brick (1972) and A Passion Play (1973). Jethro Tull has sold an estimated 60 million albums worldwide with 11 gold and five platinum albums among them. They have been described by Rolling Stone as “one of the most commercially successful and eccentric progressive rock bands”. 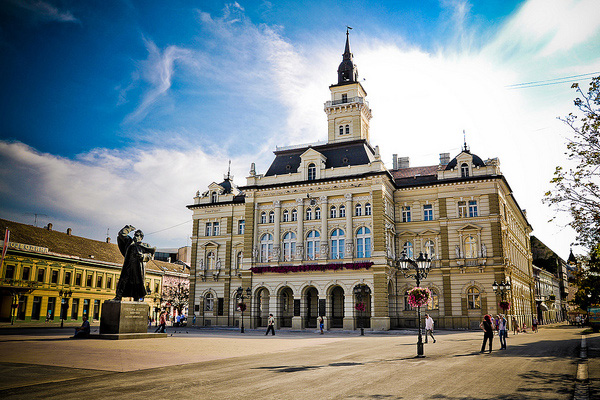 A free concert dedicated to the biggest Serbian and Russian composers will take place at the Novi Sad Town Hall under the auspices of the Novi Sad City Government. The evening will feature music by such greats as Sergei Rachmaninoff, Pyotr Ilyich Tchaikovsky, Petar Konjovic and Josif Marinkovic with the performances from Jasmina Trumbetas-Petrovic, soprano and Marija Jelic, soprano, and pianists Zarifa Ali-zade and  Mina Ristic. The entrance is free of charge.