The closure of the Geox factory in Vranje, with the subsequent dismissal of 1,200 workers, is not only a heavy socio-economic blow to one of the most remote and least developed areas of the country, but also a blow to the credibility of Italian entrepreneurs in Serbia.

This time it was not the attempt of a small entrepreneur looking for a last chance, with antediluvian machinery and four pennies saved from a previous bankruptcy. In this case, the multinational company owned by Mario Moretti Polegato, Grand Officer of the Order of Merit of the Italian Republic (seventeenth richest Italian and one of the thousand richest men in the world), has pocketed subsidies from the Serbian state amounting to around EUR 12 million (EUR 9,000 for each employee) and then paid net salaries of between EUR 300 and 340 per month to over a thousand employees, who, according to many sources, were not even allowed to go to the bathroom as they pleased. This is an enormous entrepreneurial and ethical failure that demonstrates all the limits of an idea of doing business in Serbia based exclusively on the hunt for state subsidies and a workforce willing to accept miserable wages and paraslavery. 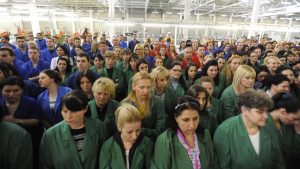 Geox in Vranje paid salaries between 300 and 340 euro net.

If so many footwear and textile companies, both Italian and non-Italian, have been operating successfully in Serbia for years and a multinational company that is financially much stronger than them has not lasted more than five years, some questions should be raised about how and in which sectors to invest in the country today, perhaps accepting the fact that the production and managerial models that in 2000 or 2010 could guarantee success are now showing the strain.

Faced with the variety of success factors for a company, focusing only on labour costs and state aid is less an indication of cynicism than of cultural and managerial backwardness. How significant a parameter can labour costs be? When the impact of absenteeism, sickness and accidents, low efficiency as a result of low motivation, and damage to machinery as a classic Luddite protest about working conditions is added to the total amount of wages, how much does the bad work they bring to Serbia from all over the world cost so many companies?

And how much does it cost to assume that we can replicate Italy from the 1960s in Serbia in 2021, with with the machinery from that era, thus losing most of the savings on the cost of electricity? And how much does it cost to maintain machines that have been used and reused, disassembled and reassembled several times? How much waste and scrap do they produce? How much could be saved if, instead of obsolete production lines and a labour-intensive approach, we invested in automation, in other words in fixed capital, rather than absorbing working capital by pushing masses of workers without even investing in the training of middle managers? Where can we find such a large workforce in a country where the demographic crisis is compounded by the brain drain and migration of muscle power abroad (or at least to Belgrade)?

These are not ethical questions (for which the Geox affair in Serbia offers ample food for thought), but rather a reflection on whether the approach of many entrepreneurs and the narrative with which Italian institutions present the Balkan country should be changed.

According to the most recent data collated by the Serbian Chamber of Commerce, there is only one industrial sector where Italy tops in terms of export from Serbia, and that is the textile and footwear sector (EUR 439.8 million in the first two months of 2021), a sector that shows the least brilliant growth dynamics compared to all the others considered. We should ask ourselves why, in spite of its long-standing and deep-rooted presence, Italy is the number one in Serbia only in a labour-intensive and low-innovation sector. For their part, institutions and representatives of Italian entrepreneurship are toying with the ranking in terms of mutual trade, where Italy is still at the top. But how much added value and how much marginality, how much subcontracting and how much innovation can be found in such extremely generic macro data? There is a lack of quality analysis in this regard, and at best, it is limited to a generic and pompous count of Italian-owned companies and the number of employees they have. Now, let’s subtract that number by 1,200 employees from this rather crude sum.

The low cost of labour in Serbia is often a mental trap for Italian entrepreneurs that does not encourage them to invest in state-of-the-art facilities, training, personnel not directly involved in production, digitalisation, and innovation in general, both in terms of products and processes.

The lower cost of production factors guaranteed by Serbia could allow for experimentation and innovations that are much cheaper to implement than in the parent company. Of course, to convert to this approach one would have to change the way Serbia is portrayed. While this Balkan country has been aiming for years to attract investments in innovative sectors and supporting creative industries, after living so many years in the country, I still don’t know what Italy’s strategy is regarding investments in  Serbia. If there is one, of course. 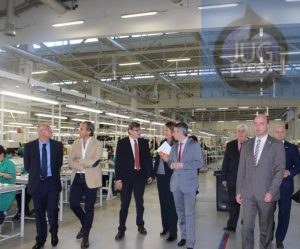 No wonder then that a company like Mario Moretti Polegato’s, whose holding company closed 2020 with a profit of EUR 413 million, has given up investing to re-think and re-launch its presence in Serbia. If Serbia is viewed as the Bangladesh of Europe but with bigger subsidies, if the change in the expectations of Serbian politicians towards foreign entrepreneurs is not communicated, if the economic evolution that the country is going through is not grasped, the challenge of changing the scenario will be solved by rejecting responsibility, one of the typical forms of managerial inadequacy.

Serbia, albeit brimming with a thousand contradictions, is changing. Is the ‘Italian system’, which is so often talked about on official occasions, ready to understand and deal with this change?