According to solar and similar calendars, the New Year’s Day marks the beginning of the next calendar year and the new cycle with the arrival of New Year celebrated as a holiday in many cultures adhering to annual calendars.

The earliest recorded New Year celebration dates back to the year 2,000 B.C.E. in Mesopotamia. It was celebrated at the time of the equinox in mid-March.

The Egyptians, the Phoenicians, and the Persians celebrated the New Year’s during the fall of the equinox, while the Greeks celebrated it during the winter solstice. In today’s Europe, the first recorded New Year celebration was on January 1st, 153 B.C.E., in Rome. More precisely, the month of January did not exist until 700 B.C.E., when the second king of Rome, Numa Pompilius added months January and February to the calendar.

As far as the tradition of decorating Christmas tree (or as we, in Serbia, call it New Year’s tree) goes, according to one of the historical interpretations, the Germans started doing this first, back in the 16th century. In Europe and America, decorating the Christmas tree became popular in the 18th century.

Despite cultural and time zone differences, Christmas and New Year’s celebrations remain the most colourful holidays of the year, with champagne and wine flowing, the exchange of gifts and fireworks.

In Serbia, New Year is celebrated in cities and towns, publicly and privately, in public squares, taverns, clubs and restaurants.

Since the most popular type of New Year Eve’s celebration in Serbia is definitely one that takes place in public squares, we are bringing you the 2019 celebration programme in three towns – Belgrade, Novi Sad and Zlatibor (the town at the foot of the eponymous mountain, if you are in a dire need of fresh, mountain air).

The biggest New Year’s Eve party in Belgrade will stretch over the course of three days – from December 30th to January 2nd. According to the unofficial information reported in the media, rock singer Bajaga and his band Instruktori and folk singer Haris Dzinovic will be in charge of musical entertainment. 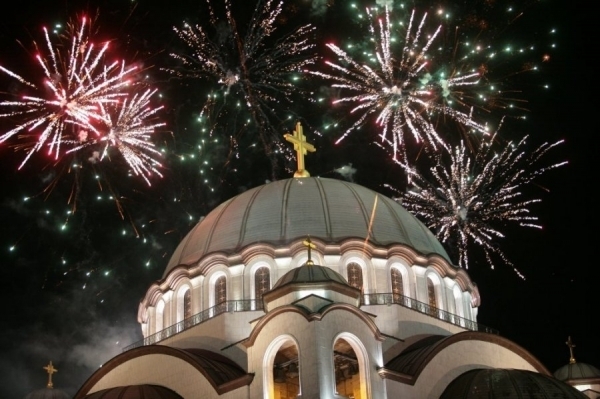 If you have any energy left on 1st January, check out the traditional event called “Open Heart Street” that will, this year, take place on the stretch between the Republic Square, Knez Mihailova Street and Obilićev Venac, with some parts of the event taking place on the plateau in front of the Faculty of Philosophy. The Open Heart Street (Ulica Otvorenog Srca, in Serbian) is a charity event for children (and everyone else) with music, shows, candy, costumes, magicians, clowns and street food.

The ice rink on Nikola Pašić Square will be transformed into the Ice Park that will span 1,200 square metres. There will be slides for the youngest visitors, a gaming zone, and many other interesting activities that are taking place under the auspices of the Belgrade Winter event. Belgrade Winter begins on December 1st, 2018, it will last until January 31st, 2019 and it will be held in more than 20 locations

This year, the citizens of Novi Sad will be able to enjoy the music of Darko Rundek, S.A.R.S and Plavi Orkestar who are all going to perform in the town’s central square on December 31st and January 1st. 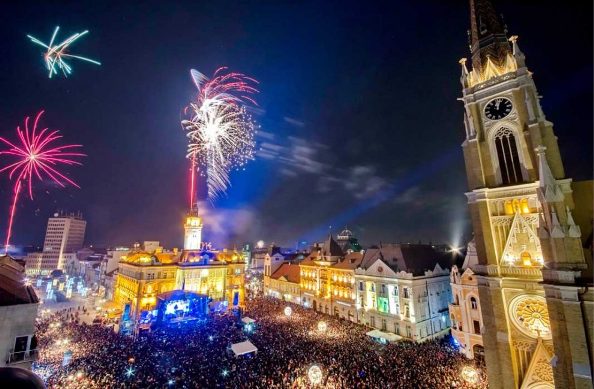 Plus, in the area surrounding the Liberty Square, there will be performances by artists from various music genres – brass music, tamburitza music, jazz. Also, there will be acrobats, jugglers and animators entertaining the masses. And when we say masses, we are not exaggerating. Last year, according to the city government’s estimates, a total of 50,000 came to the town centre to celebrate New Year’s Eve together.

Here is a detailed programme of New Year Eve’s celebration in Novi Sad:

13:40 – 14:00 – Santa Claus coming to visit the little ones and drawing workshop held by Teatrilo Drama Studio

The Zlatibor Tourist Board is in charge of organizing this year’s celebration which will be traditionally held in King’s Square, in Zlatibor’s centre. 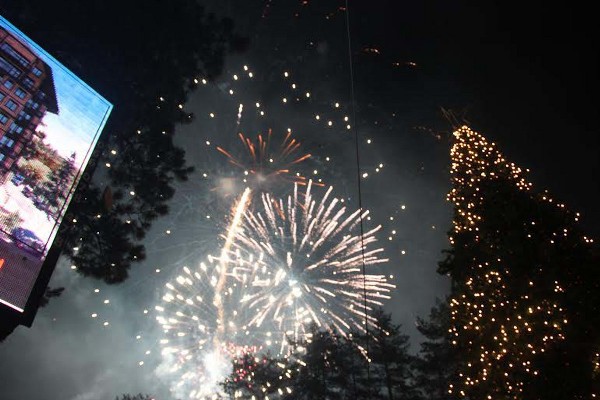 If you are familiar with the Serbian folk music, then the name Dragana Mirković certainly rings the bell. Mirković, who is one of the most popular and most enduring folk singers in Serbia, will give a free concert on the New Year’s Eve, with Imperium Band opening for her. Also, in keeping with the tradition, trumpets are a must-hear sound on New Year’s Eve and this year will be no exception.

Just like in Belgrade, the New Year’s celebration in Zlatibor lasts for the whole three days and it starts on December 29th, with the concert of Dino Merlin at STC Wai-Tai. On December 30th, the rock group Neverne Bebe will perform, and, as already mentioned, folk star Dragana Mirkovic will perform on the New Year’s Eve.