There is a well-known quote from Harriet Beecher Stowe, a 19th century American abolitionist and author, which says: “Women are the real architects of society”.

Whether you think this to be true or not, women have undeniably shaped many historical events, and, in some cases, changed the course of the world history, be it in a positive or a downright destructive way. Hopefully, the latter one was seldom.

In Serbia, woman’s path to liberation and modernization was anything but problem- and abuse-free. For centuries, they had been a part of this quiet, stagnant mass. And then, seemingly out of nowhere, female voices and faces started to emerge in culture, science and even politics, and they all had something to say, and even more to show.

We are dedicating this article to these female trailblazers who refused to let society define who they are, and what they could achieve.

The first one was the most powerful woman in Serbia in her time because she was married to a powerful man, and who cleverly used her influence to nurture and develop the culture of the medieval Serbia.

1.Queen Consort Helen of Anjou (In Serbian, Jelena Anžujska) – Helen of Anjou was the wife of Serbian king Stefan Uroš I, also known as Uroš the Great, who lived in the 13th century. During his rule, Serbia achived great prosperity thanks to economic development through booming mining activities, as well as an increase in silver and gold trade, mostly with the towns of Dubrovnik and Kotor.

Stefan Uroš married Helen sometime around 1250 (there are no precise historical records to corroborate this). The legend says that he was so besotted with her that he planted lilacs, her favourite flowers, in many areas of Serbia in honour of their wedding. 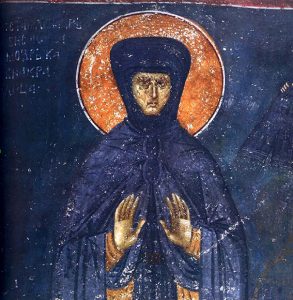 Helen, who was the daughter of a Hungarian nobleman and a French aristocrat Matilde de Vjanden, took her role of the queen very seriously. She founded the first ever all-girls school in medieval Serbia, in the town of Brnjak in Kosovo. She also encouraged transcription of books, which she later gave out for free. Furthermore, she was a staunch opponent of royal elitism, and was known for frequently opening her doors to the poor and downtrodden. Helen was the first queen to open a library at her court, and was a patron of many monasteries which she helped to build, including the Gradac Monastery.

She lived to the ripe old age of 78, outliving her husband who died when she was only 36. Near the end of her life, she became a nun in the Gradac Monastery.

2.Milunka Savic – Although a lot has been written and said about the bravery of Milunka Savic, she remains an inspiration for women today. Born in 1892, Milunka was a war heroine who fought in the Balkan Wars when she was only 20 years old, and in World War I. Also called “Serbian Joan of Arc”, she is known to be the most-decorated female combatant in the entire history of warfare.

So, how did she end up in the army in the first place when there were no records of female soldiers in Serbia at that time? When her brother got a call for mobilization for the Second Balkan War, she decided that she would take his place. She cut her long hair, put on a suit, and joined the Serbian army. Very quickly she was promoted to the rank of corporal for her bravery and combat skills. However, when she sustained injuries in one of the battles, and had to be hospitalized, her real gender was revealed much to the surprise of everyone.

Historians wrote the following about this event: “Savic was called before her commanding officer. They didn’t want to punish her, because she had proven a valuable and highly competent soldier. The military deployment that had resulted in her gender being revealed had been her tenth. But neither was it suitable for a young woman to be in combat. She was offered a transfer to the Nursing division. Savic stood at attention and insisted she only wanted to fight for her country as a combatant. The officer said he’d think it over and give her his answer the next day. Still standing at attention, Savic responded, “I will wait.” It is said he only made her stand an hour before agreeing to send her back to the infantry.”

As for the military honours she received during and after her combat years, they are truly spectacular – the French Legion of Honour twice, the Russian Cross St. George, the British medal for the Most Distinguished Order of St. Michael, the Serbian Miloš Obilić medal, and the French Croix de Guerre (of which was the sole female recipient) – to mention just a few.

In 1919 she was demobilized, got married, then divorced, gave birth to one daughter and adopted three more. Unfortunately, Milunka was generally forgotten by the public, and worked menial jobs (a post office clerk and a cleaner) to sustain her big family. In 1945, she was given a state pension, and continued to live in Belgrade. Milunka died in 1973. Today, there is a street in Belgrade named after her.

3.Mileva Maric Einstein – If you have not heard of Mileva Maric Einstein as yet, you really need to re-take your history and physics lessons. Mileva was one of the students at the Zürich Polytechnic, just like Einstein, where she was also the second woman to finish a full programme of study at the Department of Mathematics and Physics in the late 19th century. 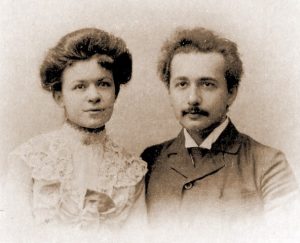 Albert and Mileva were not only spouses, but also collaborators on the physics papers that many contemporary scientists today consider groundbreaking. One particular paper, which Mileva allegedly co-authored, was the famous Annus Mirabilis (The Miracle Year, in English) which is commonly accepted today as the foundation of modern day physics.

Although, some scientists and historians are still doubtful that Mileva actually co-authored the papers, available evidence points to the contrary. Mileva and Albert did quite a lot of scientific work together, but the papers were always signed by Albert’s name. For instance, one of those joint papers was written in 1900, and it covered the topic of capillarity.

On 4th April, 1901, Albert wrote to Mileva saying that his friend Michele Besso “visited his uncle on my behalf, Prof. Jung, one of the most influential physicists in Italy and gave him a copy of our paper.”

They have been numerous speculations why Mileva let Albert sign all the scientific papers that they authored together. A former history professor at New York’s City College and the author of Mileva Maric’s biography, Radmila Milentijevic says that Mileva wanted Albert to make a name for himself in the world of science, and eventually find a steady job. Physics professor Dord Krstic from the Ljubljana University, who has been studying Mileva’s legacy for nearly 50 years, says that it was more of a gender issue. He says in his book: “…given the prevalent bias against women at the time, a publication co-signed with a woman might have carried less weight”.

Nobody will ever know!

Einstein divorced Mileva in 1919, after a few years of very strained relations. She died at the age of 72, in 1948, in Zürich where she is also buried.

4. Danica Tomić – Danica was the first ever woman pilot in Serbia, and a trailblazer at the time when piloting was viewed as strictly male profession. There is no available information about her date of birth or death, or her marriage to the pilot Miodrag Tomić, the commander-in-chief of the 6th Airborne Regiment.

As pilot’s wife, Danica could have chosen to live an affluent, carefree life, like many of her contemporaries, but that just wasn’t in her nature. 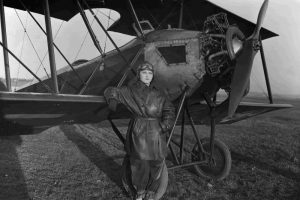 In 1928, at the celebration marking the 15th anniversary of Danica Airport, she had the guests gasping for air when she piloted a plane over a 2,500-metre-deep chasm. She took a great pride and joy in this flight because it marked her breaking free from the ordinary life of a housewife.

In 1930, when the Society of Reserve Pilots announced that they were taking candidates to train to become civilian pilots, Danica jumped at the opportunity. The admission commission described her flying as “calm, safe, steady, with rarely seen self-confidence”. The commission also noted that she was more apt at flying than many of the male candidates. Moreover, Danica was the first woman to perform a loop, one of the toughest aerobatic figures that involves a pilot doing a 360 degree vertical flight.

However, after obtaining her pilot licence, Danica fell into oblivion. Her husband, Major Tomic, was captivated by the enemy forces during the Second World War. After the war, he moved to America, and his wife probably went with him, but there were no records after 1933 to prove this.