Is it too early to talk about new concerts, film releases, theatre plays, and music festivals that you should definitely go and see in 2019? Well, considering that we are going to list here four events that are bound to attract and lot of attention and sell out quickly, no, we don’t think it’s early.

Granted, we still don’t know about all the exciting events that await us this year, but there are a few that we are pretty sure are going to cause a bit of stir (but in a good way) and are a definite must see.

Here they are, in a chronological order:

Every filmophile swears by FEST and will tell you that this is the biggest, the most important, and the quintessential film festival in this country. Over the last 48 years of the festival, more than 4 million people attended the festival’s screenings of over 4,000 films.

There have been a few bits and bobs of information about this year’s programme and so far we know that the third directorial film of the famous actor, Ralph Fiennes called ” The White Crow”, a Rudolph Nureyev biopic, which was partly filmed in Serbia and financed by the Serbian government, will be screened at the festival.

Also, as previously announced, the audiences will be able to see Emir Kusturica’s documentary about Jose Mujica, the former president of Uruguay, called “Pepe, a Sublime Life”, as well as a feature film about Silvio Berlusconi called “Loro” (“Them”). Plus, there will be a screening of the film called “The House that Jack Built”, directed by the controversial Lars Von Trier.

The winners of the 2019 Golden Globe awards – films “Green Book”, “Vice”, “The Wife” and “If Beale Street Could Talk” – will be showcased at FEST too.

You are never too old to be amazed by these awe-inspiring, terrifying creatures! This award winning show, based on the BBC’s documentary, is coming in May to Belgrade’s Stark Arena. 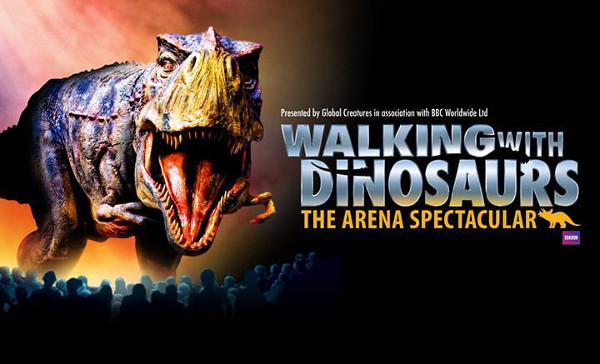 The audience will be able to see evolution of these giant beasts from their first existence, over millions of years, through to their extinction.The show includes the Tyrannosaurus Rex, the terror of the ancient terrain, as well as the Plateosaurus and Liliensternus from the Triassic period, the Stegosaurus and Allosaurus from the Jurassic period and Torosaurus and Utahraptor from the awesome Cretaceous period. The largest of them, the Brachiosaurus is 36 feet tall, and 56 feet from nose to tail. It took a team of 50 including engineers, fabricators, skin makers, artists and painters, and animatronics experts a year to build the original production in a Melbourne Docklands workshop big enough to park a Boeing 747.

With almost cinematic realism, WALKING WITH DINOSAURS has scenes of the interactions between dinosaurs, and the audience sees how carnivorous dinosaurs evolved to walk on two legs, and how the herbivores fended off their more agile predators.

Dutch violinist André Rieu will perform at Stark Arena in Belgrade on May 22, 2019, at 8 pm, and the tickets are selling like crazy with close to 1,000 already gone. Rieu is known for his dramatic stage performances that earned him the nickname “The King of the Waltzes”. 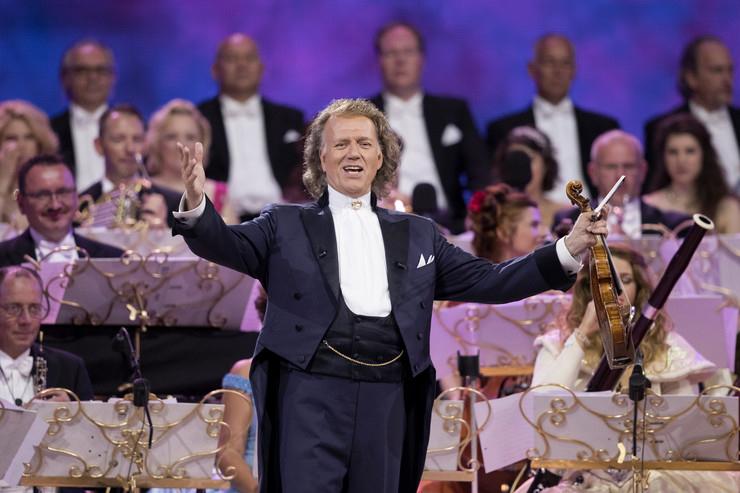 Together with his 60-member Johann Strauss Orchestra, which is the world’s largest privately run orchestra, the charismatic Dutchman has been performing all over the world for thirty years. Over 40 million sold CDs and DVDs, 30 first places on music charts and 500 platinum record awards, make André Rieu “the maestro of the mass”, to quote the New York Times.

In Belgrade, Rieu will be playing his famous Stradivarius violin to create a colourful concert full of surprises. His repertoire will range from romantic, emotional ballads to the celebrated waltzes.

You either love her or you hate her. You either consider her groundbreaking or just another artistic controversy. Regardless of how you feel about Marina Abramovic, there is no denying that his Belgrade-born artist is anything but ordinary.

Marina is returning to Belgrade in September this year, after a 44-year-absence, with an exhibition that is bound to raise some eyebrows and be a hit, at the same time. The exhibition titled “The Cleaner” will be officially opened in September 2019 and will last until January 2020. It will include drawings, paintings and installations spanning decades of Abramovic’s career, including the period when she lived in Belgrade during the 1970s.

In expectation of the exhibition, we suggest that you see a documentary film about this one-of-a-kind artist called “The Space In-Between: Marina Abramovic and Brazil” which depicts Marina’s search for healing and artistic inspiration in Brazil. During her stay in this South American country, she visits various shamans, and participates in their sacred rituals, while, at the same time, discovering her own creative processes.