The inglorious conclusion of the Fiat-FCA investment project in Serbia is an opportunity to deeply rethink the Italian presence in the Balkan country.

When, amid great enthusiasm, Sergio Marchionne inaugurated the most modern industrial plant ever built by a foreign investor in Kragujevac on 16 April 2012, Serbia had the Gross Domestic Product of USD 43.3 billion (-0.7% compared to the previous year), the GDP per capita of USD 6,000 (-11.3% compared to the previous year), and the official unemployment rate of 25.9%. 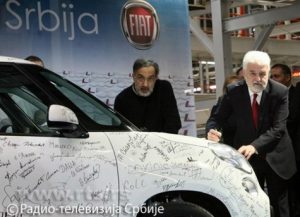 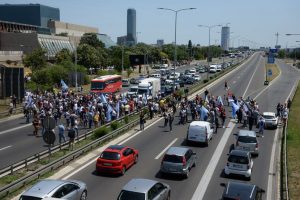 When, on 22 June, the FCA-Stellantis workers, who had already survived several rounds of job cuts, blocked the Gazela bridge in Belgrade (something that had not happened for an industrial dispute since the days of the most unscrupulous privatisations), Serbia had the GDP of USD 63 billion (+7.4%), a GDP per capita of over USD 9,000 and unemployment rate of 10%.

This is not the case of the Balkan country turning into a new Lichtenstein, yet over the course of a decade, GDP and per capita income have grown by around 50%, while unemployment has fallen by almost two-thirds – a respectable result and certainly not envisaged at the time of the Fiat factory’s inauguration. Over the same period, Italy remained stagnant (GDP fell from 2,088 to 2,099 billion euros and from 34,744 to 35,449 dollars per capita), while the unemployment figures went up – from 6.9 to 8.3% in March 2022.

The economic gap between the two countries remains abysmal, but it has narrowed considerably over the decade – in 2012, the Italian economy was 48 times larger than the Serbian one, in 2021, it dropped to 33. These are not abstract numbers, as economic relations also impact political relations.

The agreement signed between Fiat and the Serbian government in 2008 was not only industrial in nature, but also political – Italy’s leading industrial company was betting on Serbia, and in this way, Italy was becoming the guarantor of a path that the Balkan country was taking towards its reintegration into the major global economic chains, as well as its progressive integration into the European Union. It was a matter of definitively opening up the country to certain European values and also contributing to the creation of a new ruling class. For instance, courses on FCA’s ‘World Class Manufacturing’ methodology have helped train hundreds of Serbian engineers and technicians, creating, for the first time since Yugoslavia, a new lever of industrial managers who are not at the top of their game in hundreds of companies.

The economic development and European integration model envisaged for the country was, very roughly, as follows – labour-intensive industrial investments and projects financed by the EU and other international donors would bring down unemployment, reduce social tensions, improve the living standard, and develop a civil society capable of putting the 1990s chauvinism behind it, while accepting Kosovo’s independence, supporting its subsequent accession to the EU and integrating the country into NATO.

Italy played a leading role in bringing this vision to life. In 2004, Intesa San Paolo acquired Delta Banka, the country’s first bank acquisition. In 2006, Assicurazioni Generali entered into a partnership with Delta Osiguranje, the country’s first private group. In 2007, Fondiaria-SAI took over DDOR, the country’s third largest insurance company, for 264 million euros. If we add to that the investments in textile and footwear industries, along with all the other small and medium-sized investments that took place in the aftermath of Milosevic’s fall, there was no other country in Serbia as relevant in financial and industrial terms as Italy, at the time when Marchionne inaugurated the new factory in Kragujevac.

In 2012, Serbia seemed the ideal landing place for micro and small Italian companies looking to maintain their competitiveness based on low labour costs, even more so after the 2008-2009 crisis. Attracted by low wages and state incentives, dozens of Italian companies and entrepreneurs thus took the Serbian route. But after the launch of FIAT in Serbia, Italy no longer had any investments of a strategic nature in Serbia, often leaving the field to a swarm of entrepreneurs without capital, generic consultants, hearsay intermediaries, and braggarts of various kinds and experiences.  In many cases, industrial projects were passed off to poor municipalities, based essentially on the quest for cheap labour, perhaps with machinery that would have been destined for scrap metal in Italy, and above all, hoarding of mythical state subsidies.

Predictable outcomes, paradigmatic is the case of Geox in Vranje, which in 2015, pulled off the coup of obtaining as much as €9,000 in state grants in advance for each of its almost 1,000 new workers, with a business plan based on the idea that such state manna would last forever and that they would pay out a minimum wage of just €235 net. As soon as the two premises of the business plan changed, Moretti Polegatto’s company had no qualms about dismantling the machinery in Serbia and relocating to Albania.

Rise of the gross minimum wage in Serbia, in dinars

Moving north, the confidence of an executive of the Vojvodina investment promotion agency, Vojvodina Investment Promotion, remains fresh in memory: ‘There is not a village in Vojvodina where Italians have not created problems’. Even the recent bitter conflict between Valy, the Serbian subsidiary of Golden Lady, and the trade unions follows the same pattern – the unsustainability of a business model based on very low remuneration in a country where inflation has reached 11.2 per cent and the minimum gross monthly wage is not considered acceptable even by unskilled workers, despite the fact that it grew between 2016 and 2022 from €300 to €430.

Those who retort by citing the many cases of Italian companies operating in Serbia in a correct, efficient manner and in innovative sectors would, if anything, confirm the assumption – these companies have grown precisely by not following or lea this pattern on time, and by managing to find a value configuration not centred exclusively on labour costs and state subsidies, thanks also to consultancy firms in Serbia that are competent and capable of contributing to the development of sustainable investment models.

While it is true that the destiny of Fiat’s investment in Serbia was decided many years ago, when Marchionne renounced the launch of new models in order to arrive at the inevitable merger with another wealthier car manufacturer, it has nonetheless contributed to presenting the Balkan country in Italy as the Eldorado of state grants and cheap labour. The Fiat Chrysler Automobiles parabola, from which France’s Stellantis tends to distance itself through the current break in terms of industrial model and relations with the Serbian government, seals the end of the idea of Serbia in Italy. And it may not be an embarrassing factor, but a point of the relaunch of the Italian presence and industrial commitments in the country.

Serbia is no longer asking Italy for investments and new jobs as long as they are offering incentives and relief for the poorest areas of the country. On the contrary, there is a rush on the part of the country’s leadership to find and collaborate with the best skills and experience at a global level in digital transformation, energy efficiency, and management in general, even timidly beginning to hypothesise the introduction of ESG principles (environmental, ecological and social sustainability) in the management of state enterprises. This is a vision focused on attracting specifically targeted knowledge, experience, skills and capital, based on which strategic agreements have been concluded with various countries, like the agreements between Serbia and the Emirates-based G42 Group covering augmented intelligence and cloud computing; the agreement with the World Economic Forum for Belgrade to play host to the Regional 4th Industrial Revolution Centre focused on biotechnology and artificial intelligence; the recent Innovation Forum, promoted last April in Belgrade by France, to promote bilateral agreements in scientific research and the exchange of scientific training paths; the BIO4 applied research campus, modelled on Singapore’s Biopolis, which aim is to integrate biology and organic chemistry with Augmented Intelligence; the British funding the opening of the Open Data Hub; the strategic agreement with the United States stipulating the supply of NVIDIA superprocessors for the development of the Artificial Intelligence platform in the Kragujevac National Data Centre; the Cooperation Centre on Digital Government promoted by South Korea to implement cloud-based solutions and artificial intelligence in public administration, agriculture, health and social security; the Society 5.0 strategic programme promoted since 2020 by Japan together with the Serbian Science Fund which aim is to improve the quality of life of citizens and the improve the sustainability of their needs through new technologies; the efforts of GiZ, the German development cooperation organization, on promoting the circular economy in Serbia and the Swedish ENVAP and EISP funding that are helping improve landfills in numerous municipalities in Serbia. The list stops here not because we have run out of examples, but for our readers not to get bored. 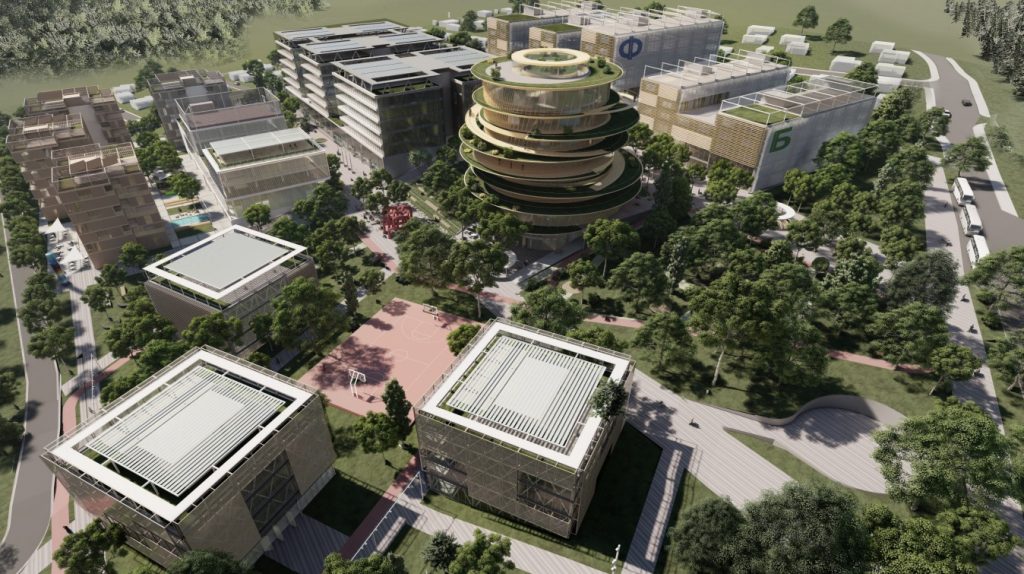 The rendering of the futuristic BIO4 campus

Through digital transformation processes, Serbia intends to overcome some of its structural limitations, be they geographical, political or social. The digitisation of building permits has now become a case study on how to make transparent an administrative process typically subject to discretion and corruption, so as to promote growth in the sector. The digitisation of public administration and the widespread use of solutions based on Augmented Intelligence will enable the automation of many processes, improving the efficiency of this elephantine sector, which already weighs heavily on the state budget, albeit under-staffed in many areas. The predictive capacity of technologies based on the so-called artificial intelligence applied to the state budget will provide for a better allocation of limited public resources. Cloud computing already makes it possible to provide public services (administrative and health services, first and foremost) in a homogeneous manner (Infrastructure as a Service) throughout the territory and from the territory to acquire the data to be analysed in real time, thus managing to cope, at least partially, with the problems of depopulation in marginal areas and traffic congestion in the capital city. Investments in frontier technologies will curb the brain drain and promote Serbia as a country of choice for researchers and professionals from developing countries.

These are not occasional agreements or sporadic initiatives, but a vision clearly spelt out in the official documents of the Serbian government. 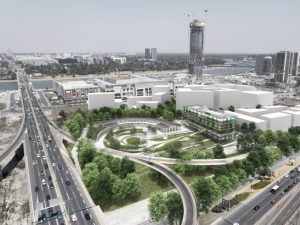 The old Lozionica train marshalling yard in Belgrade will become a centre for creative and innovative industries.

What about Italy? Precisely as a result of the evident exhaustion of a certain model of economic and political relations with Serbia, official Rome could open a new phase with Belgrade, in which the Balkan country’s efforts to become a knowledge-based society will interrelate with the Italian urgency to modernise its industrial, administrative and social model, the raison d’être of the National Recovery and Resilience Plan.

On the other hand, in an interconnected world, the idea that a country can reform itself endogenously without also transforming the ways in which it relates to other countries in terms of trade relations and joint development agreements is as inadequate as it is ineffective, just like so many ideas that are still associated with the relations between Serbia and Italy to date.

Did you find this article interesting? Please support our website by clicking here .