Polling stations in Serbia were closed at 8 pm. Voters voted for MPs in the national and Vojvodina parliaments, as well as for local councilors.

The voter turnout by 7 pm was 45.5 per cent, according to data from the Center for Research, Transparency and Accountability (CRTA). Rasa Nedeljkov from CRTA said that the total turnout would be lower compared to the 2016 elections.

At the invitation of Suzana Vasiljevic, the advisor to the Serbian President, Aleksandar Vucic, journalists have been gathering in the government’s press hall where Aleksandar Vučić is expected to make his first address on the election night. 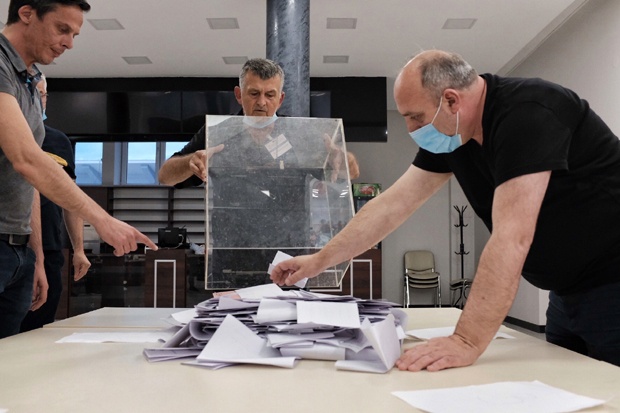 Preliminary reports from the OSCE teams show that 55,178 voters went to the polls in Kosovo and Metohija, which is 57.88 per cent of those registered.

The following are the first projections of election results from Ipsos and CeSid:

The results are based on 60.6 per cent of the processed sample.