Like any self-respecting illiberal democracy, on Sunday, 21 June, Serbia will go to the polls not to choose a new leader but to test how strong he still is.

The decisions regarding Kosovo are imminent, and perhaps, on 27 June, in Washington, Donald Trump will want to demonstrate first and foremost to Russia that he can still decide about the Balkans, as well as demonstrate to the American public that he knows how to close an issue which is so far removed, in terms of geographical knowledge, from his electorate.

Vucic will be called upon to accept Kosovo’s independence, probably caught off guard by the abrupt American acceleration that ousted former pro-European Kosovar Prime Minister Albin Kurti, who, with his formal obstructionism, also allowed Vucic to have even more time. A certain brutality of negotiation is in Trump’s nature, but as we already know, this year would be a decisive year for the Kosovo issue due to the US presidential elections in November.

How does Vucic arrive to this historic date? Of course, a superficial observer might say that the election is taking place in the best conditions possible. The low impact of the coronavirus contagion in Serbia, with less than 250 official deaths, the rapid recovery of the economy and social life, and the appreciation shown by foreign entrepreneurs and investors for the government’s effective measures to support the economy are all factors that should lead to a new electoral triumph. Which he would probably have… But the problems that Vucic will have to face the next day will not be political and parliamentary, to a lesser degree, but social.

This can also be noted from the messages he decided to disseminate during his election campaign.

Aleksandar Vucic and his international consultants have chosen to conduct a “peripheral” campaign, in geographical, social and demographic terms. 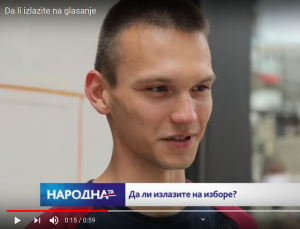 The campaign, with the slogan “For our children” (almost an anticipation of the justifications for the upcoming choices about Kosovo), focused less on the capital than on the other cities and towns in the country, such as Novi Sad, Smederevo, Novi Pazar, Nis, Stara Pazova and so on. The protagonists of the commercials are mostly young people, most of them at their first voting experience, and elderly people or people over fifty. Judging by their appearance, the clothing, the vocabulary and the pronounce, it is clear that they do not represent the most socially integrated and economically dynamic part of the population.

It is clear that Vucic believes that the central segment of the Serbian population, in terms of population, education and social and economic development, is lost or it’s not possible to win it back anymore. This slice of the population, which in Italy we could define as “reflective middle class”, finds itself suspended between abstentionism and a political offer of a fragmented opposition, ideologically inconsistent or simply unacceptable for those who believe in a Western-style democracy. Among actors more focused in hamming it up in TV  rather than arguing ideas like Sergej Trifunovic, candidates who are scoring points by remembering their successes in sports like Aleksandar Sapic or former technocrats who today, on the basis of polls, propose themselves as anti-immigrant sovereignist like Sasa Radulovic, there is enough material here to write a comèdie humaine of Serbian contemporaneity. 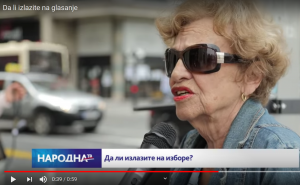 Moreover, the population of Belgrade, which has benefited most from the economic boom of the last three years, is the one that puts the country’s economic resilience first and is less involved in the Kosovo issue. So, it is precisely the peripheral electorate that must be reached, both to tie it with the vote to the historical decisions that will soon be taken, and to defuse the grip on this electorate of right-wing parties.

Thanks to the lowering the electoral threshold to 3%, the Parliament that will emerge from these elections will be less monolithic and gathered around Vucic’s Serbian Progressive Party than the previous one and theoretically more representative.

In fact, the boycott of the elections by the Freedom and Justice Party (SSP, Stranka Slobode i Prava, in Serbian) of Dragan Djilas and Marinika Tepic and by Bosko Obradovic’s Dveri, allows these parties wide political margins of criticism and new social rootedness as soon as the two crises that will characterize the country from the second half of the year become apparent – the protests against the independence of Kosovo and the rise in unemployment following the economic slowdown and the return in the country of many Serbian workers employed abroad until now, due to the effects of the coronavirus.

While Dveri, as a technically fascist party (the Serbian version of the motto “God, homeland, family” of agrarian and reactionary Italian fascism), will take the lead in the protests against the agreement for Kosovo, denouncing the non-democracy and the constitutional non-legitimacy of Vucic’s choice, the SSP of Djilas will aim to denounce the effects of the economic and therefore social crisis. It’s easy to imagine massive demonstrations in the autumn, with violent clashes between demonstrators and police and even victims on both sides.

The composition of the government and the choice of the Prime Minister will indicate how Vucic will want to deal with this scenario. Of the candidates for the role of Prime Minister, only Ana Brnabic today guarantees a certain degree of being attentive to the demands of the European Union. All the other candidates, from the current Minister of Agriculture Branislav Nedimovic (now the main candidate for that position) to Minister of Finance Sinisa Mali, are first and foremost, trusted friends of Vucic, who would guarantee an even closer link between the Presidency of the Republic and government action.

Putin’s visit in October would at least defuse some of the street protests thanks to his huge rise in popularity among the Serbian nationalist right. We’ll have to figure out how much this support will cost Vucic and what Putin will ask Trump for in return. 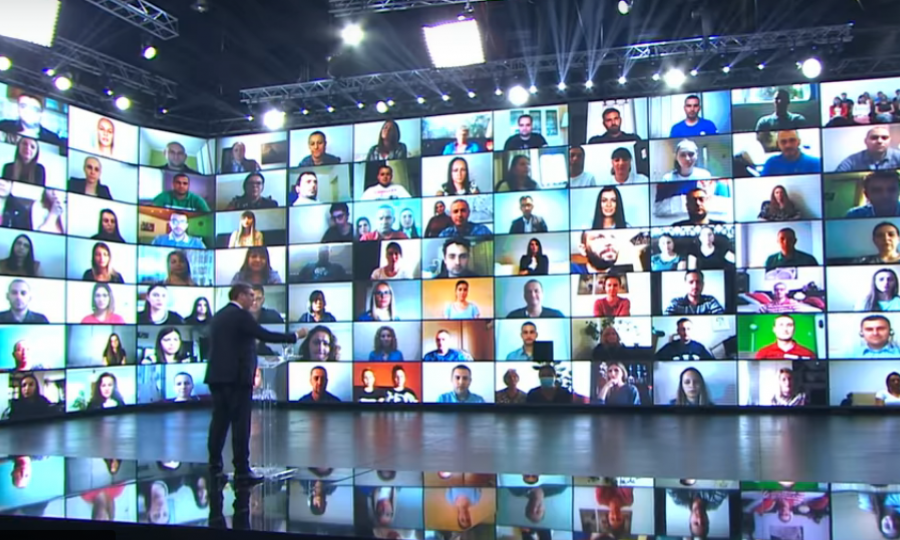 Aleksandar Vucic held the first web meeting via Zoom on May 15th, remotely meeting over 1,500 voters.

Elections are an emotional and non-rational moment. In his iconic book, “Homo Deus”, Yuval Noah Harari reminds us that elections do not serve to indicate a government or to solve intricate questions but, above all, to assess the feelings of the population. The question the Serbs will answer on 21 June is whether Vucic is still the man to be entrusted, in many ways paradoxically, to lead the country through the exit from the Nineties. The issue of Kosovo’s independence is a time bomb which explosion Serbian politicians have managed to postpone for over twenty years.

Will Western countries agree to give carte blanche to Vucic in exchange for stability, or will the instability also be increased from outside in order to achieve a regime change, in more or less democratic ways? What game will the neighbouring countries play, many of which are aiming to destabilise the country, and what game is the European Union, which is finding itself with increasingly limited room for manoeuvre, will play?

If so far the economic growth seems to direct the country towards a compromise based on the exchange between territory and material well-being, the COVID-19 epidemic has radically reduced the sustainability of this exchange. The risk of a new spiral in which impoverishment and nationalism feed each other could be almost certain. It is also up to diplomats as well as economic operators and investors to prevent Serbia from returning to the 1990s instead of leaving the decade altogether.