Among her most intense passions, there are the personalities of Marie Curie and Mileva Maric, the Serbian scientist and first wife of Albert Einstein. In this interview with Biagio Carrano, “the rock star of physics in Italy” presents the Serbian translation of “Einstein and I”, published a few days ago by Akademska Knjiga. A book dedicated to twenty-three years of love, study and challenges that have united the lives of the greatest scientist of the twentieth century and the genius of Serbian physics. 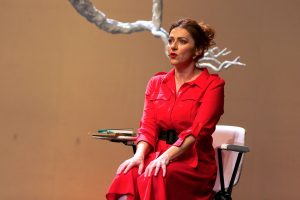 “In the book, I tell the story of Mileva, and how Einstein’s theory of relativity was born. I am not interested in discussions of who contributed and how much to the theory of relativity restricted and mass-energy equivalence. Mileva had an excellent mathematical mind, and she lived with Einstein when he created the theory of relativity, period. I recount the years together, from 1896 to 1919, that is, until they divorced. She had a dream: she wanted to become a physicist, but the male chauvinist society of the time prevented her from doing so. This is the heart of my whole story”.

At the end of the nineteenth century Mileva, a girl with a limp, born in Titel, a tiny village in the Banat, then the Austro-Hungarian Empire and now Serbia, sets out not only to study, but to become a scientist like Marie Curie. A cynic might say that she has failed in her purpose. Instead, today, her story is better known than ever. What makes Mileva Maric so fascinating?

“Mileva Maric is fascinating today because the story of her life becomes strength to us. Today we have a stronger awareness, compared to the end of the 19th century. And this awareness has been developing in us for years. For many years! So many lives had to alternate before us; before of the women before us, today we can say that we can realize ourselves in every field, professionally. Today there are many of us, as there were at the end of the 19th century, and all together we break down prejudices, clichés, stereotypes, and in doing so, we have been changing the world. Mileva set an example for everyone for she was a fighter and she was the one that put the first brick into a great foundation that we now have the task of completing”.

The “Einstein & me” show will be streamed live from the Bicocca University of Milan on Friday, 3 July, at 5 pm. The link to watch the show: https://youtu.be/NPx9YFUSXh0

What made two giants of physics like Albert and Mileva fall in love and what drove them apart?

“The desire to remain a child.  One remains a child by playing with mathematics, physics, numbers. They both liked to do it. They were both pure, and they saw everything through the eyes of science. That’s a great lesson for us. They grew apart because Einstein became Einstein and Mileva remained Mileva. Mileva remained Mileva because she couldn’t rise in the profession as she didn’t get the degree. They wouldn’t let her try again. A woman with two children, you have to imagine her back then… She’s been through hell. That’s why I asked the ETH Zurich to award a posthumous degree to Mileva Maric, as a sign of change. To show the new generations that times have changed…”

“Einstein and I” is published in Serbia by Akademska Knjiga. Mileva is a source of national pride, but there are no squares, central streets, or banknotes dedicated to her. Perhaps the publication of the book could also be an opportunity to make Milena even more present in the lives of Serbs? 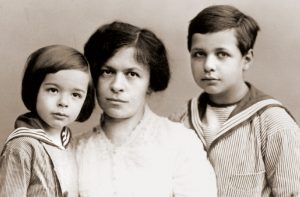 Mileva and her sons Hans Albert and Eduard Einstein.

“Let’s hope so! Mileva must be nurtured. She must be a source of pride. She was a fighter, a warrior. She lost her battle. But we can win her war today. That’s why it is necessary to remember her and to remember her now. As I did in my book. Today I make my dreams come true because of her.”

You invented a new way of presenting science. In your shows, not only the biographies of scientists come to life, but also their reasoning and their formulas. In a sense, you have combined two dimensions that were thought to be separate: the abstraction of physics and the emotional involvement of the theatre. How did your intuition to do this come about?

“I needed to make physics a habitable place so I created my theatrical performances, monologues, to tell the story of the lives of the great physics and also of their abysses and fears so that people can identify with them and reflect those stories. School books have always made us see great scientists as perfect images that were put on the pedestal. This is something completely new. I tell a story about their shortcomings and their impatience, and how they got out of it so that we can identify with them.” 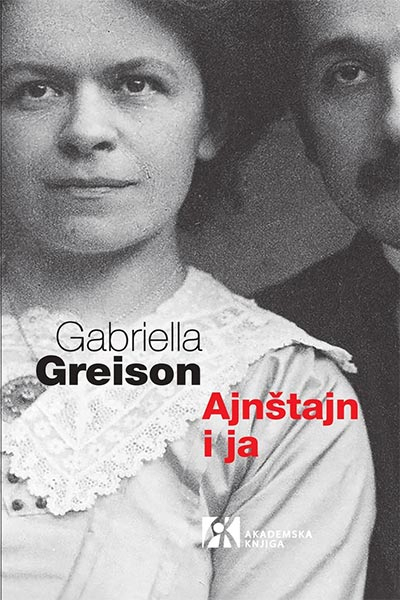 “The Slavistics professor at the University of Padua, Monica Fin made a proposal to me to buy the rights to “Einstein and I “as soon as the book came out in Italy and I did it in no time. This is a book for Akadenska Knjiga,” said Monica, and since she and I have similar tastes I had no doubts.

“Mileva Marić is one of the Serbian women of science dearest to me. Akademska Knjiga has already published the biography of Mileva written by Djordje Krstic based on historical facts. So, I already had a personal portrait of Mileva Maric. When I first read the novel “Einstein and I”, translated in Serbian by Kristina Koprivšek, I got excited. I found the personality I had imagined Mileva had in Gabriella Greison’s novel. Mileva’s dream in the book is to become a scientist, a mathematician, a physicist. Marie Curie was her idol. Mileva Marić was the first Serbian woman to enter the world of science and thus opened the way for many other women who would follow her example.

I am infinitely grateful to Gabriella for finding out who Mileva was. Thanks to the book “Einstein and I”, we had the opportunity to understand that Mileva’s biography was something different from Albert Einstein’s various biographies. My hope is that every Serbian woman who wants to devote herself to science will read Gabriella Greison’s book. And hopefully many men will do it too. “
Boba Babic, owner and editor-in-chief of Akademska Knjiga publishing house

Here is a little challenge to your divulgation skills: how would you explain quantistic entanglement to our readers?

“It’s two intertwined systems that communicate with each other even from a distance but are immersed in the world of the infinitely small. Quantum physics tells it all. That is my personal obsession. My next book will be about Schroedinger’s cat. “

Belgrade’s mathematical gymnasium is known all over the world and Serbian students always achieve success at the mathematics Olympics. What needs to be done, both in Serbia as in Italy, to interest more young people closer in mathematics and physics?

“They should come to my theatrical performances (the dates are posted on my website www.GreisonAnatomy.com ). I will also have a performance in English in Trieste soon, which is perhaps the closest place to you, and then I will also come to Serbia to present the book. “

You recount the efforts of great scientists to see what others do not see, so as to finally change the way we see the world. With its “Serbia Creates” programme, the Serbian government aims to change not only the image, but the economic model of the country itself by focusing on education, creativity and innovation. What is change for you as a physicist and an artist?

“An excellent initiative! Change is the greatest value we give to our existence. For me, change is essential for living. I am constantly looking for it, to grow, to motivate myself, to feed on electricity. And when I see it in other people too, courageous people who changed everything, I fall in love with it. The great physicists of the past have all experienced wonderful changes .”

Chasing your aspirations and realizing your inclination, always involves the risk of derailment, as you often call it. What would you say to those people who are on a dead track?

“I derailed twice in my life because I was not well where I was at the time, and therefore I swerved suddenly and I left the tracks. Not everyone knows how to steer. Instead, you need to have the readiness to do it. Otherwise, you die inside. Avoid spending time in places and people that do not make you flourish.”