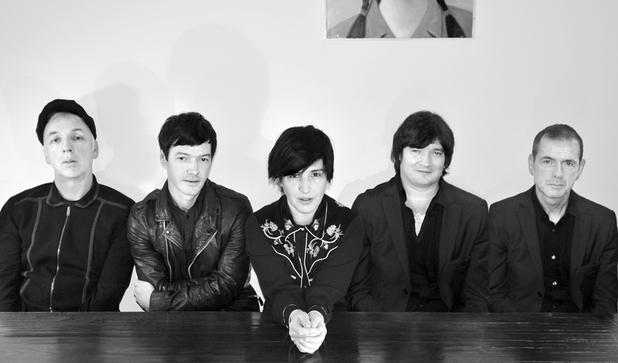 Given that, for health reasons, Texas had to cancel his performance at Arsenal Fest in Kragujevac, one of the most popular bands from the 1990s still did not want to disappoint their fans so their first concert in Serbia will be held on September 29th at the Sports Hall Ranko Žeravica. Texas is a Scottish pop-rock band from Glasgow. They were founded in 1986 by Johnny McElhone and Sharleen Spiteri on lead vocals. They took their name from the 1984 Wim Wenders movie Paris, Texas. The band released their debut album Southside in 1989, along with the debut single “I Don’t Want a Lover” which was an international hit, reaching the top ten in the UK and other high charting positions in Europe. The band released their ninth studio album, Jump on Board in May 2017 to critical acclaim, with “Let’s Work it Out” serving as the lead single from the new album.

Five years after her husband and daughter are killed in a senseless act of violence, Riley North (played by Garner) comes back from self-imposed exile to seek revenge against those responsible and the system that let them go free. The movie is screened at the cinema Cineplexx Usce.

Lust for Life is an American biographical film about the life of the Dutch painter Vincent van Gogh, based on the 1934 novel of the same name by Irving Stone and adapted by Norman Corwin. It was directed by Vincente Minnelli and produced by John Houseman. The film stars Kirk Douglas as Van Gogh, James Donald as his brother Theo, with Pamela Brown, Everett Sloane, and Anthony Quinn. Douglas won the Golden Globe Award for Best Actor – Motion Picture Drama for his performance, while Quinn won the Academy Award for Best Supporting Actor. The film is going to be screened at the Yugoslav Film Archive.

One of the cult classics of the Yugoslav film – National Class (Nacionalna Klasa) – has been digitally restored and will be screened at the Student Park this coming Saturday.  The film portrays one week in a life of Branimir Mitrovic “Floyd”, a young rally driver from the National Class (up to 785cc), dreaming of promotion to the higher category. He lives a carefree life of a Belgrade dandy boy, neglecting his girlfriend, avoiding his army draft calls, and refusing to deal with any life responsibility in general. The decisive race on Saturday is only what he cares about. 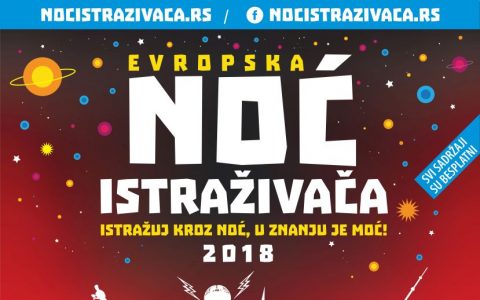 The European Researchers’ Night is an event dedicated to popular science and fun learning. The Researchers’ Night is a unique opportunity to meet researchers, talk to them, and find out what they really do for society, in interactive and engaging ways such as hands-on experiments, science shows, learning activities for children, guided visits of research labs, science quizzes, games, or competitions with researchers. The European Researchers’ Night takes place every year all over Europe and in neighbouring countries the last Friday of September. This year, the Night will take place on Friday and Saturday, 28th and 29th September in over 300 cities. The events are supported by the European Commission as part of the Marie Skłodowska-Curie Actions, which is an EU funding programme to boost the careers of researchers.