Since moving to Lazio from Genk in August 2015 for approximately £16.2 million, Serbia’s Sergej Milinkovic-Savic has quickly established himself as one of the world’s best central midfielders. That said, given his growing status within the game, it’s not beyond the realms of possibility that he could soon replace Novak Djokovic as the face of Serbian sport.

The Midfielder Has the Talent

Over the years, the Balkan country has produced numerous trophy-winning players, including Aleksandar Kolarov, Dejan Stankovic, and Nemanja Vidic. At present, however, Milinkovic-Savic embodies the modern era of Serbian football, and is, according to Transfermarkt, the highest-ranked Serbian player regarding market worth, with a value of £57.6 million at the time of writing.

Following his transfer to Italy, the 25-year-old has scored 36 goals in 194 appearances for Le Aquile, in addition to proving 26 assists. Moreover, since making his debut for the national team back in November 2017, the six-foot-three central midfielder has played 15 times for Serbia.

Much like Djokovic, Milinkovic-Savic possesses the talent to produce unforgettable moments that leave spectators on the edge of their seats. Two seasons ago, the Serbian scored two goals against Chievo, one of which was a well-taken left-footed volley following a lofted through-ball from Lucas Leiva. Throughout the football world, there are few players of his size that play centrally who can drive beyond players like they aren’t even there, with his ball retention and dribbling being two of his most impressive attributes.

Potential to Move to a European Super Club

Given that Milinkovic-Savic is only now starting to enter his peak years as a professional footballer, it appears unlikely that he will ever be able dominate to his sport quite as Djokovic has with tennis. As of April 25th, the 32-year-old has won 17 Grand Slams, which is the third-most in men’s singles history. That said, while surpassing Djokovic’s total number of titles will prove to be a sizable task, there’s nothing to say that Milinkovic-Savic won’t enjoy more career success over the coming years.

Having already won two Italian Super Cups and one Italian Cup with Lazio, the 25-year-old appears ready to take the next step in his career, with a move to one of Europe’s super clubs rumored to a possibility. Given that Lazio were the second favorites behind Juventus to win Serie A at online betting with Paddy Power before the suspension of the league, Milinkovic-Savic may start to consider his options. With The Old Lady claiming the last eight Serie A titles, the six-foot-three midfielder may need to leave Lazio to continually add further winners’ medals to his collection. 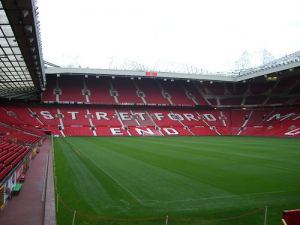 While, on an individual basis, the Lazio midfielder may not yet be comparable to Djokovic, moving to a European super club, such as Manchester United, will undeniably enhance his reputation. According to reports, the Red Devils are lining up a move for Milinkovic-Savic as they seek to strengthen their midfield. United are widely considered as the most supported club in world football, and, if the 25-year-old was to make the move, he would be well placed to replace Djokovic as the face of Serbian sport.

Milinkovic-Savic can Dominate Midfields for Years to Come

Ultimately, there can be no doubt that Milinkovic-Savic has the ability to become the face of Serbia’s sporting scene in the foreseeable future. Moving to a well-supported club with the potential to regularly compete for major honors could prove pivotal to enhancing the midfielder’s reputation. In turn, replacing the 17-time Grand Slam winner as the poster boy of Serbian sport is perhaps more of a possibility than ever before.