Courtesy from the blog of Professor Branko Milanovic, http://glineq.blogspot.rs

The Balkans are an odd man in Europe. Its income level is much lower than the average income level of Western and Central Europe. This is a well-known fact but is worth of another look. The median GDP per capita in Western Europe is around $40,000 (expressed in constant 2005 international dollars used by the World Bank). Balkan countries’ incomes range from a bit over $10,000 to just over $20,000 (excluding Greece). In other words, the gap between Western Europe and the Balkans is at least 2 to 1, and on average about 3 to 1. (Obviously, taking the richest to the poorest country, the gap would be much higher). If you look at the map of Europe without knowing much history, you should be surprised by such gaps: the distances are small; the flight time between Vienna and Belgrade is about an hour, but the income gap between the two cities (after adjusting for the lower price level in Belgrade) is probably around 4 to 1. This is equivalent to losing 30% of your income every 15 minutes. Why is that the case? 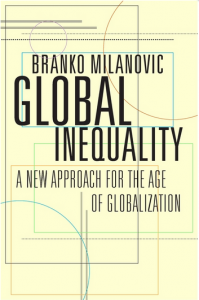 I would agree with the standard historical explanation that sees the type of colonial power as the main “culprit”. The areas controlled by the Ottomans for between three to four centuries do have lower incomes, lower educational attainments, lower levels of trust in institutions etc. than the areas that were part of the Habsburg Empire.  Moreover, this is not a new phenomenon: the gaps, in non-income variables (like literacy or numeracy rates) were even wider in the past, and especially so in the early 19th century when most of Balkan countries (as well as the dissatisfied nations under the Habsburgs) began their movements towards independence. This is the first part of the standard explanation.

The second part of the standard explanation is slower growth due to communism. This may perhaps best seen in the income gap between Greece and other Balkan countries, a gap that was smaller in the 1930s than in 1989. For example, according to the 2017 Maddison Project data, the Greece-Romania GDP per capita ratio was 1.4 just before the Second World War but increased to 1.9 by 1989.

This is, I think, so far a standard explanation with one detail which I find rather puzzling. In the multitude of papers and books that deal with colonial origins of today’s institutions and thus incomes levels, there is –rather inexplicably—hardly any mention of Ottoman colonial influence which of course does not apply solely to the Balkans but to the Middle East and North Africa as well. I hope it is one of the lacunae that future work will fill. 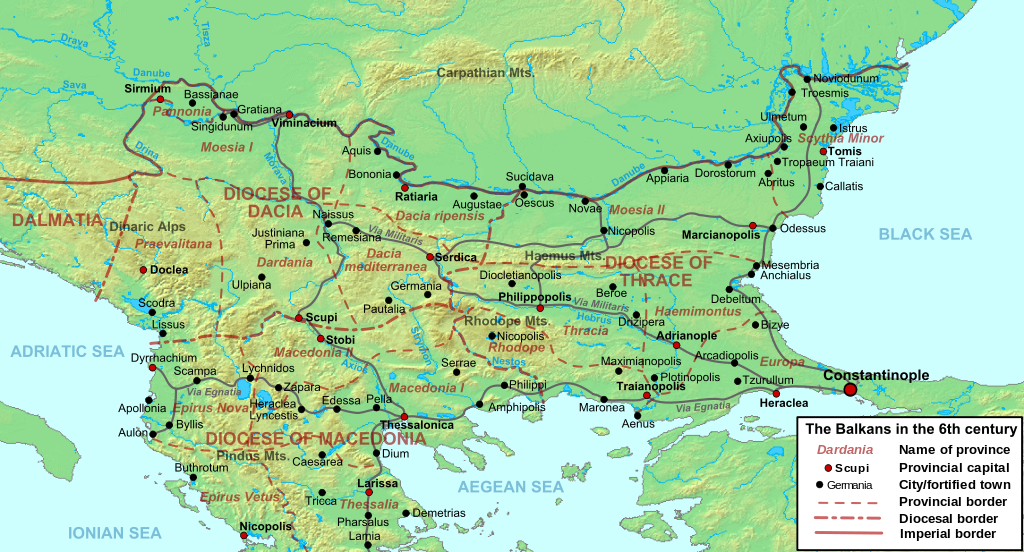 But my interest here is to speculate why the Balkans were not more developed even at the time of the Roman Empire. Looking at the map again, this presents an even greater puzzle. Balkans (which at the time did not have a single name since the appellation of the Balkans comes from the Ottomans) were “squeezed” between  two most advanced and developed parts of the then known world: Greece/Asia Minor and Italy (Rome). Why were then developments in the Balkans so slow?

If one looks at the data on urbanization, the Balkans (excluding Greece) were not much urbanized. The distribution of the largest ten cities around 150 was as follows: 3 in North Africa (Carthage, Lepcis Magna and Ptolemais), 2 in Egypt (Alexandria, Memphis), 2 in Greece (Athens and Corinth), 2 in Italy (Rome and Syracuse), 1 in the Levant (Antioch). The smallest of them was estimated to have had 80,000 inhabitants. The biggest Balkan city was Iader (today’s Zadar in Croatia) with 30,000 inhabitants (data from Andrew Wilson, “City Sizes and Urbanization in the Roman Empire”).

In terms of income, around the same time, the differences were large too. Maddison’s data show the Balkans (again without Greece) to have had per capita income of a little over $400, approximately the same level as Gaul. But this is a surprise since the Balkans are wedged between the two wealthiest parts of the Euro-Mediterranean world:  Greece and Asia Minor with more than $500 per capita and Italy with almost $700 per capita. Normal expectation would be that the area’s income should be some weighted average of Italian and Greek incomes and thus perhaps 50% higher than it was (and certainly higher than the faraway, in civilizational terms, Gaul, not to speak of the end of the world: the British Isles).

Gibbon wonders about that too and mentions what is an interesting hypothesis and perhaps the answer to our query: geography. The geography of Dalmatia and Moesia (to take the provinces as they were in Trajan’s time) is such that there is only a narrow strip of Mediterranean coast along the Adriatic, followed almost instantly, as one moves towards the hinterland, by high and impassable mountains. They make for spectacular contrast as anyone who has travelled to the Bay of Kotor in Montenegro can vouch, but they also make communication with the hinterland difficult.

It is then not surprising when one reads about the multiple travels of poets, writers, soldiers and emperors between Italy and Attica and the Aegean, that the travel was always done by the naval route crossing the Adriatic preferably at its narrowest point, Otranto, between today’s Puglia and Albania. It would have been much more perilous and longer to take the land route. So two things happened: the part which communicated directly with the most advanced world was limited to the coastal areas of the Adriatic and never expanded into the hinterland; and the inconvenience of the land route between Italy and Greece made hinterlands additionally underdeveloped and less urbanized than we would expect.

But the “worst” part is that after several mountain ranges end, the terrain, as one moves further East and gets closer to the Danube gets flat and thus ideal for all kinds of invasions from the steppes. This is indeed what happened and the number of peoples who took that route, attacked and pillaged the area is innumerable. Rome as it expanded eastward had to build its famous limes along the Danube (and later to expand it by annexing Dacia) and while the region became more important in the 2nd , 3rd and 4th centuries its importance was translated mostly in military and strategic terms. Not only did many Emperors hail from the Balkans (which is not surprising since in the later Empire only generals could realistically aspire to become emperors) but the cities that grew in the “frontier” area were basically military garrison towns. They had some luxurious buildings where top officers and emperors resided but little signs of a lively middle class that one finds in the cities that dot the coastal areas of Asia Minor or the Levant. Balkan cities, if I can venture this generalization, were military encampments. Marcus Aurelius who spent most of his late years on the “frontier” fighting there did not seem to have left any trace. Had Constantine chosen Serdica (today’s Sofia) instead of Byzantium, as he seemed to have thought at one point, the situation might have become different: a true city life could have been born. But this did not happen.

So if the mountains were some 400 km to the East would the entire history of this part of Europe, and quite possibly Europe too be different?