Event: Night of the Book 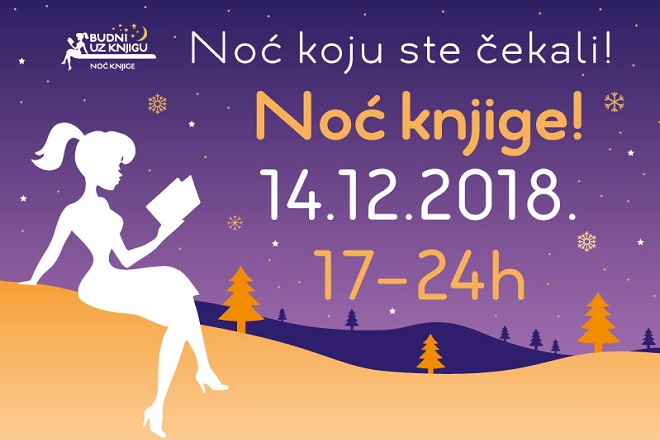 The  19th, and so far, the biggest, the Night of the Book will be held on Friday, December 14th, in Laguna’s book clubs and Delfi’s bookstores, in as many as 28 cities in Serbia and 57 locations in the region including Banja Luka, Bijeljina, Tuzla, Sarajevo, Podgorica and Niksic. As usual, on the night, Laguna will offer its books at discounted prices – if you purchase one book, you will get a 25 percent dicsount, two books 30 percent, three books 35 percent, and four and more 40 percent. All discounts will be available on the websites www.laguna.rs and www.delfi.rs too. Also, libraries across Serbia will offer discounts on their membership on December 14th, ranging from 30 to 60 percent. On the night, the readers will be given an opportunity to meet and greet their favourite writers such as Bojan Ljubenović, Miomir Petrović, Luka Mičeta, Uroš Petrović, Ljubivoje Ršumović, Igor Marojević, Vladimir Kecmanović, Vladimir Tabašević, Čedomir Antić, Branko Rosić , Vladeta Janković, Vuk Draškovic, Goran Marković and others.

Event: Exhibition „Rings and Earrings from the Antiquity to the Middle Ages” 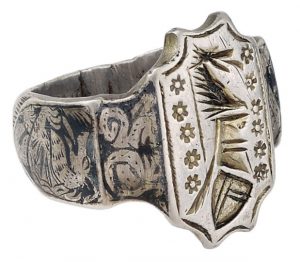 The exhibition of the Museum of Applied Art Classic and Symbolic – Rings and Earrings from the Antiquity to the Middle Ages is the result of a broader exploration of connections and interpretations of ancient heritage in Serbian medieval jewellery. The most popular and most common forms of jewellery are presented at the exhibition – rings and earrings, from the Museum’s Collection of Metal and Jewellery (95 objects), as well as precious items from the holdings of the Historical Museum of Serbia (10 objects). Jewellery lovers now have a unique opportunity to see in one place famous and unknown masterpieces, such as the golden ring that belongs to the Cretan-Mycenaean culture and dates from cca 1.400 BC, two-thousand-year-old Roman intaglios, a Byzantine seal ring dating from the sixth to seventh century, and 14th – 15th century rings worn by knights and archers.

One of the most soulful singers in the Balkan regions and one of the best interpreters of the Bosnian sevdalinka, Amira Medunjanin will perform at the Serbian National Theatre on Friday, together with the Vojvodina Symphony Orchestra. Medunjanin was born in Sarajevo and her fascination with the oral tradition of Bosnia and Herzegovina led her to devote herself to creating a unique voice. Singer, humanitarian, and global ambassador for both the culture and music of her native Bosnia & Herzegovina and the wider Balkan region, Medunjanin has been described as ”one of the great voices of her generation, with a voluptuous sound that hovers enticingly between East and West” by the British daily, The Observer.