There is a strange dichotomy interwoven into the fabric of our society today – we are compelled to work so hard, yet we crave relaxation; we have willingly become a part of a bigger system, yet we want our individuality to be respected; we are quick to say ‘yes’ to others, but not to ourselves.

And most importantly, we have forgotten how to live in the moment. ‘Living in the Now’ has become an elusive category, pushed aside for when we have the time, or when we are not that tired, or when we get that new job, or start a new relationship. 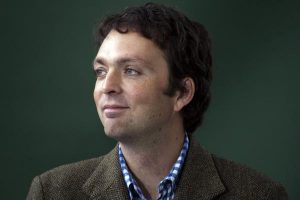 The British writer and founder of the Idler website, Tom Hodgkinson decided to do something about the anomaly called overachieving that is eating away our society like a cancer, and write a bestselling book about learning how to be idle. Yes, you read that right – being idle – as in not working, producing, achieving, fretting, rushing…. The book, called simply “How to be Idle”, now available in Serbia too, is a manifesto that everyone should read.

And then, after reading it, you should make a conscious decision to stop for a moment. And enjoy in the life around you!

But we’ll let Tom talk about that…..

For many years now, we have been inundated with books, films and articles about how to become more productive, working hard to achieve your dreams, and relentlessly trying to snatch that proverbial carrot on a stick. Doing nothing is often perceived as laziness, and we are made to feel unworthy if we are not constantly being productive, be it at home or work. When did indulging in idleness start to receive such a bad rapport?

Idleness has always been under attack. From the Greek writer Hesiod who said that the idle farmer would be forced to eat acorns all winter, to the Biblical moralists who said that he who does not work shall not eat, to the Puritans of the 17th century who thought that life was all about work, to the avatars of the Industrial Revolution and the politicians of today, who praise “hard-working families”. But there is an alternative spiritual and philosophical tradition which has praised the opposite. In ancient Greece the Epicureans sought to escape the bustle of the city, and the Stoics attempted to “go with the flow” and reject the consumer society: their hero was Diogenes, who had no job and lived in a barrel. The old Chinese philosophers also praised leisure and doing nothing. This alternative tradition has been kept alive by religious leaders and by poets and philosophers. However, in recent years the work ethic has come to dominate the world, mainly thanks to the example given by the super hard-working Americans.

What does it really mean to be idle?

It really means to find freedom, to do the things you want to do, to live a fulfilled life. 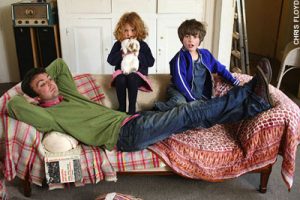 Why is it so important to consciously take time out every day to be idle; to go for an impromtu midday walk in the park, have a long nap, or take a long siesta?

You have to make a special effort to be idle in today’s world because society, for many of us, does not help much. In the old days there were sabbaths and holidays. As we have become increasingly secular and utilitarian, those periods of rest are no longer built in to the calendar. Idleness is also very good for your health: we all need more sleep and time to do nothing. Overwork turns your hair grey; it exhausts you; it will send you to an early grave. Drinking wine and playing backgammon in the sun will extend your life.

There have been media reports about several Scandinavian countries contemplating of having a six-hour work day in a bid to increase productivity and make people happier. In your book, you argue that “a four-hour [working] day is an eminently sensible way of operating our lives”. What do we stand to gain, in terms of productivity, if we work shorter hours?

Various studies have shown that working shorter hours does not always lead to a decline in productivity. In fact, long hours make you tired and inefficient. In the early part of the 20th century, America’s leaders believed that civilization and progress was about making the working week shorter. And the great economist John Maynard Keynes predicted that by 2030 we would have a four hour working day. Let us make this come true.

There is a proverb that says: “The hardest work is to go idle”. Why do we often feel guilty if we do nothing, or if we spend some downtime all by ourselves, putting others, be it family, children or work, on the backburner for a moment?

The guilt is created by the authorities and culture, by the wider society. There are examples of societies today who do not feel guilty about sitting around doing nothing. I recently visited Italy and it was striking that the people there enjoy sitting around or walking slowly through the cities. They do not appear to be guilty about doing nothing. I think it is related to Catholicism: Christianity in Italy is closely related to medieval Christianity, and in medieval times, there was less emphasis on work.

Some have branded your book as “a call to civil disobedience” while others call it “revolutionary”. Do you think the time has come for us to seriously re-think the way in which we have structured our lives, which usually revolve around work, and to deconstruct them in order to become happier?

Yes but this is a constant need – not something especially new. There is always a need to rethink our lives. That is what philosophy was invented for in Ancient Athens. So I am just inheriting an old tradition.

You have raised quite a few eyebrows by claiming that capitalism and Christianity have “ruined everyone’s fun” by elevating work above leisure. How so?

It is more that a certain kind of Christianity ruined our fun. Before the Reformation, the Church encouraged merry-making. They gave us lots of days off; Christmas lasted twelve days, and all that kind of thing. It was later that the Puritans insisted on the importance of work over leisure. They believed that the devil finds work for idle hands to do, and that everyone should be kept busy. That evolved into the dominant philosophy of today, which is that we should all either be busy working or busy being distracted by our devices or busy shopping. Do not stop to think!

If you could give one piece of advice to our readers, what would it be?