Whether you are foreigner or a native living in Belgrade, you probably already know the standard facts about the Serbian capital city.

It lies on the confluence of two rivers – the Sava and the Danube, it has over 1 million inhabitants and historic landmarks like Kalemegdan Fortress, Saint Petka’s Chapel, the official residence of the Serbian royal family called ‘Beli Dvor’, the Bohemian quarter of Skadarlija, the monuments on the Avala Mountain and many others.

Belgrade is also dubbed the fun capital of Southeast Europe, known for its wild nightlife.

That’s the information that you usually find in tourist brochures, and, to be perfectly honest, it sounds quite generic. However, there is a different side to Belgrade. The city has places that are less than ordinary and quite exciting to see, with some of them being downright bizarre.

Have a look at these:

1.The cave underneath Belgrade – Yes, believe it or not, there is a huge cave that a part of Belgrade rests on called Šalitrena Pećina (not to be confused with the eponymous cave near the town of Mionica). It is located in the city centre (in Tašmajdan, to be more precise), just beneath St. Mark’s Church. Back in the Roman times, the stone from the cave was used in making sarcophagi which were later found by archeologists in various parts of Belgrade. The cave is thought be between 6 and 8 million years old, and it is criss-crossed with secret passages that were used by the Nazis in the Second World War who had power generators, water supply, and even a lift installed here. When they retreated from Belgrade, the Nazi’s destroyed most of their underground chambers. 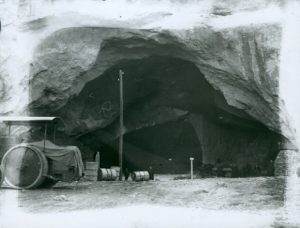 You can enter the Šalitrena Pećina (also known as the Tašmajdan Cave) from the Aberdareva Street. 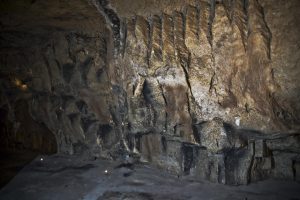 2.Belgrade as one of the biggest centres of freemasons in this part of the world – How many times have you walked down Knez Mihailova Street, and never noticed a conspicuous looking metal pyramid just in front of the building on the number 35? The pyramid, which was erected in 1955, has the markings of Belgrade’s coordinates, the city’s altitude, the sides of the world and the data about gravity. The official explanation is that it is a “monument in honour of science”, hence its location in front of the building housing the Serbian Academy of Arts and Sciences (SANU). However, on closer inspection, the pyramid has the typical symbol of the freemasons on the top. 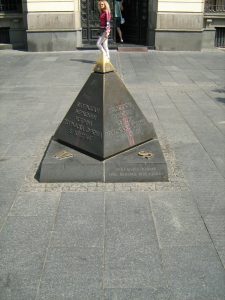 Actually, it is the freemasons’ United Grand Lodges of Serbia that has praised the role that the Serbian Academy of Arts and Sciences had in maintaining Freemasonry alive in Communist Yugoslavia. Even the crypt in which the famous Serbian General, Živojin Mišić was buried has one of the most recognizable symbols of Freemansory – acacia branch.

3.Belgrade as home to the oldest ‘kafana’ in Europe – Historians claim that the oldest ‘kafana’ (a Serbian word for a colourful local bistro) was opened in Dorćol, in 1522. The only beverage that this kafana served was coffee, hence the name. It was actually the Turks that opened this establishment, and since then kafanas have been the centre of cultural, economic, social and political life, a place of fun and pastime, vice and passion, machinations and plotting to overthrow governments and rulers. 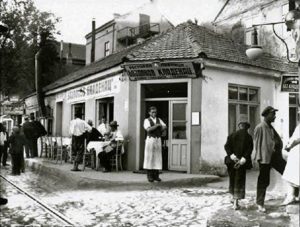 4.The Roman water well – This water well is located on Kalemegdan Fortress, near the statue of The Victor. It’s hidden behind a massive door, and, at first glance, it looks like something from Hitchcock’s films. This is the place that has been used for centuries as a torture chamber, where the prisoners used to carve their names into the walls, and which lies 60 metres deep. Due to the moisture and very scarce light that barely penetrates inside, stalactites have been formed here. The well has two spiral staircases with a total of 212 stairs. 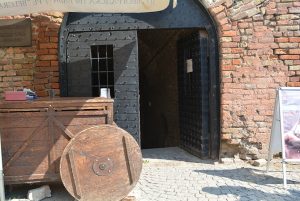 Historians say that the most brutal event here occurred in 1494. Thirty seven Hungarian conspirators died in the well after their scheme to let the Turks into the Kalemegdan fortress and surrender the city to them was thwarted. They were to be paid by the Turks, but were discovered and dropped into the pit with ropes. They were left there without food and after they began losing their minds from hunger, they were thrown knives to kill each other. This event was described in detail by the Turkish traveller, Evliya Çelebi in 1660. 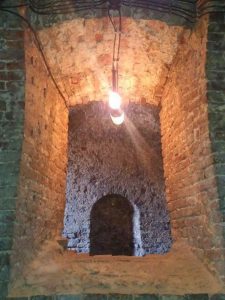 For details how to visit the Roman Water Well please contact Undergrad.

5.Belgrade as the main character in the Battlefield 412 video game – Belgrade is the main “character” in the video game Battlefield 2142, created by EA Games. The synopsis of the game is the following: “In February 2140, the PACs X swept through Serbia and trapped the EU 9th Armoured Corps in the heart of Belgrade”. 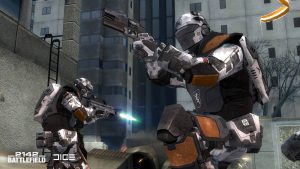 Belgrade also appears in another computer game called Half-Life 2. The building of the Serbian National Assembly is adapted to look like the City 17 and, in the game, it is called Overwatch Nexus. The monument to Mihailo Obrenovic also makes an appearance in the game.