You often hear people, including a number of foreigners, complaining/criticizing that the media are constantly reporting about what can be seen, done and enjoyed in Belgrade and Novi Sad, as if other parts of the country did not exist.

Valid point, we must say! It seems that reporting about happenings in Serbia has become Belgrade- and Novi Sad-centric, particularly when it comes to various cultural and traditional events. To compensate for this insufficiency and introduce you to the colourful Serbia that exists outside its two biggest cities, we have decided to show you what happens in 13 other Serbian towns (some mountains too) throughout the year.

This time around, we are going to focus on festivals, musical and of other kinds. 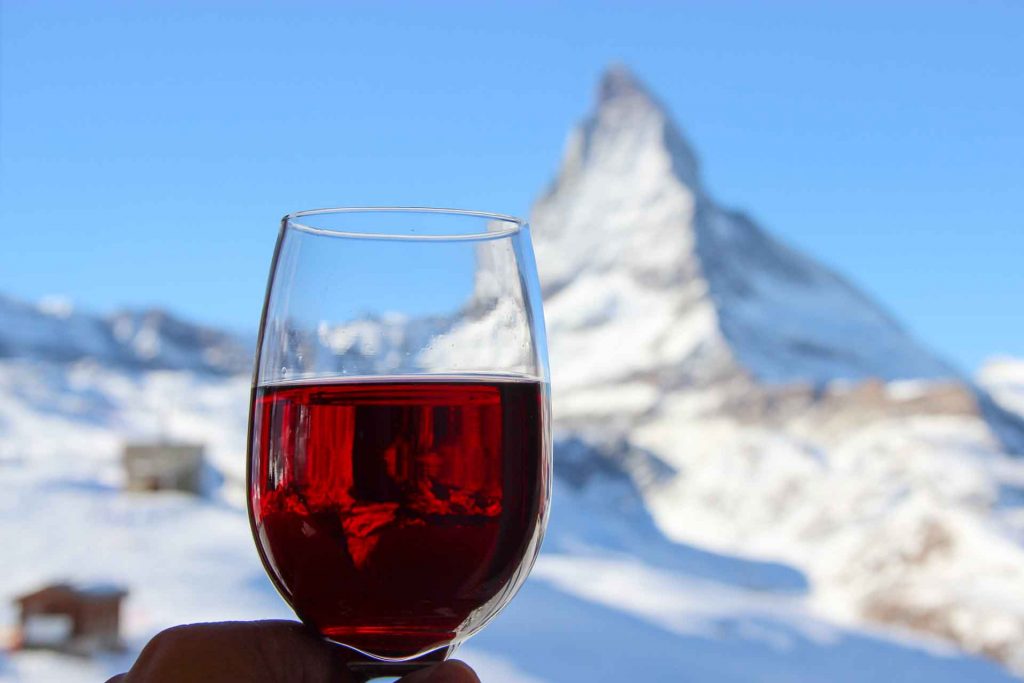 This unique festival brings together the fans of skiing, wine and food in one place and provides a unique experience for all its participants. WinterFest assembles the best winemakers, chefs and owners of the most famous restaurants in the region, gastro-bloggers, managers of the best hotels, representatives of foreign embassies in Serbia, journalists, artists and celebrities. It takes place at the Grand Hotel, one of the most luxurious winter resort hotels in Serbia. 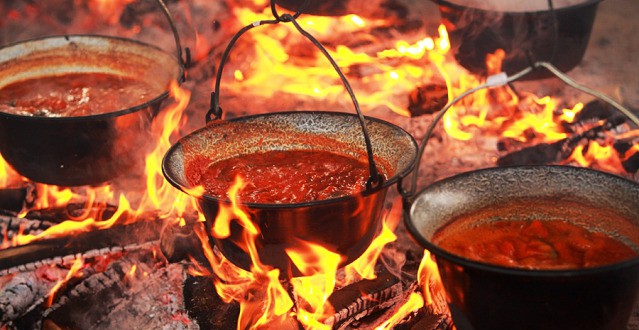 Fishermen’s Evenings is not only the most popular event in Apatin, but also the one with the longest tradition. It is believed that it originates from the time when Serbia was a feudal monarchy when fishermen used to gather to celebrate St Peter and Paul’s Day on June 29th. Fishermen’s Nights usually last for four days – they start on Thursday and close on Sunday. The programme is very diverse and includes a number of cultural, artistic, sporting and entertainment events. One of the greatest traditions of Fishermen’s Evenings in Apatin is a fish stew competition where the cook of the most delicious stew wins a trophy called Zlatni Kotlic (The Golden Cauldron). Of course, you are free to try the stew that is prepared here and we guarantee you it would be one of the most delicious that you have ever tasted. 3. 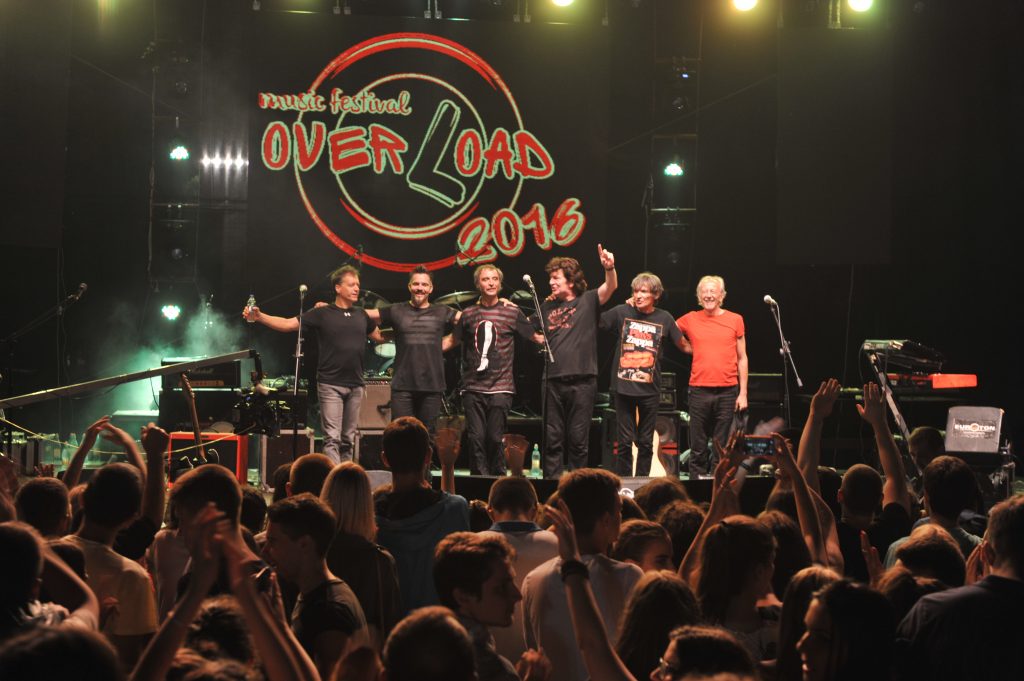 Overload is a unique music spectacle in Southern Serbia, known for its massive audiences that also come from Bulgaria and neighbouring Macedonia. Apart from the musical programme (usually featuring Serbian and ex-Yugoslav rock stars), the Festival also offers free accommodation in the camp nearby and has a motorcycle parade (usually comprising of up to 600 motorbikes) and biker games. 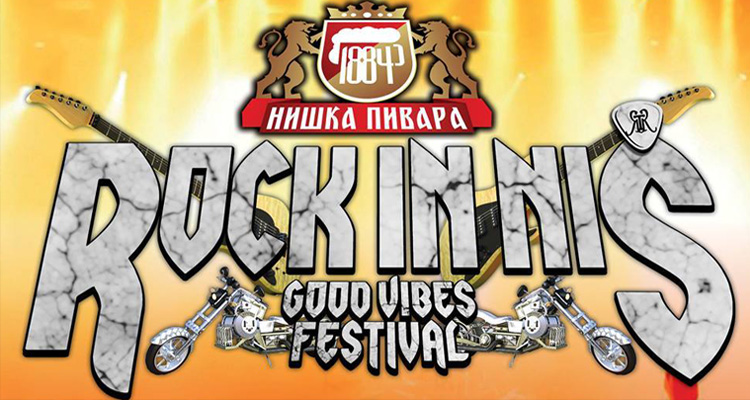 The association Ride to Rock Serbia, that organizes performances by blues, rock, punk and heavy metal bands in Serbian and Revolution Now from Niš are the brains behind the three-day outdoor festival in the vicinity of the Vrezina swimming pool complex that takes place in June every year. The entrance is free of charge. The aim of the Festival is to be a platform for young bands from South Serbia, but also for young bands from neighbouring countries – Croatia, Bulgaria, Romania and Macedonia.

5. Just Out Festival – The Manasija Monastery in Despotovac – takes place in August

If you are a fan of the Medieval times, knights, chivalry and duels, then, by all means, head down to Despotovac in August for the Just Out Festival. The Festival is held against a magnificent backdrop of the Manasija Monastery, celebrating almost 600 years since Despot Stefan Lazarević built one of the most beautiful medieval castles in Serbia, featuring 11 towers. At the Festival, you will be able to hear an incredible mix of modern and medieval music, eat good food, drink the finest Serbian wine and travel back in time while watching the knights fight. The entrance to the festival is free of charge.

Vranje is one of the most historically important cities in Southern Serbia. In ancient times, various Thracian tribes inhabited present-day Vranje, as well as the Agrianes (a Paeonian tribe) inhabiting the whole of Pcinja District. The Romans conquered the region in the 2nd and 1st centuries BC. The Roman fortresses in the Vranje region were abandoned during the Hun attacks in 539-544 AD. Its name stems from the old word for “black” (“vran”) in the Serbian language and first appears in the Alexiad (9, 4) by Byzantine princess and scholar Anna Comnena (1083–1153). Vranje is also known for its beautiful, melancholic music, outstanding food and spiritual tradition. All of this comes together for a few days in August, when the Days of Vranje event takes place.

The Serbian Wine Festival in Lazarevac is one of the most beautiful wine events in the country, with over 40 winemakers participating each year. The area of Lazarevac has been a winemaking region since Roman times and for people of Lazarevac wine is a way of life and a passion. This festival is organized with the aim of raising awareness about the rich wine culture and the quality of the wine of this region. Apart from wine tasting, the visitors are also able to enjoy in gastronomic delights. 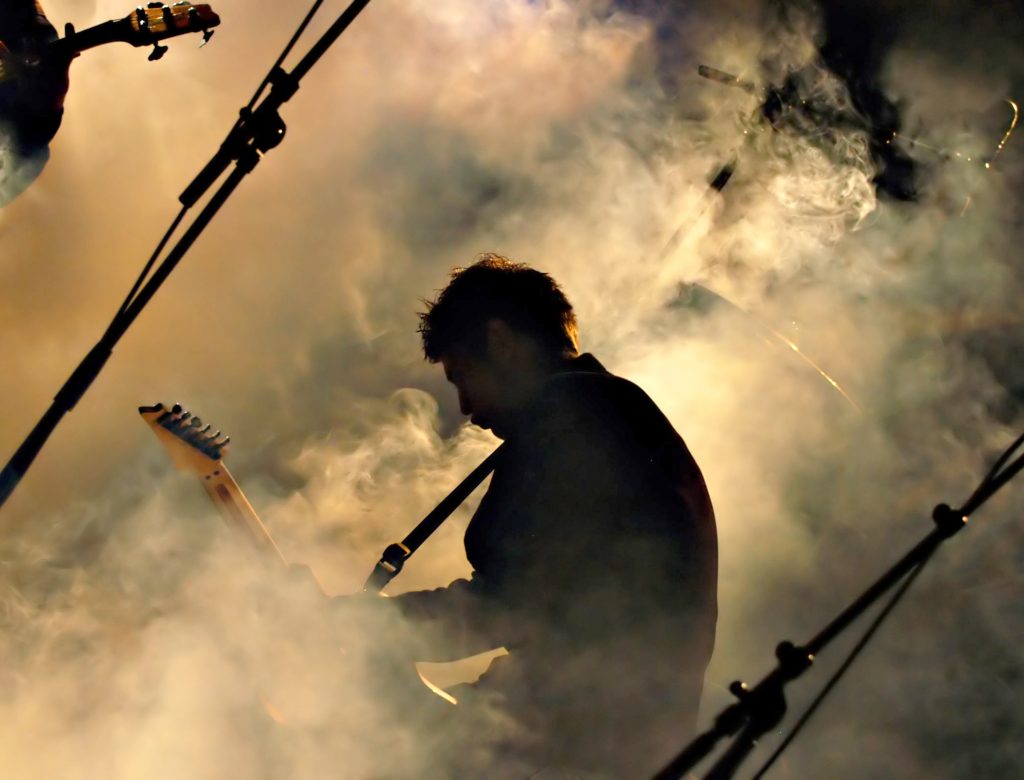 Where can you listen to great rock music and fly on a small plane or a glider? There is only one place in Serbia for that and that is Aero Rock Festival that takes place in Kraljevo every July. The festival takes place in an area that equals the size of 14 football pitches, located close to Brege Airport. Apart from listening to great music and flying on a plane, the visitors are also given an opportunity to try paragliding and parachuting. Plus, there is an aircraft modelling competition.

9. Prsutijada – the village of Mackat on Zlatibor – takes place in January or February 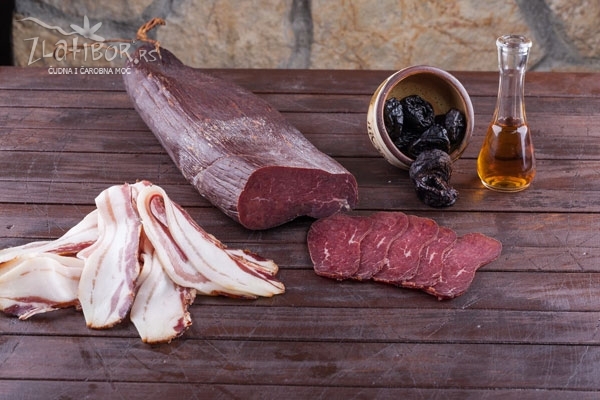 Prsutijada (cured meat festival) is traditionally in the village of Mackat, located between Uzice and Zlatibor, and for the past 17 years, it has the status of an event of national importance. The festival attracts over 10,000 visitors every year, and it also features the Dairy Fair. Here you can taste and buy all sorts of cured meat including pork and sheep sausages, bacon, prosciutto and others.  The altitude of the village of Mackat is thought to be perfect for meat production and curing. 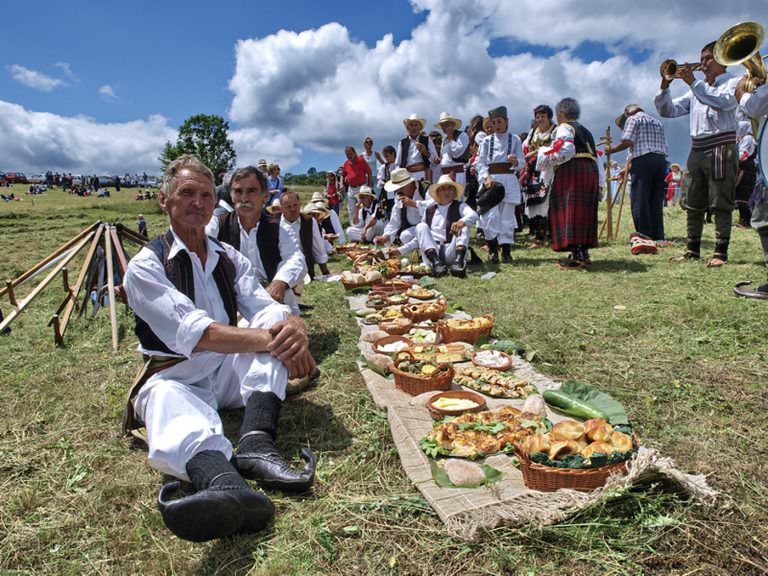 This unique event is a journey back in time when Serbia was the land of diligent farmers who used the old-fashioned tools like the scythe to mow the meadows that would later be used to feed their farm animals. The beginning and the end of the mowing season was always celebrated with traditional music and good food. The first ever Rajac Scythe Festival took place in 1892, and today, apart from hosting a mowing competition, the festival also showcases the Serbian folk dances and music, national costumes, old agricultural tools and machinery, the traditional food, and numerous 19th-century customs of rural Serbia. Mowers from all over the world, including Great Britain, Iceland, Romania, Russia, The Netherlands, Norway, Hungary, Slovenia and Montenegro, gather at the festival to participate in the mowing competition. And they are not the only one taking part in the festival – there are also water bearers, trumpeters and toastmasters. Each year, the festival is frequented by around 10,000 visitors. The Rajac Scythe Festival takes place in July on the Rajac Mountain, near the town of Ljig (some 80km south of Belgrade). 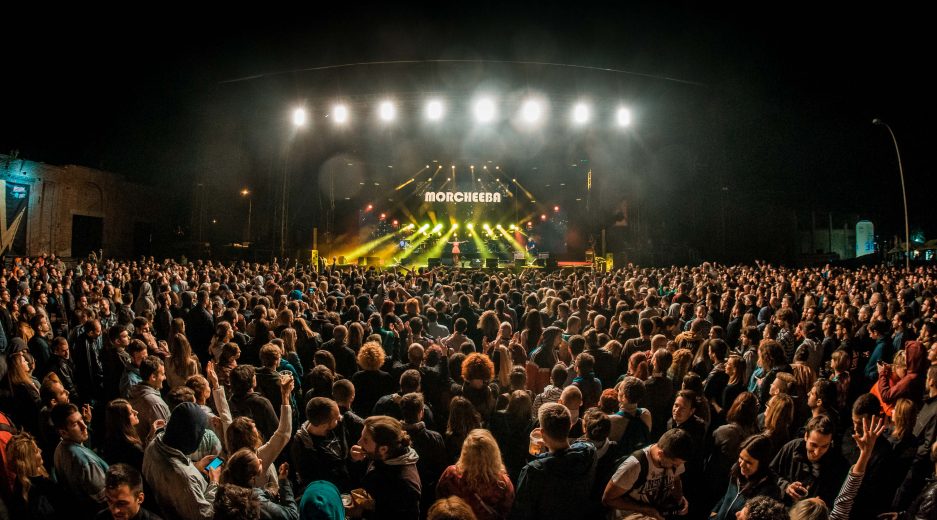 Arsenal Fest is usually held at the end of June in the city of Kragujevac, the heart of Šumadija and the former capital of Serbia, most recognizable today for its car industry. It lasts for three days, with performances on three big stages. Last year, the festival featured 44 artists including Texas, Morcheeba, Editors, The Kills, Enter Shikari, Dub Inc, Disciplin A Kitschme, Kultur Shock, Plavi Orkestar, Marky Ramone, Yu Grupa and Jinx. The festival takes place in an abandoned military complex called Knezev Arsenal, hence the name Arsenal Fest. 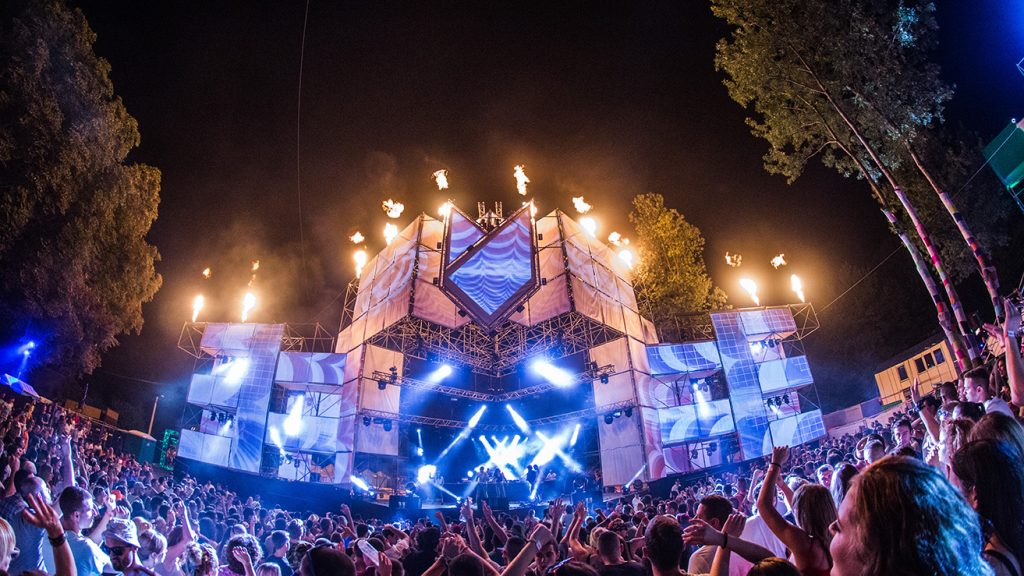 If electronic music (regardless of which sub-genre you prefer) is your thing, you should definitely not miss Lovefest in Vrnjacka Banja. Just to illustrate how popular this festival is, let’s just mention the fact that attracts at least 10,000 people every year and that this year, the lineup was made of the most popular DJs from Serbia and abroad including – the Spanish DJ, Rick Maia who performed in the b2b set with Battic & MIVU, the renowned Serbian DJ, Dejan Milicevic, the Belgrade DJ collective, DBDZ, DJ Du San also from Belgrade, followed by Blacksmith, Trips & Ticks, Teodora Van Context, Dasha Radenkov and DEE. 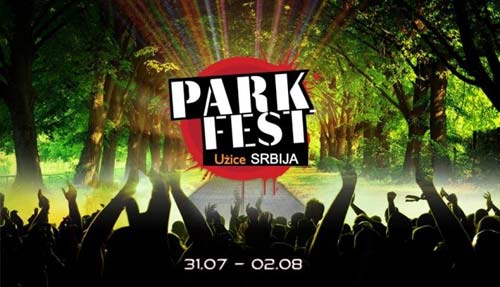 The Festival has launched 8 years ago and soon became the unique combination of a musical event for all generations and charity drive. It usually features live music from the most popular Serbian and ex-Yugoslav bands and singers including  Kerber, Zijo Valentino, Yu Grupa, S.A.R.S., Ritam Nereda, Dr Iggy, Alen Islamovic, Jurica Padjen and Aerodrom, 357, Crvena Jabuka and Riblja Corba.